Ukraine-Russia war live: Latest on war as Putin’s forces near Kyiv in convoy 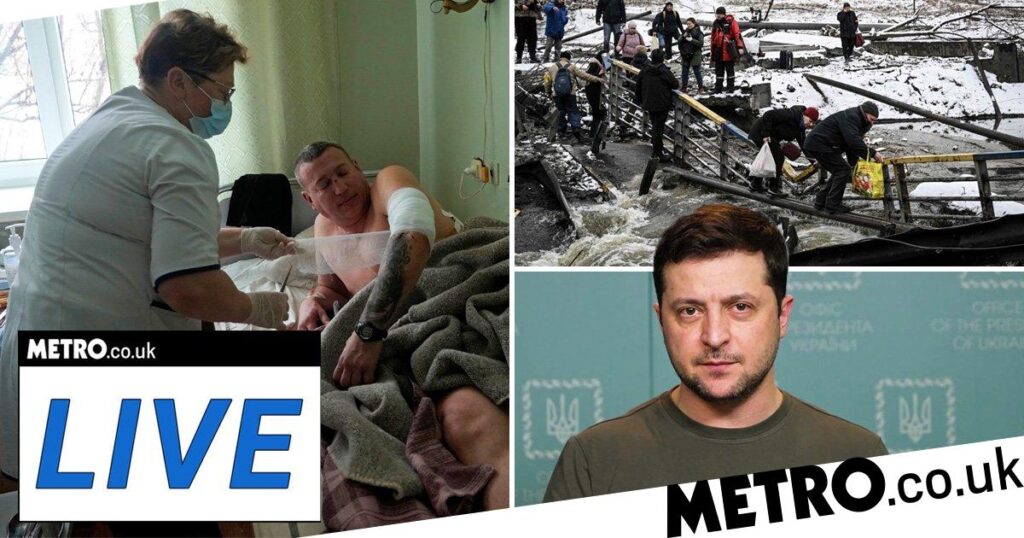 
Vladimir Putin has been warned he will ‘feel the consequences’ of invading Ukraine as his regime faces an investigation for possible war crimes.

Russia has been accused of using vacuum bombs, which are banned under the Geneva convention, as well as cluster munitions to ‘indiscriminately’ target civilians.

The chief prosecutor for the International Criminal Court has confirmed he plans to open an investigation into Russia’s actions ‘as rapidly as possible’.

Evidence continues to stack against Russia, as text messages allegedly sent by a soldier admitted to ‘shooting everyone, including civilians’.

Boris Johnson is visiting Nato’s border with Russia today, as he pushes for allies to ‘speak with one voice’ and ensure that ‘Putin must fail’.

Speaking in Warsaw, he accused Putin of using ‘barbaric and indiscriminate tactics’ and called on Europe to reduce its reliance on Russian oil and gas.

He faced an emotional plea from a tearful Ukrainian journalist, who said: ‘Children, instead of planes, are protecting NATO from missiles and bombs.’

Meanwhile Ukraine’s Volodymyr Zelensky gave an impassioned plea for more help from the European Union, which made an English translator choke up.

Prince Charles also weighed in on the invasion of Ukraine, saying it represents a ‘brutal and unconscionable’ attack on democracy.

As Ukraine calls for more assistance, an armoured convoy of tanks and troops around 65km long is edging towards Kyiv and is only 27km away.

Follow Metro.co.uk’s live rolling coverage of the crisis as it happens.