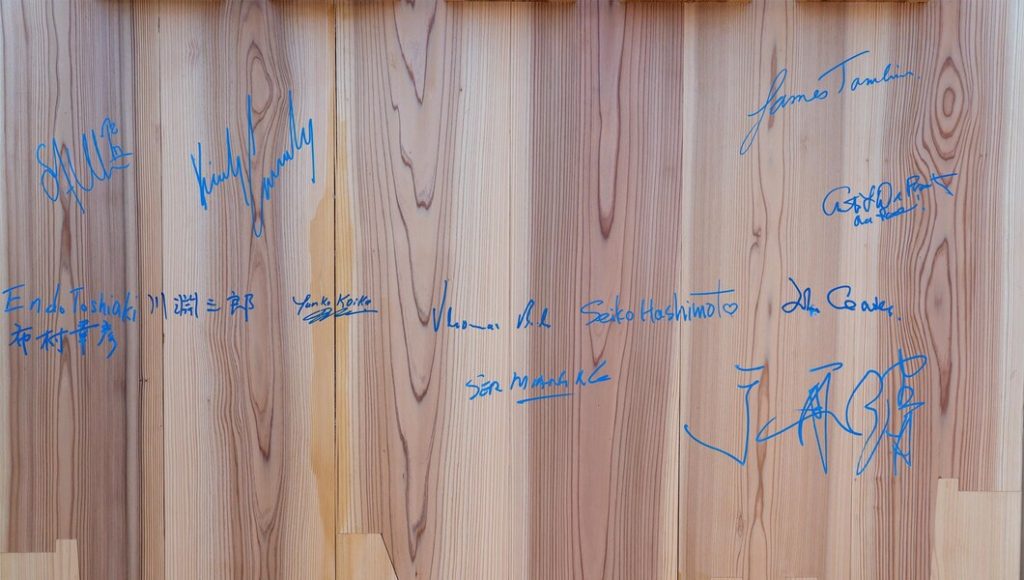 The Mural was inaugurated at the Olympic Village Plaza today by the International Olympic Committee (IOC) and Tokyo 2020, in the presence of IOC President Thomas Bach, along with the IOC Vice-Presidents, the outgoing members of the IOC Athletes’ Commission, Tokyo 2020 Village Mayor KAWABUCHI Saburo, Tokyo 2020 President HASHIMOTO Seiko and the Governor of Tokyo, KOIKE Yuriko.

Addressing the athletes who are about to compete in Tokyo, President Bach said: “It is in this Olympic spirit that I invite you to leave your signature on the Olympic Truce Mural, to show your commitment to make a better and more peaceful world through sport.”

During the inauguration ceremony, Tokyo 2020 President HASHIMOTO Seiko stressed: “With the arrival of representatives from all over the world in Tokyo, I believe the time of darkness and division caused by the spread of COVID-19 is slowly coming to an end, and a new era of peace and solidarity is beginning. Here in Tokyo, I hope the athletes will add their signature on the mural, calling as the voice of the Olympic Games for peace all over the world.”

To request archive photos and footage, please contact our Images team at: images@olympic.org.