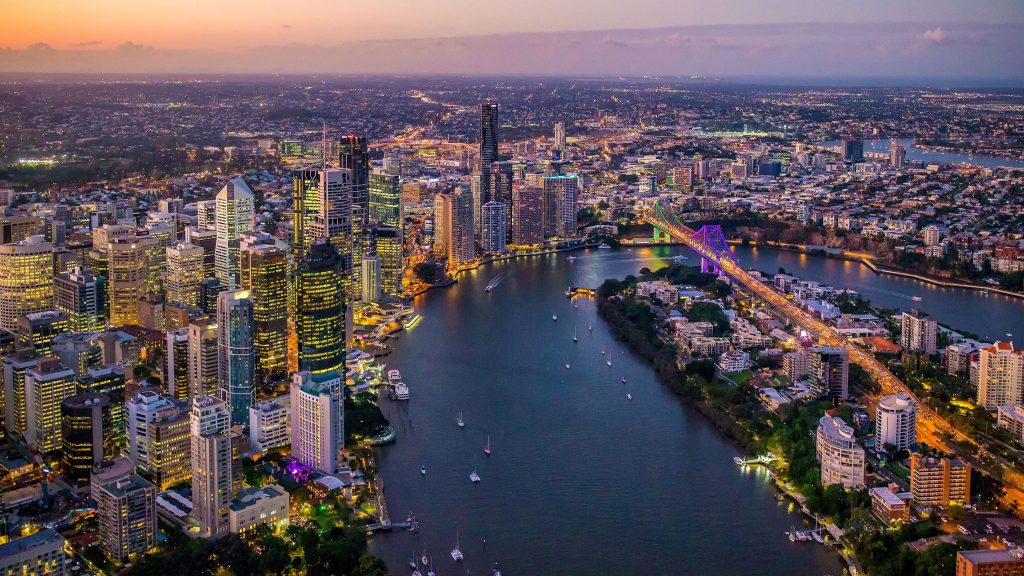 International Olympic Committee Members today voted to elect Brisbane 2032 as host of the Games of the XXXV Olympiad.

The secret ballot was held at the 138th Session in Tokyo, two days before the Opening Ceremony for the Olympic Games, under strict COVID-19 restrictions. The Session heard presentations by Brisbane 2032, including by video link-up from Australian Prime Minister Scott Morrison, as well as a final report from Kristin Kloster, Chair of the Future Host Commission for the Games of the Olympiad – the IOC body responsible for monitoring and analysing interest in hosting the Olympic Games and the Youth Olympic Games.

Brisbane received 72 yes and 5 no votes from 77 valid votes.

Before the vote, IOC Members were able to pose questions to Mrs Kloster about the election process, and to Brisbane 2032 about their proposal to host the Olympic and Paralympic Games in Brisbane and South-East Queensland.

IOC President Thomas Bach said: “We encourage Olympic Games projects which are sustainable and economically responsible, which deliver the best possible Games experience for athletes and fans, and which leave solid legacies for local communities. The Brisbane 2032 vision and Games plan fit into long-term regional and national strategies for social and economic development in Queensland and Australia and complement the goals for the Olympic Movement outlined in Olympic Agenda 2020 and 2020+5, while focusing on providing memorable sports experiences for athletes and fans. Today’s vote is a vote of trust that Brisbane and Queensland will stage magnificent Olympic and Paralympic Games 2032. We have heard a lot of positive feedback from IOC Members and International Federations in the past few months.”

Brisbane 2032 is the first future host to have been elected under, and to have fully benefited from, the new flexible approach to electing Olympic hosts. The reforms enable the IOC to work in partnership with cities, regions and countries, to encourage Olympic projects which use a high percentage of existing and temporary venues, which align with long-term development plans, and which have a strong vision for sports and local communities.

Following the election, the Host Contract 2032 was signed by the Honourable Annastacia Palaszczuk MP, Premier of Queensland and Minister for Trade, Councillor Adrian Schrinner, the Right Honourable Lord Mayor of Brisbane, and Mr John Coates AC, ﻿President of the Australian Olympic Committee.﻿

July 30, 2021
We use cookies on our website to give you the most relevant experience by remembering your preferences and repeat visits. By clicking “Accept All”, you consent to the use of ALL the cookies. However, you may visit "Cookie Settings" to provide a controlled consent.
Cookie SettingsAccept All
Manage consent

This website uses cookies to improve your experience while you navigate through the website. Out of these, the cookies that are categorized as necessary are stored on your browser as they are essential for the working of basic functionalities of the website. We also use third-party cookies that help us analyze and understand how you use this website. These cookies will be stored in your browser only with your consent. You also have the option to opt-out of these cookies. But opting out of some of these cookies may affect your browsing experience.
Necessary Always Enabled

Performance cookies are used to understand and analyze the key performance indexes of the website which helps in delivering a better user experience for the visitors.

Analytical cookies are used to understand how visitors interact with the website. These cookies help provide information on metrics the number of visitors, bounce rate, traffic source, etc.

Advertisement cookies are used to provide visitors with relevant ads and marketing campaigns. These cookies track visitors across websites and collect information to provide customized ads.

Other uncategorized cookies are those that are being analyzed and have not been classified into a category as yet.