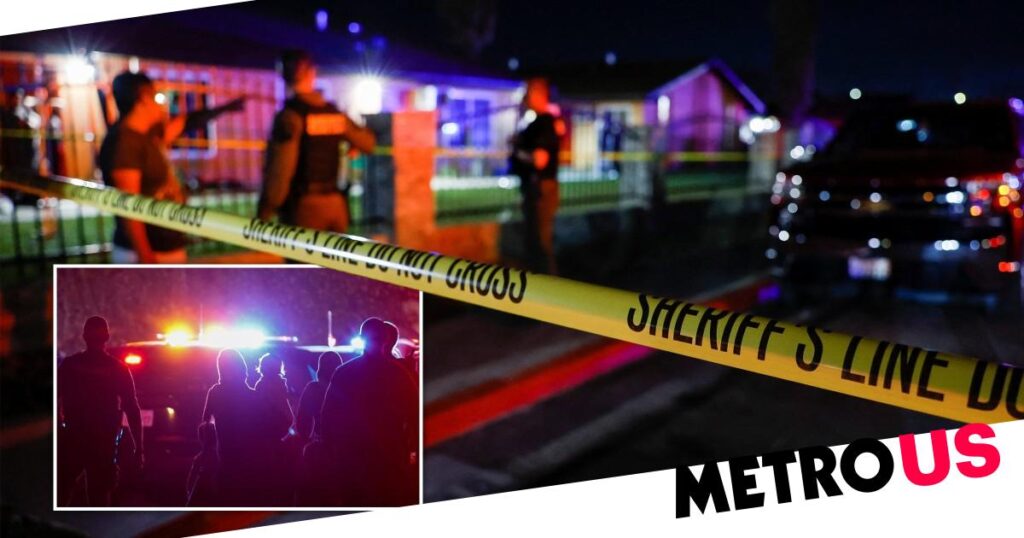 
A man has shot and killed his three children and their chaperone before turning the gun on himself at a church in California, authorities have said.

Deputies were called to the church, in the Arden-Arcade neighbourhood of Sacramento, at around 5pm yesterday after a church employee heard gunfire and called 911.

The Sheriff’s Office, which revealed further details of the incident last night, said the shooter was understood to be estranged from his daughters’ mum and she had a restraining order against him.

Investigators believe the shooting happened during a supervised visit between the children and their dad, Sheriff Scott Jones said.

The fourth victim was the girls’ chaperone, he added.

The shooter’s identity has not yet been released, but officials have said he was a 39-year-old man.

The shooting is being investigated as a domestic violence incident.

Officials said they did not know if the family belonged to the church, which sits on a mostly residential block near a commercial area east of downtown Sacramento.

Called The Church In Sacramento, the centre caters to English, Chinese and Spanish worshippers, according to its website.

‘Another senseless act of gun violence in America — this time in our backyard. In a church with kids inside. Absolutely devastating,’ he wrote on Twitter.