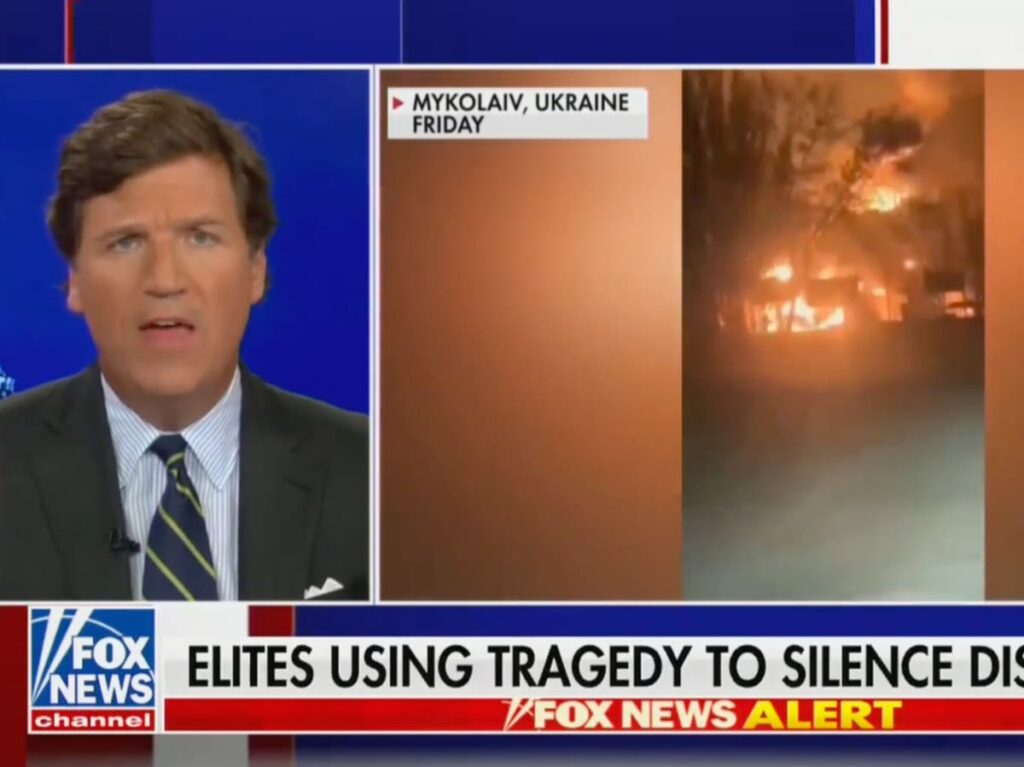 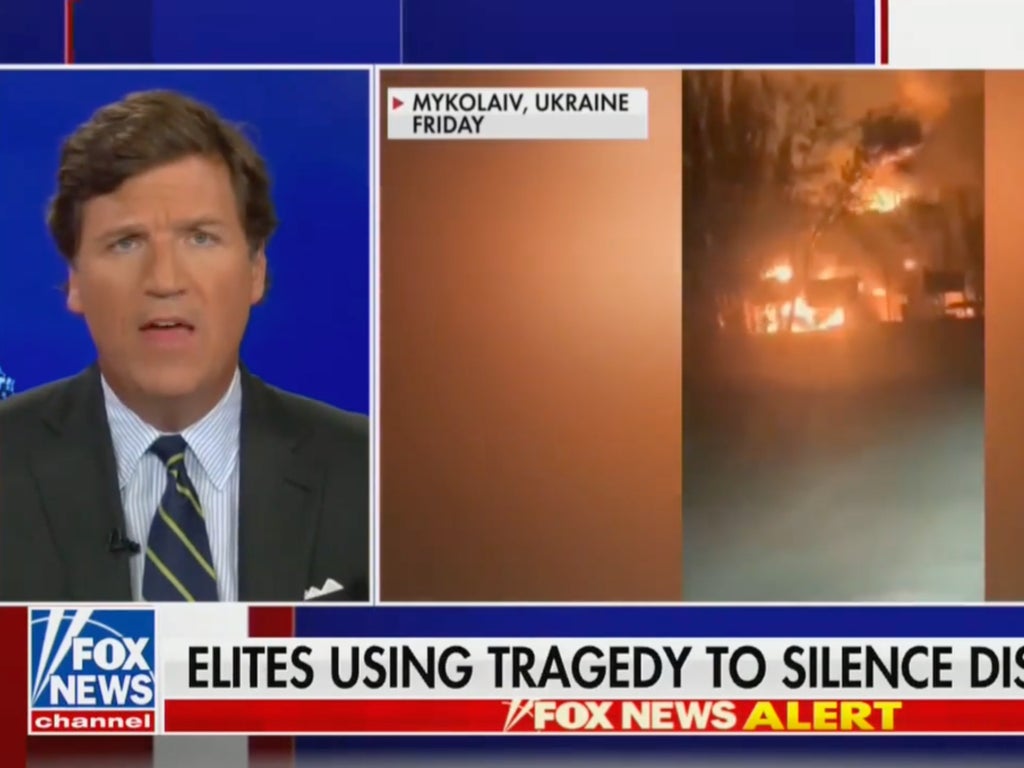 Canada and several European countries, as well as “elites”, were accused of “using this opportunity, this war in eastern Europe, to shut down domestic dissent in the United States”, after a number of American tech firms announced their own action against RT content.

That included Meta (the company formerly known as Facebook), announcing a ban on RT on Monday. YouTube and Google followed behind with a ban on RT content on Tuesday.

Ridiculing US allies for being the “first” to block Russia’s biggest broadcaster – and an alleged source of disinformation for Vladimir Putin’s regime – Mr Carlson rebuked both media firms and Democrats for censoring “opinion” and “debate” on Russian’s invasion of Ukraine.

“They hate populist politics in this country far more than they hate Vladimir Putin,” he said. “So they’re using this opportunity, this war in eastern Europe, to shut down domestic dissent in the United States, and you’re seeing it as always in our allies first”.

“Several of them, including Canada, have banned journalists who don’t agree with their view of the war,” he alleged, inaccurately referencing Canada’s ban on RT.

“If we’re gonna protect democracy, that should start at home and democracy is defined – literally defined – by the tolerance of the regime for dissent. But no dissent is allowed. So, they’ve pulled RT from the air waves in Canada.”

Mr Carlson cited an article from Mother Jones that suggested US President Joe Biden could also “crack down on pro-Russia disinformation”, including that allegedly issued by Tucker Carlson on Fox News.

He complained that “propaganda” was a word Democrats “get to define” and that the party was “talking about censoring the opinions of Americans. Now to be clear, that is not allowed in a democracy.”

Former members of the Soviet Union, including Poland and Estonia, have taken down RT in recent days following the invasion of Ukraine. As have the UK and France launched investigations into Russia’s main broadcaster, and its support for war.

It was not the first time Mr Carlson had appeared to argue in favour of Russia, with RT afterwards sharing his attack on US allies, Democrats and America’s biggest tech firms.

The Moscow-controlled network said “opinions” were being “shut down” during a “global crisis”.