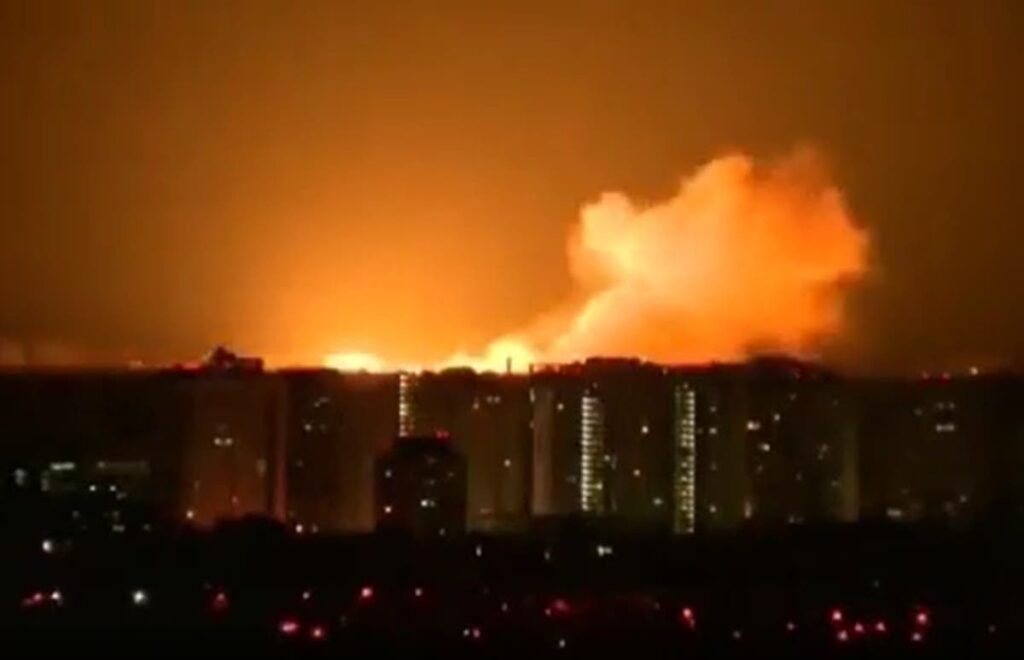 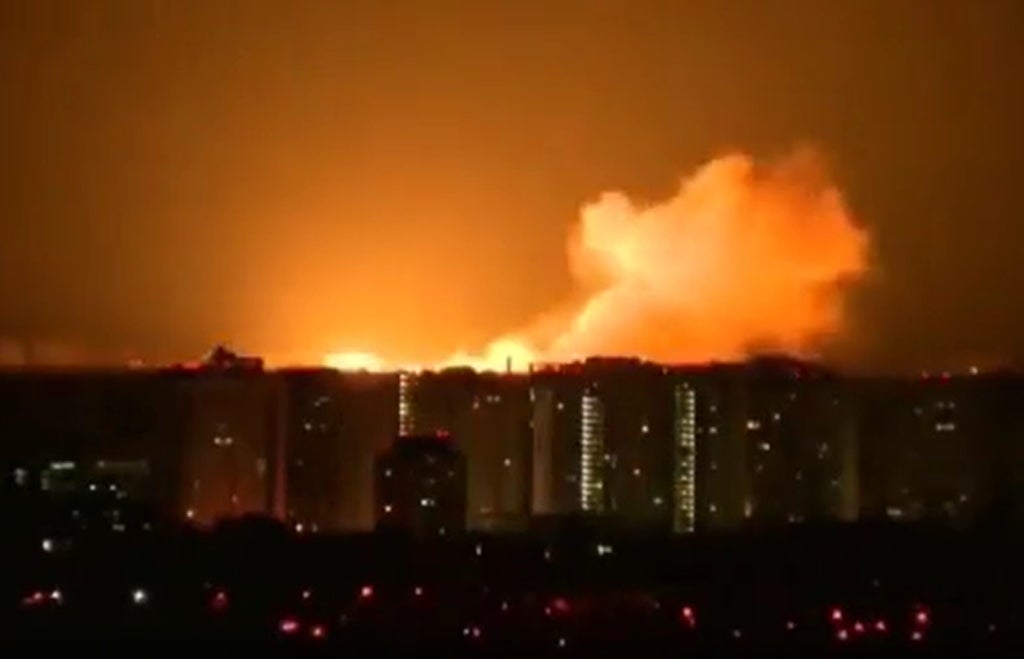 Ukrainian ambassador to the UK speaks to MPs

Russia is advancing on Kyiv with a huge convoy of armoured vehicles, tanks and other military equipment spanning more than 40 miles, according to new satellite images.

As the Russian invasion entered its sixth day, US senator Chris Murphy said Putin’s troops are preparing for a “long and bloody” siege of the Ukrainian capital.

Earlier on Monday, Ukraine was rocked by a number of huge explosions after the first round of peace talks between representatives of the two countries on the Belarus border.

And the economic sanctions brought against Russia appear to be building pressure on Vladimir Putin, as Moscow shut down its stock markets till at least 5 March with the Russian Ruble plummeting to a historic low.

Meanwhile, the International Criminal Court has announced it will investigate alleged Russian war crimes in Ukraine.

The West must not build military facilities in any countries of the former Soviet Union, Russian foreign minister Sergei Lavrov was quotes as saying on Tuesday.

He reportedly said that Moscow was taking measures to prevent Ukraine from acquiring similar weapons.

Yesterday, Kosovo asked the United States to establish a permanent military base in the country and speed up its integration into Nato.

Ukrainian president Volodymyr Zelensky has condemned the Russian attack on the city of Kharkiv as a military crime.

Speaking in a video posted on social media, Mr Zelensky said that in five days Russian forces had launched 56 missile strikes and 113 cruise missiles in Ukraine.

Belarius has sent its troops into the Chernihiv region in northern Ukraine, Ukrainian authorities have said.

In a tweet posted on Tuesday morning, the Ukrainian parliament confirmed earlier reports that Belarus had joined the Russian invasion of Ukraine.

Boris Johnson has said the UK is ready to “intensify” sanctions on Russia and go on supporting Ukraine “for as long as it takes”.

Ashley Cowburn has the latest:

The mayor of the southern Ukrainian city of Kherson has said that the Russian army has set up checkpoints into the city but added that they have not surrendered.

Posting on social media in the early hours of Tuesday morning, Igor Kolykhaev said that the city was still under Ukrainian control.

“This first day of spring, Kherson is still Ukraine,” he said. “This is the first good news this morning. Little has changed since last night: the city was not shelled – and this is the second piece of good news.”

“At the entrances to Kherson, the Russian army installed checkpoints. It’s hard to say how the situation will develop further. But now I’m in my office coordinating the work of city services so that in the morning you wake up in a relatively peaceful city.”

At least 600,000 people have fled Ukraine in the first five days – NGO

At least 600,000 people have fled Ukraine in the first five days of the invasion, the International Organisation for Migration has estimated.

They estimate that there are over 470,000 third country nationals from various nationalities within Ukraine, including a large number of overseas students and labour migrants.

At least 6,000 have arrived in Moldova and Slovakia alone.

The Indian ministry of external affairs has confirmed that an Indian student was killed in the shelling in Kharkiv on Tuesday morning.

“The ministry is in touch with his family,” spokesperson Arindam Bagchi said. “We convey our deepest condolences to the family.”

Mr Bagchi added: “Foreign Secretary is calling in Ambassadors of Russia and Ukraine to reiterate our demand for urgent safe passage for Indian nationals who are still in Kharkiv and cities in other conflict zones.

“Similar action is also being undertaken by our Ambassadors in Russia and Ukraine.”

“Due to the ongoing war in Ukraine, we’re blocking YouTube channels connected to RT and Sputnik across Europe, effective immediately,” Google said in a tweet.

Shipping group Maersk will temporarily halt all container shipping to and from Russia in response to Western sanctions on Moscow, Reuters has reported.

The suspension, covering all Russian ports, will not include foodstuffs, medical and humanitarian supplies, the company said in a statement.

“As the stability and security of our operations is already being directly and indirectly impacted by sanctions, new Maersk bookings within ocean and inland to and from Russia will be temporarily suspended,” Maersk said in a statement.

Poland, which neighbours Ukraine, has been supporting the hundreds of thousands of war refugees arriving in their country.

Ahead of Mr Johnson’s arrival in Poland, he said that the UK would “continue to bring maximum pressure to bear” on Russia.