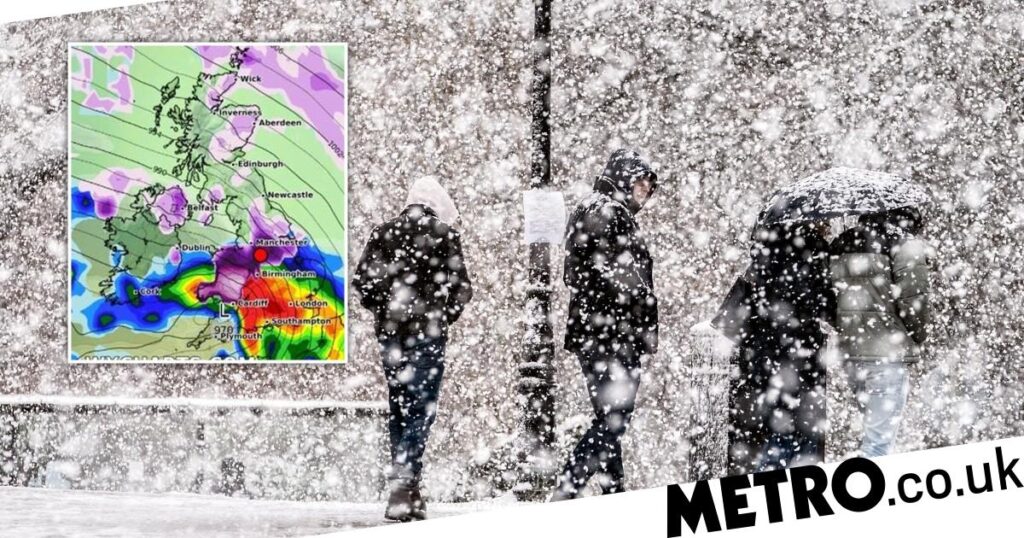 
The UK looks set to see snow in around two weeks as temperatures plunge to -4°C in some cities.

People can expect a ‘cold snap’ over the middle of the month with the Met Office warning of sudden low temperatures after a mild February.

According to new weather maps from forecaster WX Charts, a snow bomb is moving across the Atlantic and could reach the UK in a matter of days.

Around three inches of snow are predicted to land in some places around March 10, especially in areas of Wales and central England.

Parts of northern England and Scotland will see a frosty start of -2°C to -4°C.

This week Scotland, Northern Ireland and northern England will be dry and clear during the evening, the Met Office said.

Weather will be unsettled across southern and central England and Wales, with spells of rain which will spread northwards to reach northern England by dawn.

‘Temperatures will initially be around average by day (8 to 11°C) with any frost confined to a small area in the north of Scotland, although we could possibly see 13 to 14°C in the South East on Thursday in more persistent brightness,’ said Oliver Claydon.

‘Temperatures will then gradually decline through the remainder of the week with decreasing amounts of cloud.

‘Daytime temperatures will be between 1 to 3°C below average for the time of year by the weekend with maximums typically in single figures (6 to 9°C) for all by Sunday with the chance of frost spreading a little more widely.’

He explained this is not a real cold snap, but the drop in temperature will feel like one compared to the milder than average February nearly everyone across the UK has experienced.

He added: ‘Milder air is expected to move in from the west by the middle of next week.’

As for this week, there will be clear spells allowing a frost and possibly a few fog patches in the north on Wednesday.

Frost will begin overnight from Thursday, with a slow-moving band of cloud and rain.