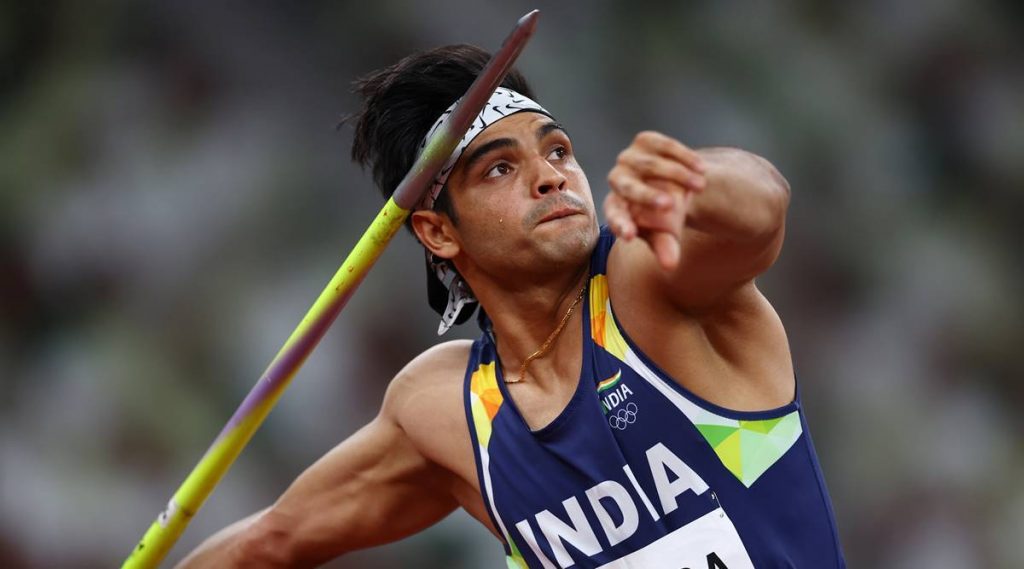 Neeraj Chopra, with a best effort of 87.58 metres, led from start to finish as favourite Johannes Vetter crashed out early in the javelin throw at the Tokyo Olympics.

India’s Neeraj Chopra became only the second individual Indian athlete after Abhinav Bindra to be crowned Olympic champion as he won gold in the men’s javelin throw at the Tokyo Olympics on Saturday.

The gold medal is also India’s first Olympic medal in track-and-field events. It took India’s medal count at Tokyo 2020 to seven – their best-ever haul at a single Olympics. India had won six medals at London 2012 but there were no gold medals.

Neeraj Chopra – who had also finished top of qualifying – began with a 87.03m throw at the Olympic Stadium in Tokyo, the best of anyone after their first attempts.

The Indian javelin thrower then improved to 87.58m with his second throw to maintain his place at the top and went only 76.79m in his third attempt. However, he had done more than enough to get three additional attempts.

In the javelin throw, the top-eight after three attempts each get an additional three throws to make their best attempt.

German world No. 1 and world champion Johannes Vetter only finished ninth and did not get his three additional throws. It was the biggest surprise of the event.

Neeraj Chopra’s fourth and fifth attempts were foul throws and he finished with 84.24m.

Neeraj Chopra’s historic feat ensured that India ended the Tokyo Olympics on a golden note. The men’s javelin was the last event for the Indian contingent at the Summer Games.