Queen pictured back at work after recovering from Covid battle 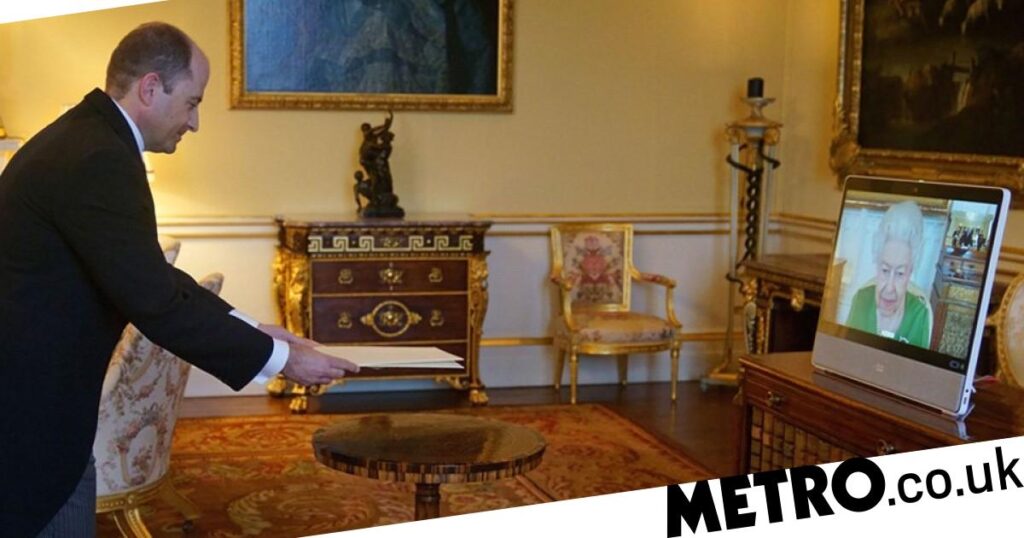 
A new picture shows the Queen holding virtual audiences as she recovers from Covid.

Her Majesty felt well enough to speak to foreign diplomats after postponing a number of similar engagements last week.

There were concerns for the frail 95-year-old monarch after she tested positive on February 20.

Buckingham Palace said at the time she was experiencing ‘mild cold-like symptoms’.

She is believed to be making a ‘good recovery’, although remains on ‘light duties’ until she is back to full strength.

On Tuesday, she received His Excellency Mr Carles Jordana Madero via videolink from her Windsor Castle home.

He presented the Letters of Recall of his predecessor and his own Letters of Credence as ambassador from the Principality of Andorra to the Court of St James’s.

She also welcomed His Excellency Mr Kedella Younous Hamidi, who presented his Letters of Credence as ambassador from the Republic of Chad to the Court of St James’s.

It comes after she reportedly enjoyed a sunny afternoon with her family on her Windsor Estate on Sunday.

The Duke and Duchess of Cambridge joined her, along with their children Prince George, Princess Charlotte and Prince Louis.

Princess Beatrice and her daughter Sienna also stopped by for the first family gathering since the Queen was unwell, The Sun reports.

It comes as members of the Royal Family issue rare political statements in support of Ukraine.

The future King said it represented an ‘unconscionable’ attack on democracy and freedom during a visit to Southend.

Meanwhile, Prince William and Kate Middleton have said they ‘stand with the President and all of Ukraine’s people as they bravely fight for their future’.