Weight loss: Why we should stop complimenting it 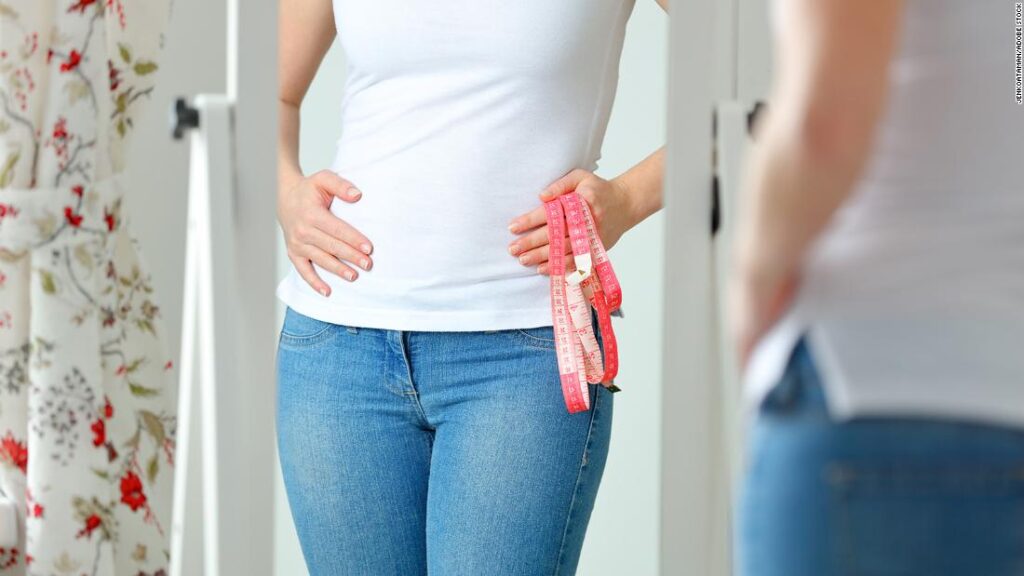 Such comments are well meaning but can have unintended negative consequences.

“In that case, we are unintentionally exacerbating or affirming the thin ideal that our society tends to emphasize and idolize,” said Alvin Tran, an assistant professor of public health at the University of New Haven in Connecticut, who does research on eating disorders and body image. “We need to be very cautious when we do approach conversations around someone’s physical appearance, especially their weight.”

This is especially important when talking to people with eating disorders or serious body image issues, since such remarks can worsen their situation. Compliments about someone’s weight loss or thinner body perpetuate society’s deep-seated diet culture, Tran said, and the idea that thinness is inherently good.

“We do tend to operate (as if) we can somehow look at people and, based on body size, determine whether they’re healthy,” said Tamara Pryor, a senior fellow and director of research at ED Care, an eating disorder treatment center based in Denver. “We have people in large bodies that are in a state of malnourishment as well as people in extremely low size that are malnourished, and people that are standard size but still very severely compromised by an eating disorder. People can’t look at them and tell that.”

But if you’re pleased or wowed by how someone looks, should you not compliment them at all? What is and isn’t OK to say? CNN asked for advice from Pryor and Joann Hendelman, the clinical director of the National Alliance for Eating Disorders.

The following conversation has been lightly edited for length and clarity.

CNN: Why else is complimenting someone’s weight loss or thinness problematic?

Tamara Pryor: It’s intrusive. Whose business is it for us to be passing judgment, particularly expressing it verbally? We might look at people and make judgment calls, but we need to keep it to ourselves. I come from the second wave of the feminist movement, where it was “my body, my business.” That still stands to be the case.

CNN: How might people on the receiving end feel?

Pryor: If somebody said to me, “Oh my gosh, you look great. You’ve lost some weight,” I would find myself thinking, “What did you think of me beforehand? Was I not acceptable?” I could imagine the pressure the receiver would then feel to maintain the lower weight or lose more weight to receive more praise or be accepted. They might think, “What about me and the essence of who I am as a human being?” There are both physical consequences and significant psychological consequences that get perpetuated.

Joann Hendelman: If you don’t get that compliment, then it becomes, “There’s something wrong with me. I’m not good enough.”

CNN: What should people consider when they want to praise someone’s thinner appearance?

Pryor: Any questions regarding appearance tend to be triggering, and they’re more triggering for people with eating disorders, because they have such a heightened sensitivity about how they’re being judged based on body shape and size.

My patient and her mother went to a clothing store. She’s extremely low weight and anorexic, and had just started treatment. As she’s in the dressing room, her mom gasps, because when she saw her daughter trying on clothes, she realized how extreme the weight loss was. In comes the clerk, who hears the mom say, “Oh, honey, I’m so sorry. I had no idea that your weight had gotten so low. I’m so grateful that you’re in treatment now.”

The clerk said, “Are you kidding? I would die to be that thin. How did you do it?” So, then the patient has this mixed and conflicted response: She can feel her mother’s very real concern, but on the other hand, she’s getting complimented.

Hendelman: I have known and worked with people who had cancer or another reason why their bodies were small. For them, compliments are very uncomfortable because they know they have this horrible illness, and yet people are complimenting them on this weight loss that they would give everything not to have.

CNN: What can people say instead?

Pryor: Find ways to engage that don’t include commentary on their bodies.

If someone needed to lose weight for health reasons, complimenting them on their tenacity in achieving that goal isn’t best. Because then it’s like, “Oh, boy, what if I fail or gain some weight back?” That feels like a lot of pressure. Instead, if someone brings up recent weight loss, ask how they feel about the weight they’ve lost or what made them do it, rather than making a judgment yourself.

Hendelman: Compliment them on what they’re wearing, or say something like, “Your eyes are so bright today” — those kinds of things. If a friend is still so tied to being skinny in order to get compliments, and I say how fantastic that is, I am supporting their focus on their body size and doing them a disservice.

CNN: How can people stop perceiving weight loss or thinness as ideal and inherently good?

Pryor: Think about what being healthy means and what your body can do for you — such as taking in the nutrients you need or gaining strength.

Hendelman: If we could all accept that our bodies get us from this position to the next position, and that it’s not about the way our bodies look, but what’s inside — it’s amazing how much our bodies can give us back.

It’s important to accept who we are and our uniqueness. We have to accept our genetics. The more we can accept our bodies, the healthier we are likely to be. Believe that our bodies know best.