What having OCD in the pandemic is really like 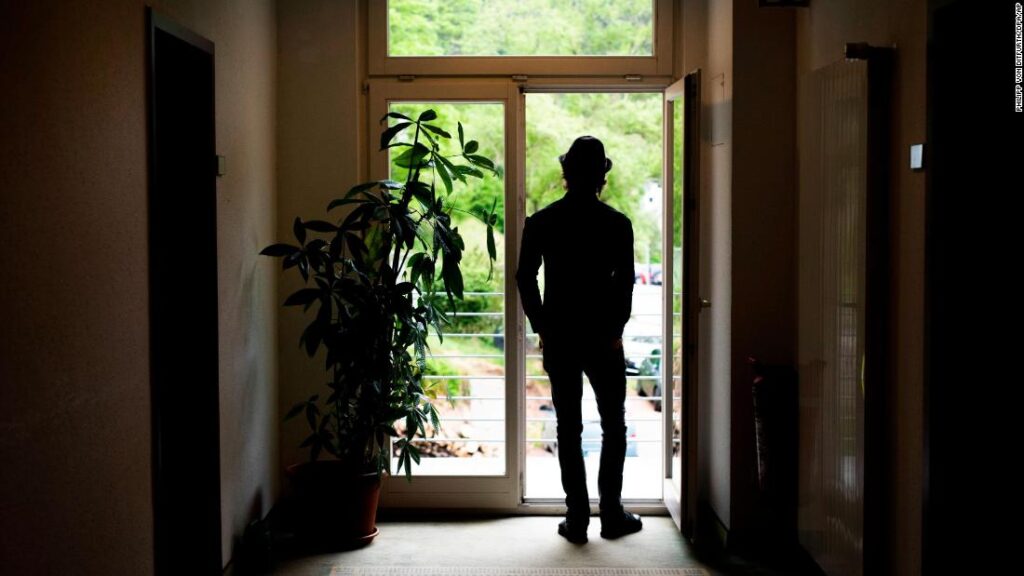 “I know that the uncertainty was hard for others,” said Dell, who lives in Martinsville, Indiana. “Those of us with OCD have been like, ‘Welcome. This is what it’s like for us all the time.'”

The prevalence of OCD was on the rise even before the pandemic, according to a 2020 study. And clinicians have more patients seeking treatment, according to Bianca Simmons, a Houston therapist specializing in OCD.

The stress, disruptions and uncertainty of the pandemic has posed challenges for those who have been diagnosed with OCD and those experiencing tendencies that line up with the disorder, said Broderick Sawyer, a clinical psychologist in Louisville, Kentucky. But even as the world transitions to a sense of normalcy, challenges lie ahead for many people.

The disorder is not just about fastidiousness and a tendency toward organization, said Erin Nghe, a licensed clinical social worker who treats patients with OCD in the Atlanta metro area. It’s an often debilitating disorder that can latch on to core fears, including concerns over morality and the potential for harming others, Nghe said.

Before seeking intensive treatment, Dell said that 12 hours of her daily life was taken up by attending to her compulsions.

Symptoms can be exacerbated by stress of any kind, Simmons said. And even as the pandemic disruptions wind down, there could be challenges in maintaining mental health. It’s important for both people with an OCD diagnosis and those without one to recognize the stress that may come their way and learn to address it in a healthy way, Sawyer said.

“The pandemic is ending, and some people are going to return to normal, but my brain will never return back to normal and it’s something that I’ve had to learn to deal with through recovery and treatment,” Dell said.

There is a lot of potential for relief from mental distress as more people are vaccinated and lockdowns wind down.

Resources can become more accessible again, for one.

They had become scarce as many providers moved to virtual appointments or were pushed to limit access to or close their clinics — meaning many people who were seeking treatment were held in waiting-list limbo, said Elizabeth McIngvale, founder of Peace of Mind Foundation, a nonprofit that supports and advocates for people with obsessive-compulsive disorder.

With widely distributed vaccines and a decrease in hospitalizations, more people can gather with social circles and engage in more public activities with a greater sense of safety, which is helpful to people managing OCD or any mental health concern, Simmons said.

“People need to be around people, and people get sad when they are not,” she said.

Having OCD tendencies can drive those with the condition to avoid the people, places and things that are important to them, even though managing symptoms often means engaging with those you value, McIngvale said. There are crucial benefits to people feeling more at ease doing things they love again, she added.

The difficulties of the trend toward opening social spaces back up cannot be ignored, however.

Scientific understanding and recommendations and even the status of the virus have changed quickly over the course of the pandemic, and the uncertainty can mean stress for anyone, Sawyer said. Things calmed down recently, but now US coronavirus cases are rising as the Omicron subvariant BA.2 takes hold. The desire to open up society even as the coronavirus continually evolves can be a disconcerting source of instability, especially for those with OCD.

Then, there is the reintroduction of triggers, stimuli of many kinds that initiate anxious, obsessive thoughts, said Jelani Daniel, a therapist based in Houston.

When we were isolated, we had more control over our environment, and people with OCD could more easily avoid things that might trigger their symptoms, Sawyer said. Now, people have to face those triggers again, many of whom experienced a stretch of time when they were not able to access mental health resources easily, he added.

Where to turn for help

The first hurdle to managing any mental health concern is learning to recognize what you are feeling and when negative stress is building — because stress can make everything more difficult to manage.

Sawyer advocates that everyone practice mindfulness, which is not just sitting still to meditate. It can be paying closer attention to what is going on in your internal world, observing it and learning from it —rather than getting wrapped up in it.

As things feel more out of control, Simmons said it’s important to make the adjustments to make your mental health a priority, whether that be asking for flexibility in your workspace or carving out time to take walks outside on a regular basis.

For those experiencing intrusive thoughts and compulsions that are inhibiting daily life, McIngvale urged people to seek the help of a mental health professional with a specialty in OCD. In particular, find a provider trained at a clinic specializing in OCD who uses exposure and response prevention treatment, she suggested.

And there is also a welcoming community of people with OCD to look to for support, she added.

“When OCD gets to feeling at its worst, it’s hard to remember that there is a way out of the hole you are dug into,” Dell said. “But there are resources out there.”