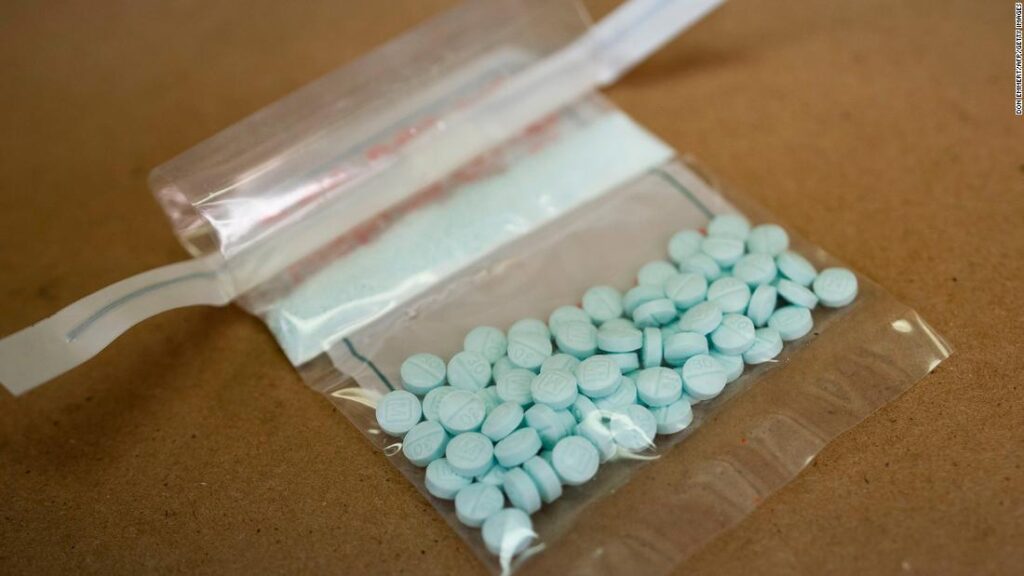 Adolescent overdose deaths in the United States more than doubled from 2010 to 2021, jumping from 518 to 1,146 deaths annually, according the study, which published in JAMA.

In 2021, fentanyl was involved in more than 77% of adolescent overdose deaths, the study said. Fentanyl is 50 times more powerful than heroin and is extremely cheap to produce, according to the US Drug Enforcement Agency.

With drug use among teens currently at a historic low, researchers said the amount of fentanyl being sold to them in the form of counterfeits of common medications — and the lack of awareness of the risks they face taking these pills — is a big part of the problem, Friedman said.

Young people are buying what they think are legitimate pills, but actually “they are pressed pills with drugs that were made in the underground market, and they were pressed to look real,” said Sheila Vakharia, deputy director for the Department of Research and Academic Engagement in the Drug Policy Alliance.

Vakharia was not involved in the study.

Changing our schools and family conversations

The focus in reducing teen drug use in the US has been successful, said study author Morgan Godvin, a writer and an advocate for overdose policy.

The bad news is that big changes need to be made to reduce overdose deaths, she added.

These aren’t the prescription pills that older generations used (and teens sometimes swiped from their medicine cabinets). Counterfeits are now being made with fentanyl, packaged to look near identical to legitimate medicines and sold on the street to teens who are unaware of the risks they pose, said Godvin.

“We need to update their understanding so that they know that pills are actually becoming the most dangerous thing,” Friedman said.

And with varying levels of fentanyl in different pills, both people who are experimenting and those who regularly take the pills often don’t know what they are getting and are at risk, Friedman said.

To address the rise in deaths, Friedman, Godvin and Vakharia said that schools and families need to focus on educating adolescents on the real risks around drugs, what an overdose looks like, how to access naloxone, which is used to treat overdoses, and how to test drugs for the presence of fentanyl.

Harm reduction is not enabling

Some families of adolescents may be afraid that honest conversations about safe practices to reduce overdose deaths could open the door for their children to begin using, but Godvin said the opposite is true.

“This fear of sending the wrong message about drugs is sending teenagers to their graves,” Godvin said. “(Parents) are so critical as a credible messenger for their own kids or for those in their kid’s peer group.”

“Harm reduction is not enabling them,” she added.

Not all teens will engage in experimentation with substances, but many will. Even with historic low rates of drug use, nearly 20% of teens in 8th, 10th and 12th grades used illicit drugs in 2021, according to the National Institute on Drug Abuse.

Both teens who will try drugs and alcohol and those who don’t benefit from having an honest, nuanced understanding of the risks that they pose.

If a parent says that people who try ecstasy often die immediately, and a child goes to a party where dozens of other teens take the drug and show up at school on Monday, they may lose confidence in the information they get from the trusted authorities in their life, Godvin said.

Instead, they often then turn to peers, the internet and popular media for their information — which can often give dangerous misinformation, she added.

Conversations that teach which drugs are risky and which are outright dangerous as well as how to handle drugs safely benefits teens on multiple fronts. They both empower adolescents to make smarter decisions and give kids the message that their families are there for when they have questions part of the problemas well as when they need help, Vakharia said.

“When you give people better options, they make better choices,” Godvin said.