The European Credit Market Is Stirring Back to Life 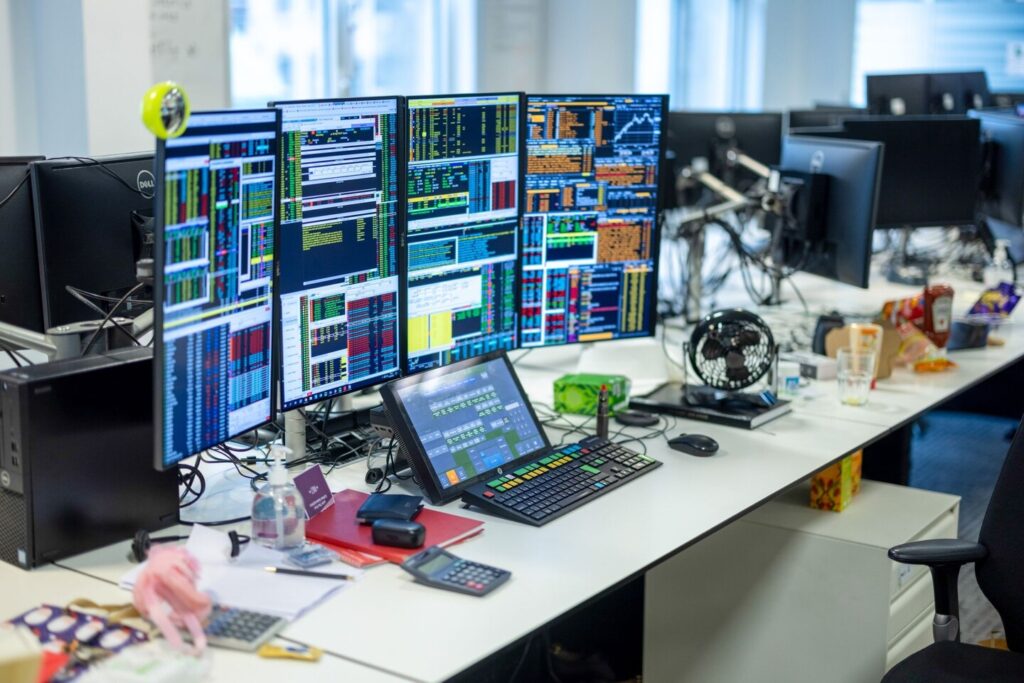 In addition, the premium that European investment-grade corporate debt offers over government yields has almost doubled since January, albeit from a very low base having reached a record low in the summer of last year.

But investor demand is reemerging at these more attractive spread levels, reinforced by zero defaults or downgrades into junk territory in the past year. Meantime, overall rating company upgrades outweigh downgrades by more than three to one. The backdrop is still very benign with the European Central Bank pumping in monetary stimulus and the fiscal cavalry having finally arrived with the NextGeneration European Union recovery fund.

With 65 billion euros ($72 billion) of new bond deals from more than 40 issuers including companies, governments, banks, and agencies, last week was Europe’s second-biggest five-day tally of the year after almost 100 billion euros printed in the traditionally busy second week of January. Year-to-date sales worth 474 billion euros still trail 2021 by 12%, but that gap will narrow in the coming weeks as an impressive cast of corporate deals competes for attention with high-quality government-related issuers, as well as banks.

The European Union was the largest issuer last week, with a 10-year deal yielding a bit more than 1% drawing investor demand worth nearly six times the 10 billion euros of bonds on offer. The Republic of Austria also raised 4.5 billion euros in 10 years, with close to 30 billion euros raised last week in the sovereign, supranational and agency sector.

But it’s the return of corporate issuance that illustrates the market rebound, with more than 23 billion euros of new debt placed last week. Volkswagen AG kickstarted proceedings, raising a bumper 2.25 billion euros for its auto finance unit and attracting bids four times the deal size. Akzo Nobel NV was the most popular corporate deal with an order book better than seven times the securities on offer, but there were also successful multi-billion euro deals from L’Oreal SA, E.ON SE, Bayer AG and Linde PLC.

After raising $8.75 billion in the U.S. earlier in the week, GlaxoSmithKline Plc’s consumer healthcare unit Haleon then tapped European buyers in a two-part sale comprising 2.35 billion euros and 700 million British pounds ($924 million). Even more encouraging was the first high-yield deal since early February, from Finnish power generator Teollisuuden Voima Oyj. Those transactions provide clear signs that Europe’s capital markets are reopening for business, despite the region’s geographic proximity to the war in Ukraine.

And activity is also resuming in the European leveraged loan market, which was similarly shuttered in recent weeks. Barentz International BV, a single B-rated specialty chemicals distributor, raised 100 million euros on Thursday to finance an acquisition in life sciences. With as much as $37 billion of leveraged-loan mandates waiting for more stable market conditions, there’s a lot of catching up to do.

So attractive spreads and higher underlying yields reinforced by a supportive credit-ratings backdrop have lured both borrowers and investors back into European credit. The gradual reopening of the fundraising window, despite the horrors of the ongoing war, is good news for the wider European economy. You can’t beat an enemy without functioning capital markets.

• The Bond Market Is the One Behind the Curve Now: Jenny Paris

• Fed Predictability and Sloth  Have Their Costs: Richard Cookson

Marcus Ashworth is a Bloomberg Opinion columnist covering European markets. He spent three decades in the banking industry, most recently as chief markets strategist at Haitong Securities in London.