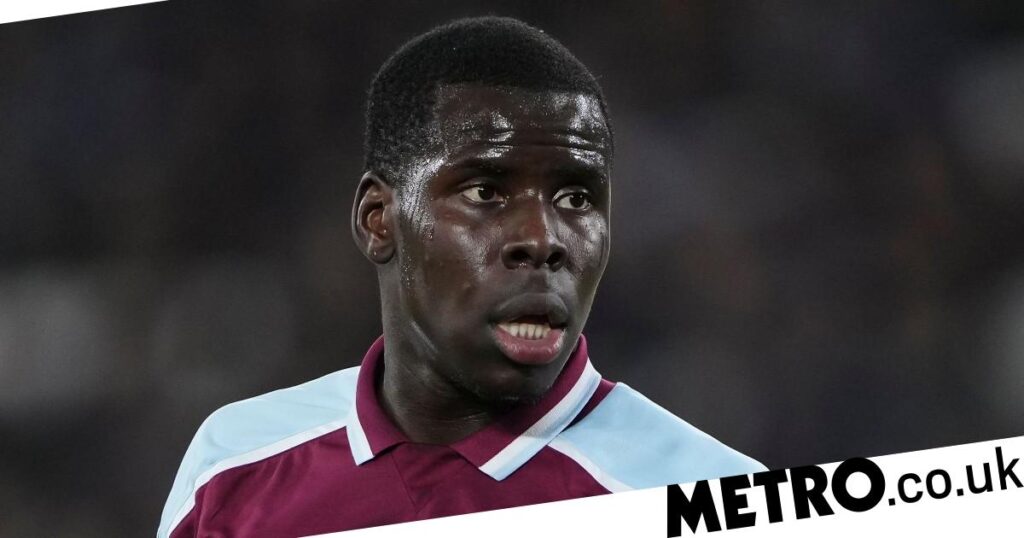 The 27-year-old defender was fined £250,000 and had his cats taken away from him after he posted a clip of himself violently abusing one of his Bengal moggies last month.

But the effects of the hard-to-watch video have not stopped at Zouma’s poor pet.

The RSPCA said it is ‘alarmed’ at hearing reports of a craze where people kick helpless cats, film themselves doing it and post it in an online group.

Dawn and Katie Stacey suspect their beloved cat Murphy may have been a victim of this horrific fad.

The one-year-old cat came home, to Dorchester in Dorset, with a bruised head that was completely covered in blood.

Dawn, 49, said: ‘I heard Murphy trying to get through the cat flap. I came outside to help and I had the shock of my life.

‘The right side of his face looked like a helmet full of blood.’

Murphy was rushed to the vet where it was determined that he had suffered a haemorrhage from someone kicking him.

The vet had to remove Murphy’s right eye and now the Stacey family faces £2,000 in medical bills.

Dawn said: ‘We’ve had Murphy since he was a kitten after his mum Bleu gave birth to him and his brother.

‘He’s a lovely, friendly animal, but his injury has affected his mood and personality. He looks to have lost his bearings due to only having one eye.’

The RSPCA has urged people to report any abuse they see, warning perpetrators that causing unnecessary suffering to an animal could leave you facing up to five years in jail or having to pay an unlimited fine.

Share. Facebook Twitter Pinterest LinkedIn Tumblr WhatsApp Email
Previous ArticleDonate to our Refugees Welcome fund to help the people of Ukraine
Next Article What to do if someone parks in front of your driveway