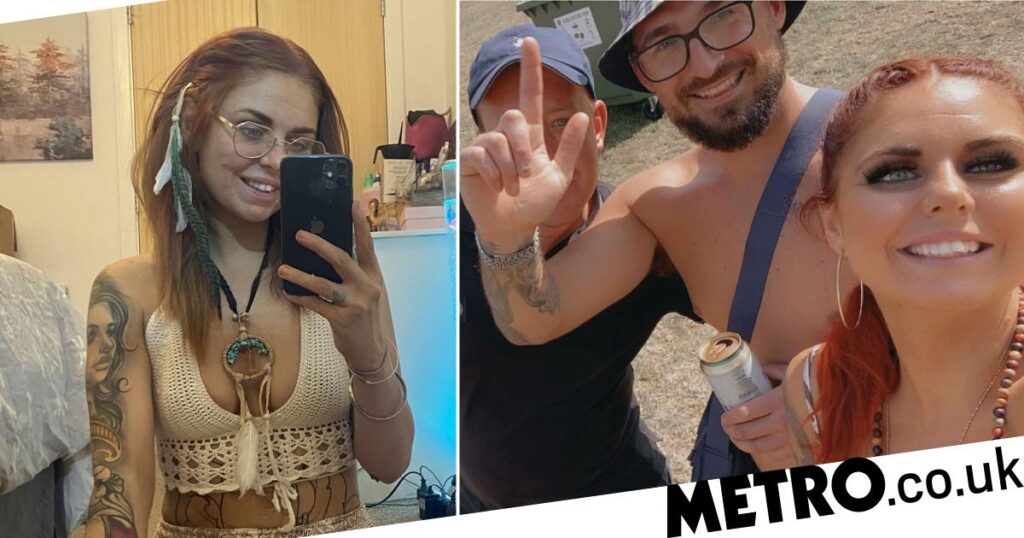 
A raver pretended to be a psychic and told other people at a festival ‘when they were going to die’.

Sophia Burke, 27, was at a bar at Creamfields festival last year when two men came up to her, told her she gave off ‘psychic vibes’ and asked her to give them a reading.

She said: ‘I asked him if he had a younger brother and he said he had and I asked if he was popular at school and he said yes and he couldn’t believe how accurate I was being.

‘Then his friend asked me to do a reading for him so I told him he was insecure but he masked it by being funny and they said it was so true.

‘I said things that were true so they were convinced I was an actual psychic but I was just going off the vibe I was getting.

‘The more I was getting things right, I was thinking: “Am I psychic?”‘

Eventually, the two men asked Sophia to go back to their tent and do readings for their friends.

There she found a group of 30 mates who dubbed Sophia the ‘red-haired witch’.

They all wanted to hear their fortunes and gave Sophia a pack of playing cards to use instead of tarot cards.

This is when Sophia started to tell people when they were going to die.

She said: ‘One guy asked if I knew when people were going to die so I started saying the first number that came into my mind – 63, 70.

‘I thought he looked quite young so I thought I was giving him a good few years.

‘I kept bumping into people and they were asking if I was the red-haired witch and when they were going to die.’

The man who was told he would die at 33 was so disturbed by the prediction, he wrote up his will after the festival.

Sophia also told one of the guys he would come into ‘earned’ money and sure enough, he reached out months later to tell her she had been given a promotion.

The mum-of-two, from Dunfermline in Scotland, still gets recognised as the ‘red-haired witch’ back home.

‘The rave community is quite close so I’ve had people coming up to me at other events in Scotland who say they know me from Creamfields,’ Sophia said.

She went on: ‘People say I should go this year and set up a tent to make some money.

‘I won’t be setting up a gazebo but I’ll probably spend my weekend telling people I’m not psychic. I don’t do that as a job. It was just a vibe I was feeling.

‘I just say I’m not a psychic and I was really drunk. I don’t do it for a living, I was there for a dance.’