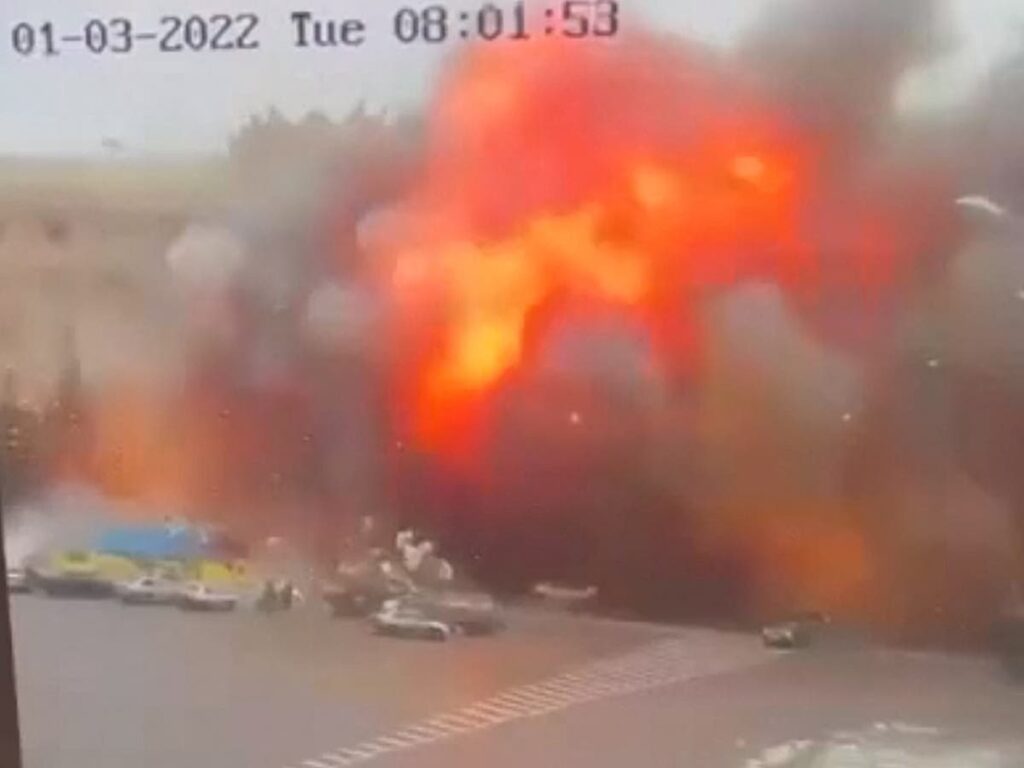 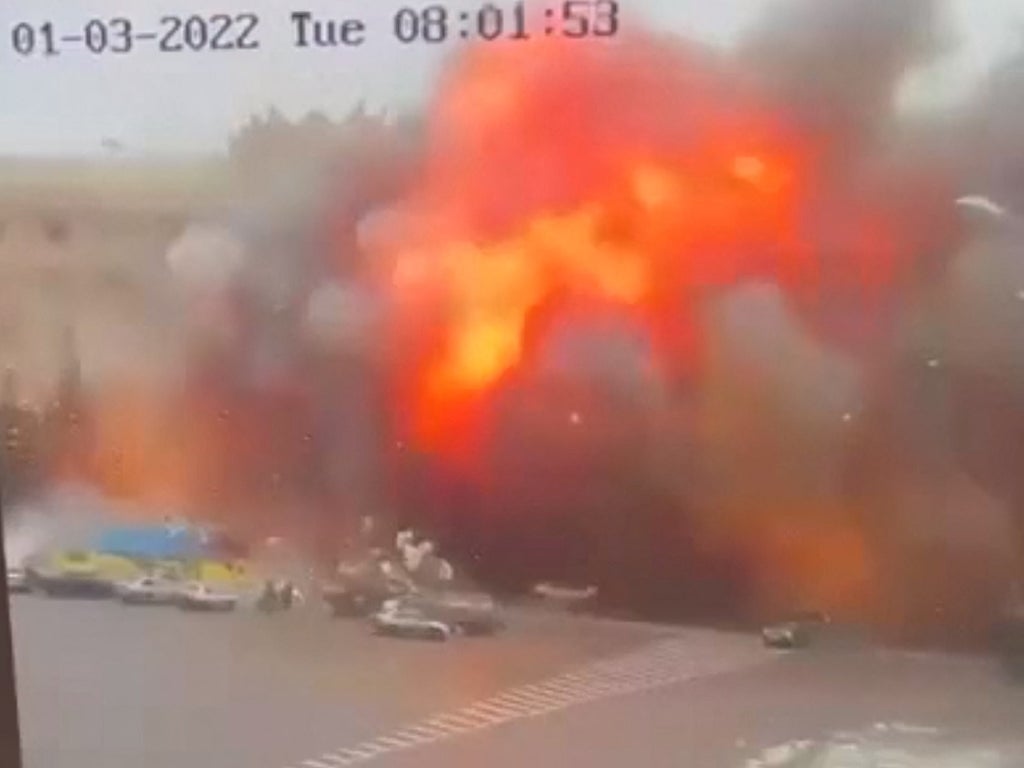 Vladimir Putin has been accused of war crimes following a “barbaric” attack that killed at least 10 people in Kharkiv.

Video footage has emerged of Ukraine’s second-largest city being bombarded by rocket attacks, including in residential areas where dozens of civilians have reportedly died.

One recording shows a massive explosion next to the towering Soviet-era administrative building in the city’s central Freedom Square on Tuesday, hitting several cars parked in front of it and shattering windows but leaving the building largely intact.

Several civilian cars were reportedly passing the building at the time.

Blasts can be heard ringing out in another video from Monday as cars are blown up next to what appears to be a residential building in a broad daylight attack.

At least 10 people were killed and 35 wounded in Tuesday’s airstrikes, according to Interior Ministry adviser Anton Herashchenko.

“The rubble is being cleared and there will be even more victims and wounded,” he said.

Eleven people also died in attacks which saw a school in the city destroyed on Monday.

In response, Ukraine’s foreign minister Dmytro Kuleba called for more international sanctions against Russia after what he said was a “barbaric” attack on the city.

“Barbaric Russian missile strikes on the central Freedom Square and residential districts of Kharkiv,” he wrote on social media.

Oleh Sinehubov, the head of the Kharkiv regional administration, confirmed residential buildings had come under Russian shelling during the attacks.

He did not give any specific numbers of casualties from the latest shelling, but previously said at least 11 people were killed and scores of others were wounded in airstrikes on Monday.

Mr Sinehubov said Russia launched GRAD and cruise missiles on the of 1.4 million people, but that Ukraine’s defences were holding.

Russia is advancing on Kyiv with a huge convoy of armoured vehicles, tanks and other military equipment spanning more than 40 miles, according to new satellite images.

Deputy prime minister Dominic Raab, a former Foreign Office lawyer, said it must be clear “both to Putin but also to commanders in Moscow and on the ground in Ukraine that they will be held accountable for any violations of the laws of war”.

He told Sky News: “Those that engage in war crimes will be held to account.”