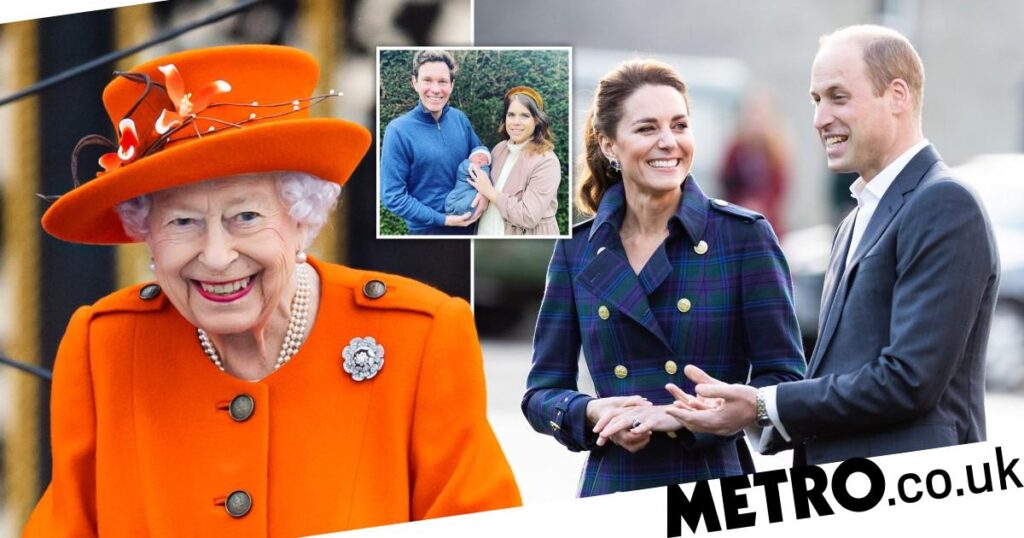 
The Queen enjoyed a sunny afternoon with her family as she continued her recovery from Covid-19.

Her Majesty spent Sunday at Frogmore House, on her Windsor Estate, alongside the Duke and Duchess of Cambridge.

The 95-year-old was joined by her three great-grandchildren – Prince George, Princess Charlotte and Prince Louis – as well as Prince Beatrice and her daughter Sienna.

The small group enjoyed the unseasonably warm weather in what is understood to be the family’s first reunion since the Queen’s diagnosis, The Sun reported.

Her Majesty is said to be making a ‘good recovery’ since experiencing mild cold-like symptoms last week.

But she remains on ‘light duties’ until she is back to full strength.

The Queen was forced to cancel a number of engagements as a result of her health, including a diplomatic reception that she was due to host at Windsor Castle this week.

In a statement, Buckingham Palace said: ‘The Queen has accepted the foreign secretary’s advice that the diplomatic reception at Windsor on Wednesday 2nd March should be postponed.’

The decision is understood to have been taken due to the conflict in Eastern Europe.

This week, Prince William and Kate released a rare political statement on Twitter, voicing their support for Ukraine.

They wrote: ‘In October 2020 we had the privilege to meet President Zelenskyy and the First Lady to learn of their hope and optimism for Ukraine’s future.

‘Today we stand with the President and all of Ukraine’s people as they bravely fight for their future. ‘

While the Queen and her family reunited in Windsor on Sunday, over in America Prince Harry and Meghan enjoyed an evening at the NAACP Image awards.

The couple picked up the President’s Award which recognises special achievement and distinguished public service.

The royal pair also took the chance to pay tribute to the people of Ukraine in a joint speech.