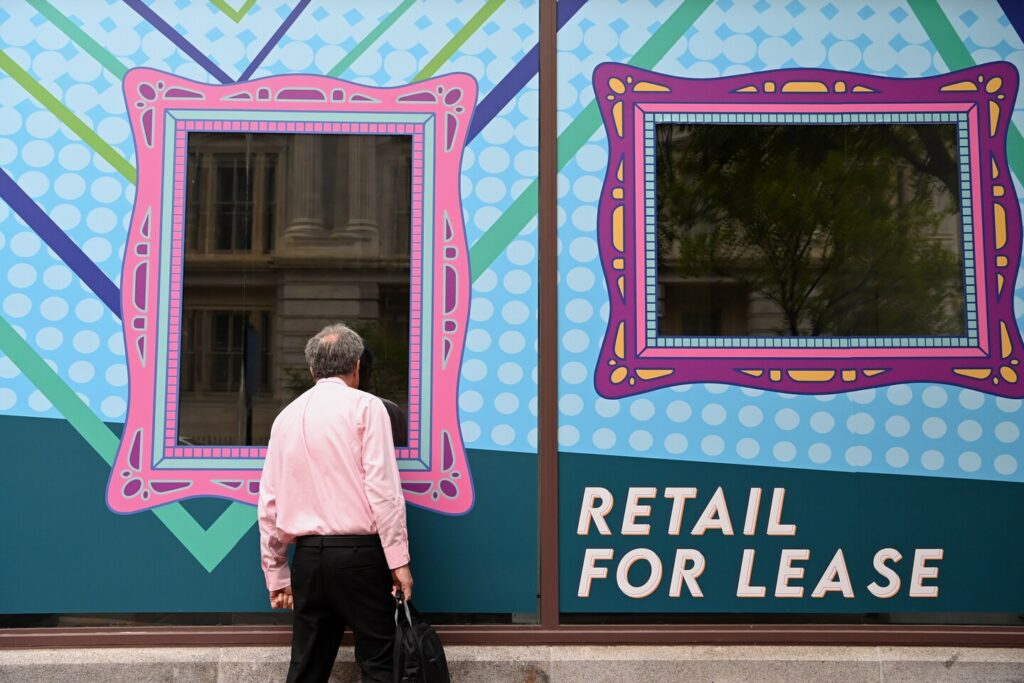 The U.S. economy unexpectedly shrank in the first three months of 2022, as inflation fears, the omicron coronavirus wave and the ongoing war in Ukraine weighed heavily on businesses and families.

The economy contracted at a 1.4 percent annualized rate in the first quarter after more than a year of rapid growth, according to a Bureau of Economic Analysis report released Thursday.

The slowdown — the first since the covid recession ended in April 2020 — marks a reversal from the torrid pace that followed intense fiscal and monetary stimulus in the wake of the pandemic. Last year, for example, the U.S. economy grew by 5.7 percent, the fastest full-year clip since 1984.

While most economists still believe the expansion has plenty of momentum, recession fears have been rising. Deutsche Bank this week doubled down on its message that “a deep recession will be needed” to dampen inflation, which is at 40-year highs.

“We’ve got a resilient economy but signs of weakness are starting to show,” said Diane Swonk, chief economist at Grant Thornton. “The reality is that rate hikes and higher prices have consequences.”

The U.S. government often changes policy when the economy contracts, pursuing things like tax cuts or spending increases to spur growth. That could prove more difficult this year, however, amid inflation concerns. Lawmakers are already looking at cutting back on spending projects and battle lines have hardened ahead of the midterm elections.

Among the factors dragging down the economy at the beginning of 2022 were a reduction in retailers’ inventory purchases and a growing gap between U.S. exports and imports, Swonk said. The country’s trade deficit for goods — the difference between incoming and outgoing products — widened to a record high in March, the Commerce Department reported this week.

In addition, many businesses bought less inventory than they normally would in early 2022 because they had leftover merchandise from late last year, when they stocked up on extra goods to guard against supply chain shortages and delays. That drop in purchasing is likely to artificially drag down GDP numbers, economists say.

Inflation — which has sent prices soaring 8.5 percent in the last year — has been a defining challenge for the Biden administration. The Federal Reserve last month began raising interest rates in hopes of slowing the economy enough to corral prices.

That effort has already begun to curb demand for some big-ticket purchases. New-home sales have fallen for three months in a row, as rising interest rates deter would-be home buyers. Mortgage rates, which for years hovered around 3 percent, exceeded 5 percent this month for the first time in over a decade.

Chuck Wilson, co-owner of Boston Builders, a custom home builder in Westminster, Md., said demand for new homes has slowed markedly in recent weeks following the Fed’s decision. At the same time, just about every building component — including shingles, siding and lumber — has gotten costlier, he added.

“Home buyers are pulling back, because interest rates are going up and prices are through the roof,” Wilson said. “I’m finishing up a house now, but I don’t have any new contracts signed. There is very little good to report.”

Economists say some form of slowdown was inevitable, given the economy’s rapid recovery last year. But they remain divided over whether the latest reading represents a one-time deceleration or a sign that the economy is taking a turn for the worse. Many still say they expect the economy to bounce back later this year, with gross domestic product growing between 2.5 and 3 percent in 2023, despite bumps along the way.

“When the Fed has to raise interest rates as far as they say they’re going to, recession risks are high,” said Mark Zandi, chief economist at Moody’s Analytics. “There’s just no graceful way for the economic plane to land on the tarmac. It might land without crashing, but it’s going to be a scary ride.”

But many parts of the economy remain robust. Employers have created more than 400,000 jobs for 11 straight months, sending the unemployment rate to a new pandemic low. And although there are signs that families and businesses are starting to pull back on spending, demand for many goods and services remains elevated.

“Of course there was always going to be an adjustment,” said Tara Sinclair, an economics professor at George Washington University. “We had a much faster recovery than expected, and now we’re adjusting back to numbers we were seeing pre-covid.”

In the meantime, consumers have been cutting back on clothing, furniture and cars, as they spend more on services like travel and entertainment, according to the latest figures from the Bureau of Economic Analysis.

Sherrill Mosee, who owns a line of travel and work bags in Philadelphia, says demand began waning in January after a promising holiday season. Her brand of Minkee Blue tote bags and backpacks sell for about $200 and will debut at Macy’s later this year.

“With gas prices, food prices, all sorts of costs going up, bags aren’t at the top of the list for people anymore,” Mosee said. “First-quarter sales just weren’t what I was expecting.”