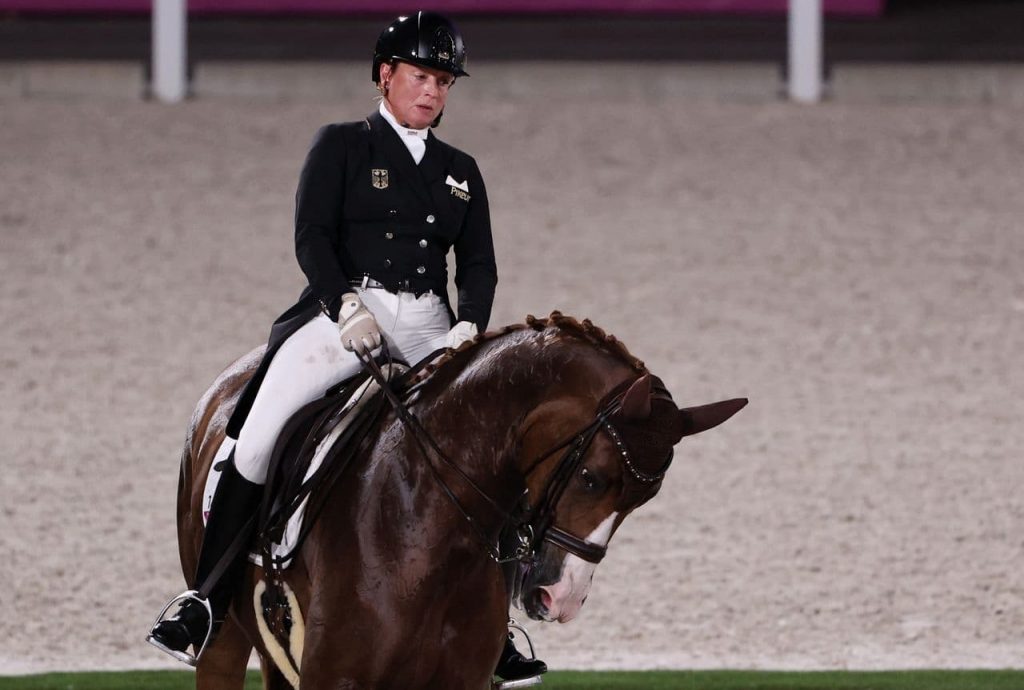 Germans untouchable for Team gold once again by Louise Parkes

Tonight’s victory for Germany in the Dressage team event at the Tokyo 2020 Olympic Games will go down in the history books. For the last 27 years, the country that has long been the cradle of classical horsemanship has been all but unbeatable at this level of the sport, and they reigned supreme once again ahead of Team USA in silver and Great Britain in bronze.

Germany’s Jessica von Bredow-Werndl stole the show with the new Olympic Grand Prix Special score of 84.666 with the mare Dalera, and team-mate Isabell Werth posted 83.298 with a beautiful performance from her beloved Bella Rose after Dorothee Schneider and Showtime set out the German stall when putting
80.086 on the board. However, a relatively unknown American produced the third-best score of today’s super-hot competition that decided the fate of the team medals.

Great Britain looked set for silver in the early stages after Carl Hester and En Vogue posted 78.344, while it seemed Denmark and the USA were locked into a game of cat-and-mouse for the bronze. But the Americans couldn’t have been more rock solid, Adrienne Lyle’s 76.109 with Salvino giving them a firm basis on which to build before Steffen Peters and Sussenkasper backed that up with 77.766.

Cathrine Dufour and Bohemian were the last pair to go for Denmark, but 77.720 wouldn’t be enough to keep her country in the race, especially when America’s Schut-Kery followed with an incredible 81.596. That just knocked the Danes right out of contention and suddenly the British were under threat for their silver medal spot too. It would take a big score from Charlotte Dujardin and Gio to keep Britain out in front after Lottie Fry’s 76.894 with Everdale.

Germany first won team gold at the Olympic Games in Amsterdam (NED) in 1928.

Germany were defending champions coming to the Tokyo 2020 Olympic Games and two of tonights winning team members were in the side that reigned supreme at the Rio 2016 Games -. Dorothee Schneider riding the same horse, Showtime and Isabell Werth riding her other great mare Weihegold.