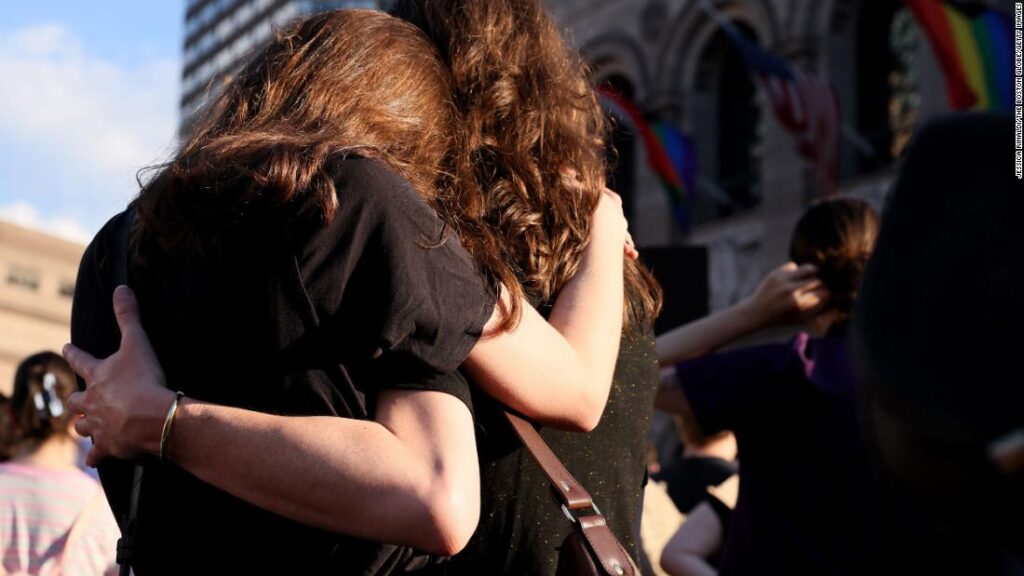 Those were some of the emotions that flooded over many people when the United States Supreme Court announced it was overturning Roe v. Wade, eliminating the federal right to an abortion.

Many others are celebrating the decision, but a majority of Americans apparently are not. Sixty-one percent of US registered voters agree with the 1973 Roe v. Wade Supreme Court decision that established a woman’s right to an abortion, according to a Quinnipiac University poll released June 22.
The outcome was not a surprise due to the leak of the court’s draft earlier in the year. However, the sting of the decision hurt all the same, said Dr. Cynthia Ackrill, chair of the Daily Life and Workplace Stress Board for The American Institute of Stress.

Years of psychology training kicked in, Ackrill told CNN, and she began utilizing different coping mechanisms to calm down and process her emotions. Here’s what works, according to Ackrill and other psychology experts.

Ackrill was quick to scroll through Facebook to see posts of all the people that agreed with her, but she realized it was not helping to settle her emotions.

“It’s just either validating what we feel, revving us up more or introducing other things we shouldn’t be afraid of,” she said.

When speaking with others about the Supreme Court decision, it’s important to know when you need to take a step back and calm down — even if you all agree with each other, Ackrill said.

“It’s really nice to have validation that somebody believes the same thing you believe, but if it’s not a constructive conversation, you need to tell yourself to let go of this right now,” she said.

That doesn’t mean that you’re not going to stick your head in the sand about the ruling, it means you’re acknowledging that it’s not effective to be this revved up, Ackrill said.

When faced with a stressful or traumatic event, some people would rather try to contain it and distract themselves from it, according to Joshua Coleman, psychologist and senior fellow at the nonprofit, nonpartisan Council on Contemporary Families, based at The University of Texas at Austin.

The best thing to do in the moment is to accept that’s what you’re feeling, he said. It also helps to pinpoint exactly what emotions you’re experiencing, Coleman added.

“Are you just scared or are you actually terrified? Or maybe you’re more anxious or underneath you’re angry,” he said.

Facing your emotions allows them to come and go with less intensity rather than attempting to store them away, Coleman said.

If your feelings are intense, sometimes it’s useful to write down what you’re thinking, he said. It can help prevent catastrophic thinking, which is when you amplify your emotions and jump to the worst conclusions, he added.

In high-intensity emotional states, it’s important to practice self-care, according to Anne C. Bernstein, a psychologist in Berkeley, California.

For some people, it can be listening to music and for others it can be taking a bath, she said. Really, anything that helps you get out of the fight, flight or freeze mode, she explained.

Bernstein’s go-to stress-relieving activities include walking or talking with a friend.

Deep breathing techniques are another way to calm yourself, especially when you’re feeling angry, Ackrill said.

A common technique is putting your hand on your stomach and breathing in so that the hand rises as you inhale, Ackrill said. Repeat this slow, low-belly breathing six times per minute, she said.

The best self-care tools are the ones that are most effective for you, Ackrill said.

“Think about what really works for you and know that when times are tough, you have to practice those tools more,” she said.