Marijuana pet poisonings are on the rise, study says 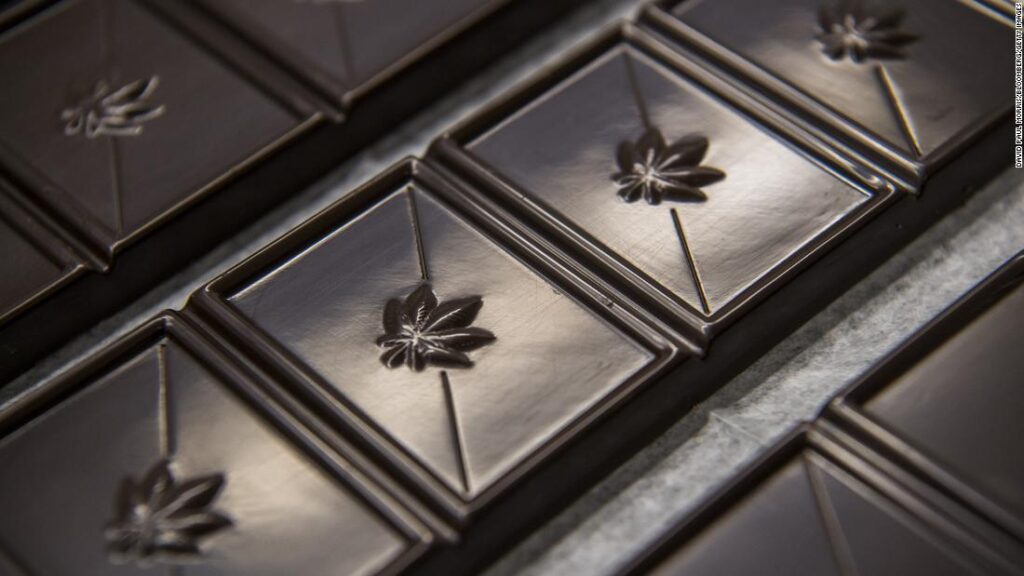 A survey of veterinarians found cases of poisoning occurred most frequently in dogs, but cats, iguanas, ferrets, horses and cockatoos also fell victim to the hallucinogenic effects of marijuana.

“Most cases of cannabis toxicity was via oral route of delivery, by ingesting edibles or discarded joint butts or dried plant materials,” said study author Jibran Khokhar, an assistant professor in the Ontario Veterinary College at the University of Guelph in Ontario, Canada.

“It’s important to remember our pets are not tiny people. They’re very different creatures with different metabolisms and because of that they can have serious outcomes from ingesting marijuana,” said Dr. Dana Varble, the chief veterinary officer for the North American Veterinary Community.

“The effects on a small animal will be much stronger than what you or I might experience,” said Varble, who was not involved in the study.

“For a dog or cat that really doesn’t understand why they might feel a certain way, we certainly see disorientation, distress and anxiety,” she said.

There’s a double danger, she added. Many of today’s edibles come packaged in chocolate and fruit flavors, which are very appealing to dogs and even cats, she said. Chocolate, grapes, raisins and citrus are toxic to dogs and cats, as is the sweetener xylitol that may be used in marijuana gummies.

“Now we have a dog or cat that’s not only suffering from the toxic effects of THC, but also a multi-drug toxicity,” Varble said. “That certainly complicates treatment for the animal and adds anxiety and expense for the pet parent.”

The study, published Wednesday in the journal PLOS ONE, surveyed veterinarians in Canada and the United States about their experiences with cannabis poisonings after Canada and a number of US states had legalized marijuana.

Veterinarians reported a rise in cases, which could be due to increased access to legal marijuana products in some US states and Canada, which legalized cannabis in 2018. It might also be due to more people being willing to report the real reason for their pet’s symptoms, Khokhar said.

“When the drug is legalized, more people are going to be willing to report,” Khokhar said. “In the past they might have come in with the same issue and said, ‘I don’t know what happened to my pet.’ “

Most people told their veterinarian the exposure happened accidentally, the survey found.

“However, I don’t think we can rule out intentional use, either for recreational purposes or medicinal purposes,” Khokhar said, pointing to videos on social media that show people intentionally giving marijuana to their dogs or cats.

“People may also be giving THC or CBD to their pet for medicinal purposes, but there’s a handful of indications that CBD actually works for — everything else is hooey,” he said. “Cannabis-based medicine is not approved for veterinary use.”

The most common symptoms in pets exposed to cannabis included disorientation, lethargy, abnormal or uncoordinated movements such as swaying, lowered heart rate and urinary incontinence.

“The animals peed everywhere,” Khokhar said. “And the last was increased sensitivity of the senses — everything from sensitivity to light, to startling when touched or when they heard a sound.”

Most pets recovered, sometimes after 24 to 48 hours in the vet hospital, the study found. Sixteen dogs died after ingesting marijuana, he said, but “it’s hard to assess whether the death was related to the cannabis itself or other ingredients in the cannabis edible, such as chocolate.”

Pet owners should be extremely cautious about keeping pets away from any product with marijuana, by storing them in locked containers and in places the pet cannot access, Varble said.

“The other thing pet owners have to remember is that those lovely childproof bottles that we keep prescription medications in are not dog-proof,” she added. “Anyone who’s ever seen a dog chew up a plastic toy or a shoe can see how easily that can happen.”