As Covid-19 cases fall and masks come off, flu cases are rising 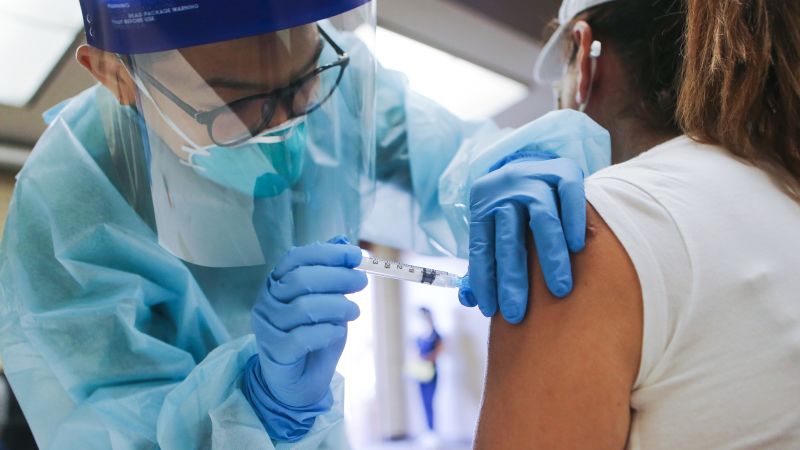 After circulating at nearly nonexistent levels last year, influenza is increasing in most of the United States.

That’s according to the US Centers for Disease Control and Prevention’s most recent flu report, released Friday, which also notes that the number of reported flu-related hospital admissions has increased each week for the past seven weeks.

“I have been tracking recent influenza activity nationally and locally. We are not surprised that influenza activity is increasing,” Dr. Angela Branche, an infectious disease specialist and associate professor of medicine at the University of Rochester, wrote in an email Wednesday.

“I’m a little surprised that it’s still mostly H3N2 infections and not influenza B. I might have expected an influenza B wave this late in the flu season,” Branche wrote.

Influenza A and B viruses cause the most illness in the United States, especially during flu season. The subtypes of influenza A are H1N1 and H3N2. Influenza A H3N2 viruses have been the most frequently detected influenza viruses this season, according to the CDC.

“In a non-pandemic year, this pattern of flu activity would not be entirely unusual; to see influenza cases peak in January and then decline with another surge in early Spring,” Branche added.

The CDC estimates that, so far this season, there have been at least 3.1 million flu illnesses, 31,000 hospitalizations, and 1,800 deaths from flu, as of Friday.

While flu activity has been increasing in most places across the country, the highest levels have been recorded in the central and south-central regions of the United States, according to the CDC.

Some schools in these areas have canceled classes due to a surge in flu.

Johnson County Schools in Tennessee closed March 11, citing an “excessive amount” of influenza cases. The closure gave custodians time to thoroughly clean the buildings before schools reopened the next week.

“We did close one day due to increase number of employees out for Flu and not having enough substitutes to cover,” Mischelle Simcox, Johnson County’s director of schools, wrote in an email Tuesday.

“We did this on a Friday which gave us a long weekend to help staff members recover and feel better,” Simcox wrote. “We have not had to close for Flu since 2020. We only close when we have a large number of employees out and not enough coverage for our staff. During this time our custodians take extra steps to disinfect and clean all areas of the buildings.”

In the West, Oregon’s health officer, Dr. Dean Sidelinger, said the uptick in flu cases there could be the indication of a surge. About 3.1% of tests reported in Oregon were positive for flu in the week ending March 12, he said, compared with 2.5% the previous week.

Nationally, for the week ending March 19, 7.7% of specimens tested in clinical labs for the flu virus were reported to the CDC as being positive for influenza.

“We are concerned because this is usually the time that our flu season is winding down, but we are seeing this uptick in cases, and it could be tied to people’s behavior: taking off their masks and returning to some of their more normal activities,” Sidelinger said Tuesday.

He added that current flu levels are still “well below” what has been reported in Oregon for pre-pandemic flu seasons. In March 2019, the percent of influenza tests coming back positive was nearly 40%.

“Like the rest of the country, last year, we saw very little flu,” Sidelinger said. “That wasn’t because the flu virus disappeared. But those measures that people took to combat Covid – wearing their masks, limiting their gathering, trying to move things outside where spread of respiratory viruses is harder and is less easy – certainly limited flu.”

Branche also referred to the rolling back of Covid-19 mitigation measures as playing a role in increases of flu activity.

“Because H3N2 has remained in circulation, even if at low levels, for the last several months, I would think that the current rise in H3N2 cases is probably most related to the relaxation of COVID19 mitigation strategies such as masking and social distancing,” she wrote.

Viral competition – which describes when respiratory viruses may compete for people to infect – also may play a role.

This concept “has been theorized for many years, and intuitively makes sense where adults are concerned, since they are much less likely to be coinfected and usually are only infected with one virus at the time,” Branche wrote. “So it’s one possible explanation.”

Influenza is contributing to levels of respiratory illness in the United States, but the CDC notes that other respiratory viruses are also circulating, too.

The CDC also notes that while the number of flu-related hospital admissions reported to the US Department of Health and Human Services has climbed weekly for the seventh week in a row, the cumulative hospitalization rate for this flu season is higher than the rate for the entire 2020-2021 season, but still lower than the rate seen around this time during the four flu seasons preceding the Covid-19 pandemic.

Flu activity was declining from mid-December through January, according to the CDC. Around that time, Covid-19 cases were increasing. Then, as flu cases started to rise earlier this year, Covid-19 cases took a downturn.

As coronavirus mitigation measures – like mask-wearing and social distancing – roll back in states across the country, why has the nation seen a rise in flu but not Covid-19 itself?

“I think the reason we’re not seeing Covid cases go up right now is a combination of high vaccination rates – with many people in Oregon being up-to-date on their Covid vaccines – and then folks who’ve recently recovered during this largest surge, this Omicron surge, and still have a level of protection,” Sidelinger said.

“So we’re at a place where we have less people who are susceptible to the disease right now than at previous times in the pandemic,” he said. “That’s why we still continue to see numbers go down even as masks come off.”

The National Association of County and City Health Officials hasn’t heard much from its members about increases in flu, but the rise in cases nationally could be tied to fewer people getting their flu shots this year and this season’s flu vaccine not being as effective as in previous seasons, Lori Tremmel Freeman, NACCHO’s chief executive officer, said Wednesday.

Yet “even if it’s less effective than normal, it still has the ability to provide some protection perhaps that might lessen the symptoms and-or the length of the flu,” Freeman said. “So I wouldn’t necessarily give up on the flu shot, because it can still be helpful in warding off more severe disease.”

This flu season, based on data from 3,636 children and adults who got the flu between October and mid-February, the vaccine did not seem to reduce their risk of getting sick from the influenza A (H3N2) viruses that have been predominant, according to a CDC Morbidity and Mortality Weekly Report published this month. The overall vaccine effectiveness against infection was 16%, which is considered not statistically significant.

However, there wasn’t enough enrollment in that study for a reliable understanding of how effective it was, and the CDC is studying how well the current vaccine protected against severe illness.

Overall, the flu vaccine is known to reduce the risk of hospitalization or death from flu, and the CDC still recommends that people get vaccinated against flu, even late in the season. The CDC estimates that during the 2019-2020 season, flu vaccination prevented an estimated 105,000 flu-related hospitalizations.

“Americans should always be encouraged to get vaccinated against influenza. Influenza has always been a threat to the health of vulnerable members of our communities and that remains true, even during the pandemic,” Branche wrote in her email.

“Usually I don’t strongly encourage my patients to get an influenza vaccine this late in the season, but with rising cases and the uncertainty of how things will unfold over the next few months, it’s still worth getting vaccinated if you haven’t done so as yet for the 2021-2022 season.”