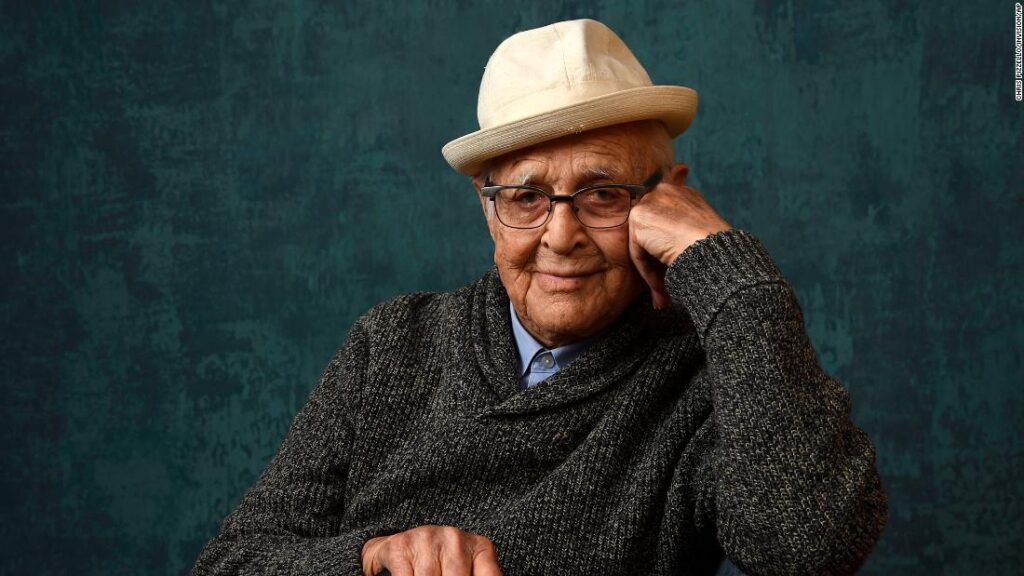 On Thursday, at an early celebration for Lear at the Life Itself conference, a health and wellness event presented in partnership with CNN, he told the audience his secrets to living to a ripe old age: Lox and bagels, the love of his family, laughter and a life of invigorating work.

“I like getting up in the morning with something on my mind, something I can work on … to some conclusion,” Lear said.

Over the last century, Lear has done it all. He was executive producer of the cult movie classics “The Princess Bride” and “Fried Green Tomatoes” and was nominated for an Academy Award for best screenplay for “Divorce American Style.” His sitcom spinoffs of “All in the Family” dominated ’70s and ’80s television, tackling topics of racism, feminism and social inequalities no one had yet dared touch. His political advocacy even led to the establishment of the liberal political organization People for the American Way.

Even in his 90s, a time when most people who live that long are lucky to be rocking on their front porch, Lear has never stopped working. Along with Jimmy Kimmel, a 95-year-old Lear produced and hosted three episodes of “Live in Front of a Studio Audience,” which won Primetime Emmy Awards in 2019 and 2020. The series used current stars such as Jamie Fox, Woody Harrelson and Viola Davis to re-create original episodes of “The Jeffersons,” “All in the Family” and “Good Times.”

In recent years, Lear and his business partner Brent Miller rebooted some of his ’70s sitcom successes, including “One Day at a Time.” They also have several movies and other projects in the works.

One secret to his work longevity, Lear has said, is his attitude toward stress. During his ’70s sitcom heyday, Lear was juggling up to hit eight successful television series: “All in the Family,” “Maude,” “Sanford and Son,” “Good Times,” “The Jeffersons,” “One Day at a Time,” “Archie Bunker’s Place” and “Mary Hartman, Mary Hartman.”

Yet in his 2014 book, “Even This I Get to Experience,” Lear wrote that period of his life was full of “joyful stress.”

“Even doing your best work and enjoying the results of that, there is a reasonable amount to a great amount of stress,” Lear told Variety last year. “And if one can learn to accept that joyfully, one can be stressed and understand that he or she is having a good time also. And so, I’ve enjoyed an awful lot of that through my career.”

The science of stress

Research shows that stress can be good for you — especially if you share Lear’s attitude. Viewing stress as a normal, acceptable and even positive part of life can lead to resilience, and just like rock, paper, scissors … resilience covers stress.

But does that mean everyone should follow Lear’s lead and work long past the traditional retirement age?

“Research shows people who work longer are healthier and people who are healthier work longer. So, it’s really tempting to look at that correlation and be like, ‘Ah, this means that working longer will make you live longer.’ But it’s much more complicated,” said sociologist Beth Truesdale, a research fellow at the W.E. Upjohn Institute for Employment Research.

“If you’re in a job where you have control over your working environment and can make choices that allow you to take care of your family, then you’re lucky, and in that case, job stress can be challenging but satisfying,” she said. “But for many people, especially those without college degrees, jobs are incredibly stressful because they have very little control.”

The reality of retirement

In reality, Lear is one of a “tiny, tiny minority” of fortunate people who found a job that might nourish them financially and physiologically as they age, said Truesdale, the coeditor of a soon-to-be-published book called “Overtime: America’s Aging Workforce and the Future of ‘Working Longer.’ “

“We hear these wonderful stories about people who could retire if they wanted to, but they choose to keep working because that’s what they want to do,” Truesdale said. “But we don’t hear the stories that balance that, such as people forced to retire at 57 because their life’s work was physically demanding, and their back and knees gave out.

“Then it’s years before they turn 65 and can draw Social Security or qualify for Medicare,” she added. “And for a lot of people in a middle- to lower-class economic group, that means ending up below the poverty line.”

It’s not just poor health that might force people into retirement long before they might wish (or can afford), Truesdale said. Being a member of the “sandwich generation” and taking care of an older family member can force middle-aged adults, especially women, out of work. Age discrimination is another unfortunate reality for many older workers, she added.

“And statistics show nine out of 10 people who involuntarily lose their jobs in their 50s and early 60s never again get a job that pays as well as the one they lost,” she said.

Despite his age, Lear continues to use his skills to be successful in his work, and his wit and humor remain razor-sharp.

However, many people are less fortunate, as can be seen in the growing number of older people being diagnosed with dementia and Alzheimer’s. That’s why making early, brain-healthy choices such as getting enough sleep, reducing stress, exercising and eating well are key factors in deciding about working and retirement, said Harvard Medical School neurologist Rudy Tanzi, director of the Genetics and Aging Research Unit at Massachusetts General Hospital in Boston.

“You want to sleep well and handle stress, with mindful meditation and managing your expectations about social media and the like,” Tanzi said. “You want positive social interactions because loneliness is a risk factor for Alzheimer’s — not being alone but loneliness.

The severity of cognitive impairment as you age correlates with loss of brain synapses, “so the more synapses you make every day, the more you can lose,” Tanzi said. “So, when you want to retire, don’t just think about your financial reserve and how long that will last. Think about your synaptic reserves and how long they are going to last.”

There are also other ways to keep your brain and body healthy than work, Truesdale said, such as spending quality time with friends and family, practicing hobbies and doing meaningful volunteer work, which studies have shown are important to healthy aging.

“People do many fulfilling activities they may have never had time to do when they were in paid employment, which keep them active and give them a great sense of meaning and satisfaction,” she said. “Yes, stay active as you age. But the idea that work is the only way to do that doesn’t make sense.”