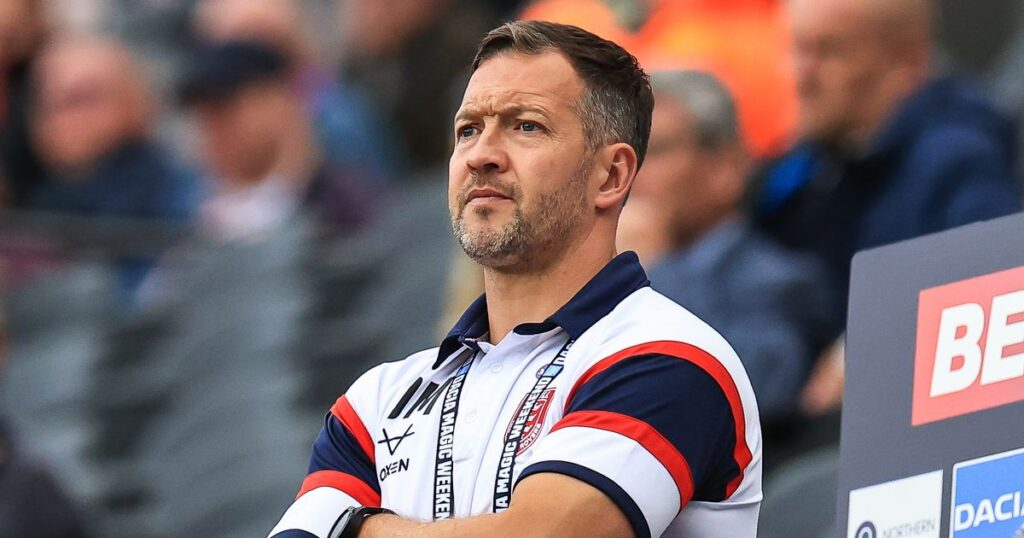 Danny McGuire has ruled out a return to Leeds Rhinos after reaffirming his commitment to Hull KR.

The former half-back became a Rhinos legend on his way to helping his hometown club claim 16 trophies, scoring 267 tries in 416 games during a 17-year spell.

McGuire has been linked with a return to Headingley after Richard Agar stepped down as Leeds head coach last week.

But the Rovers assistant has distanced himself from the vacancy at his old club, insisting Craven Park is the perfect place for him as he serves his apprenticeship as a coach, which includes heading up the reserves.

“I’ll give an honest answer here – no I’m not ready for a head coach role yet,” the 39-year-old said in an interview with Jenna Brooks on Sky Sports News.

“I’ve only been an assistant coach for 18 months since I finished playing so it’s way too early for me to be thinking about being in charge of one of the biggest clubs in world rugby.

“I’m really enjoying my time at Hull KR and loved my time playing there. I played there for two seasons and obviously I’m an assistant coach there.

“It’s a fantastic club with great people and I love going to work every day so I’m really settled at the minute.

“As everybody knows, I’ll always have a soft spot for Leeds. I had such an amazing time there and I’m from Leeds. I love the city, I love the Rhinos, I love Leeds United – I love anything associated with Leeds.

“But it’s definitely too early for me as a head coach. I’ve got plenty of learning to do; I’m not stupid enough to think I know everything.

“As you do in any sort of sport or business, you need to earn your stripes and I’m prepared to do that at Rovers and see where that takes me.”