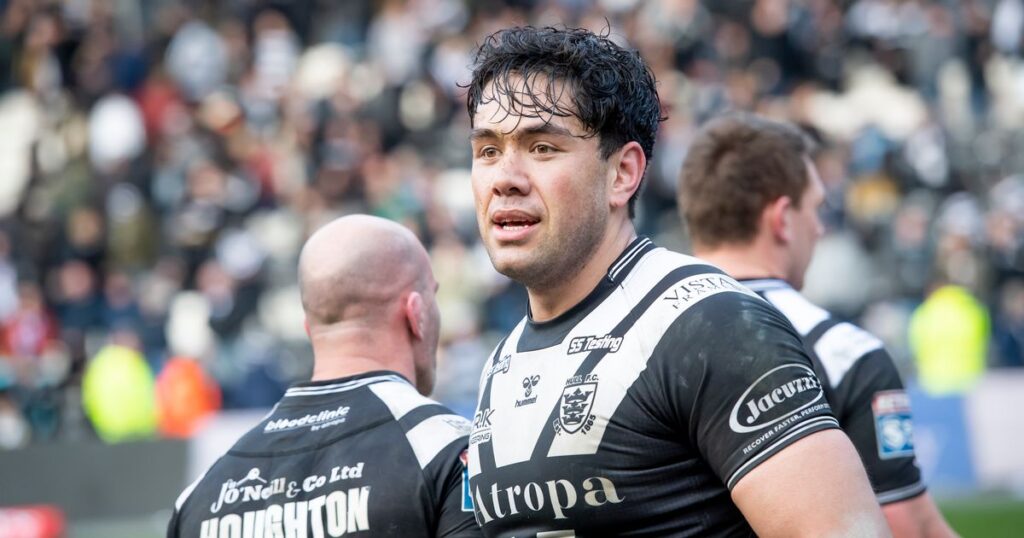 Hull FC will travel to Wigan Warriors full of confidence as they look to lay down a marker in the Super League, says Andre Savelio. The Black and Whites make the journey to the DW Stadium on the back of three successive wins in all competitions, having seen off Leeds Rhinos, Huddersfield Giants and Sheffield Eagles over the last few weeks.

Brett Hodgson’s side now have the opportunity to move level on points with joint-league leaders Wigan, St Helens and Catalans Dragons by extending their winning run to four games against Matt Peet’s side. Of course, Savelio knows picking up the result in Greater Manchester can often be easier said than done, but he insists FC are keen to test themselves this evening.

“They’ve started the year well,” Savelio said about the Cherry and Whites. “They’re five from six so I guess it is a good test to go there and try and do them in their backyard.

“We’re confident coming off the back of three wins so it will be interesting to set a marker and see where they’re at and where we’re at.”

He added: “I think with Wigan and it’s been the same for as long as I can remember, no matter who they field they compete well. They have Jai Field who has started the year real well for them so we’ll have to do a bit of a job on him and across the board, they just have a team of seasoned pros and a good mix of youth.

“The back-rowers are probably the best as a package in the comp, so me and Manu (Ma’u) have our work cut out. They have threats everywhere.

“I take every game in its stride and it’s not a case of resetting (after Sheffield), it’s carrying on and continuing, we’re on a three-game winning streak which is good for us, so it’s just about trying to go to Wigan and make it four.”

Club captain Luke Gale will return to the fray this evening after missing Hull’s last five games through suspension. FC have fared well without their skipper, who has made just two appearances since making the move from Leeds Rhinos, but Savelio believes Gale has made a big impact in East Yorkshire.

“A steady head and leadership,” Savelio said when asked what Gale brings to the side. “He’s a real competitor and he competes in everything, whether it be in training, on the field or just if we’re playing basketball, he competes.

“One thing you can’t question about him is his effort and that rubs off on others, I think that’s the big influence that he’s had here so far, how hard he works and how he pushes himself to be the best at everything.”