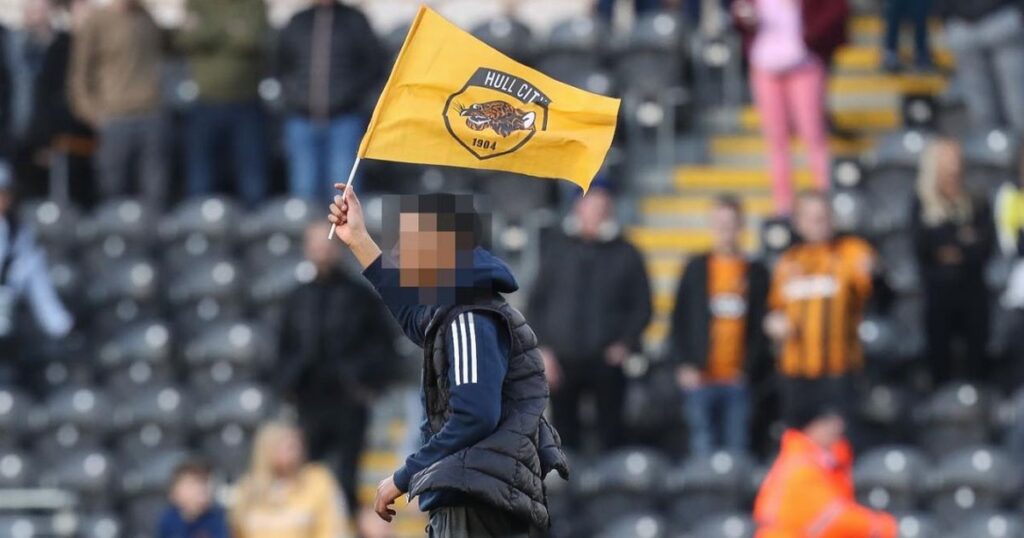 Hull City are facing up to the very real threat of being forced to play games behind closed doors because of the behaviour of their supporters, Hull Live can exclusively reveal. The club are growing increasingly concerned after a marked rise in incidents this season and questions from the Football Association and EFL over how the Tigers plan to tackle the growing problem.

The latest issue came during the 3-1 home defeat to Luton Town in City’s last Championship outing at the MKM Stadium when a young supporter ran onto the pitch to take a picture with goalkeeper Matt Ingram, and that is just one of a number of issues since turnstiles reopened to the public at the beginning of the season. City have been forced to issue more bans to fans so far this season than at any point in the stadium’s two-decade-long history, and that’s for a myriad of reasons including one father who was drunk with his child and deemed it a good idea to run onto the pitch.

Chief executive Jim Rodwell and head of operations, Paul Woodford, speaking to Hull Live, have both painted a desperately bleak picture of the current situation. The pair have revealed how new owner Acun Ilicali is being forced to pay fines totalling hundreds of thousands of pounds, money which cannot be invested in other areas such as ground development, player recruitment and ticket initiatives. Ahead of tomorrow night’s televised how game with Huddersfield Town, the club are now pleading with match-going spectators to stop encroaching onto the pitch.

Though the growth in poor behaviour is becoming a bigger issue nationwide, it’s at City on a very local level where the impact is being felt by a club desperate to eradicate it. The club say they are desperate to work with supporters to make the matchday experience more enjoyable as they’ve been doing throughout the campaign, but this escalating problem is putting that at risk.

“People don’t realise there are real consequences,” head of operations Paul Woodford says. “We had a child run on against West Brom. We detained him and the police arrested him. Everyone thinks nothing happened, and that’s the public consensus, but he’s being dealt with.

“He could get a three-year police football ban – he’ll be banned from here for a year anyway for a pitch invasion which is standard – he can be given an unlimited fine which his parents would have to pay because he’s a minor, he could be sent to a juvenile detention centre if he’s seen to do it again after he’s been caught. There are all sorts of things that could happen to him. His case is ongoing and is being dealt with by the police, I think he’s only 14.”

In the home game with Fulham in February a spectator threw a bottle onto the pitch before being jeered and escorted out of the stadium. It has now transpired that fan had been warned after his behaviour against Blackburn Rovers at another home match and he has now been given a five-year ban, with the police continuing to speak to him.

A campaign named ‘Is This Your Game’ was launched earlier in the season by the club in a bid to stop the escalating issue, but incidents continue to rise.

“We made two arrests at the last match (against Luton) for throwing items, we made another arrest the game before (against West Brom). We’re having regular meetings with the police to decide how to get on top of this,” says Woodford. “In September, we were facing huge sanctions from the SGSA (Sports Ground Safety Authority) because of fan disorder, too many people in E2 – and part of our mitigating factors have been in reducing police costs and allowing us to take control of the situation and doing some communication with fans. This is not a bit of fun which inconveniences us all.”

In September, City were close to having their attendances capped and should that happen, the next stage would see them fined heavily, just as Sheffield United were recently (believed to be over £200,000). With Wembley Stadium recently closed to fans after the Euro 2020 final disorder last summer, City do not want to be made a further example by the FA.

Rodwell’s message is clear, if you break the law and come onto the MKM Stadium playing surface, you will be dealt with by the full force of the law, there will be no mitigating circumstances – and for fans who cherish the ability to watch games of football live, this must surely be something they’re desperate to avoid.

“Anybody that is caught doing this will be banned,” Rodwell said. “I’d give them a five-year ban, a 10-year ban, make it over the top, I don’t care. Listen, this is wrong. You cannot come on the pitch, it’s a criminal offence. The EFL and FA want to know what we’re doing about it and if we don’t eradicate this then it could lead to serious repercussions for the football club.

“We understand that it’s a tiny minority egging people on, but it just cannot happen, regardless of the age of people running on the pitch, this is not a joke for the football club, it really isn’t. We’ve got to stop it happening, we’re appealing to our supporters to not go on the pitch. I’m not asking for a lot, just don’t run on the pitch before, during or after the game. Players are trying to do their jobs, the match officials are trying to do their jobs – it is dangerous.

“We don’t know who is running on the pitch, we don’t know if they’re armed. People think that it’s done in jest, but it doesn’t make it right and it has consequences for us as a football club and our fans don’t want that, they really don’t.”

While the tone from City may to some, appear desperate, it’s because it is. Things have never been this bad at the stadium, and it has to stop – while the club are coming down hard on those who continue to flout the clear rules, they’re also appealing to fans to help spread the message and discourage others from doing it.

“We will catch you, we will ban you and there will be serious bans for anyone who comes on the pitch – we’re not interested in excuses of why you’ve come on the pitch, we’re really not,” Rodwell continued. “Do not come on the pitch, this is their place of work. They are doing their job, the best they can to make supporters proud, do not put them in that position, it’s belittling for them, too.

“This is not a joke – the football club could end up being hit by sanctions whether that’s a fine, whether that’s ground closure, I don’t want to be dramatic about it but that is the ultimate sanction.”