Heart disease: Salt in paracetamol could boost your risk of the ‘deadly condition’ 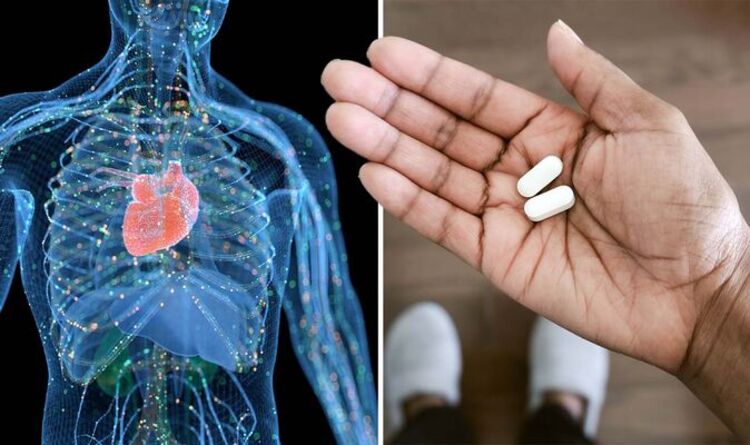 
When it comes to heart disease, lifestyle habits are usually top of the list for boosting your risk. However, new research has found that certain painkillers also play a role in developing the condition. What’s worse, heart disease is considered the leading cause of death with millions of lives lost yearly.

According to research published in the European Heart Journal, the painkiller in question is fizzy paracetamol.

Available in most pharmacies and supermarkets, paracetamol is used for targeting various aches and pains.

From tablets to capsules, the popular painkiller is available in different forms. However, the research links the fizzy version to higher risk.

This type can be popped into the water to dissolve and is used as an alternative for those who find the painkiller difficult to swallow.

READ MORE: Visceral fat: The fruit you can eat every day shown to reduce the perilous belly fat

The reason why the otherwise safe painkiller that “rarely” causes side effects has been linked to heart disease is its salt content.

As one of the main components of salt, sodium is sometimes used to help drugs to dissolve and disintegrate in water.

To illustrate the amounts, a 0.5-gram tablet of soluble paracetamol contains around 0.44 to 0.39 grams of sodium.

If you took the daily dose of two of these tablets every six hours, that would bring your salt intake to more than three grams.

However, the NHS stresses that adults shouldn’t have more than 2.4 grams of sodium per day.

And having too much salt or sodium is a well-known risk factor for heart conditions.

Looking at almost 300,000 patients, the study found that regularly taking this type of paracetamol increased the risk of heart attacks, stroke, heart failure and death, in particular.

The participants in the research were aged between 60 and 90 years, with half of them suffering from high blood pressure – another risk factor for heart disease.

What’s more, researchers from Central South University in China have found that paracetamol containing sodium can boost your risk of these conditions regardless of your blood pressure reading.

However, there’s also some good news.

First of all, there are paracetamol formulations that contain only a small amount of sodium or none at all.

Also, the study only linked a long-term use of paracetamol to a significant risk.

Professor Sir Nilesh Samani, the Medical Director at the British Heart Foundation, said: “One important limitation of this study is that we don’t know how much salt people were already consuming in their diets, as this was not captured in the data analysed.

“This means we don’t know whether there were any differences in salt consumption between the groups which could have affected their risk of developing a heart and circulatory condition or dying.

“[Also] this research looked at people who were taking effervescent and soluble paracetamol over a longer period.

“If you take paracetamol that contains sodium occasionally to manage an isolated headache or very short bouts of pain, these research findings should not cause unnecessary concern.”