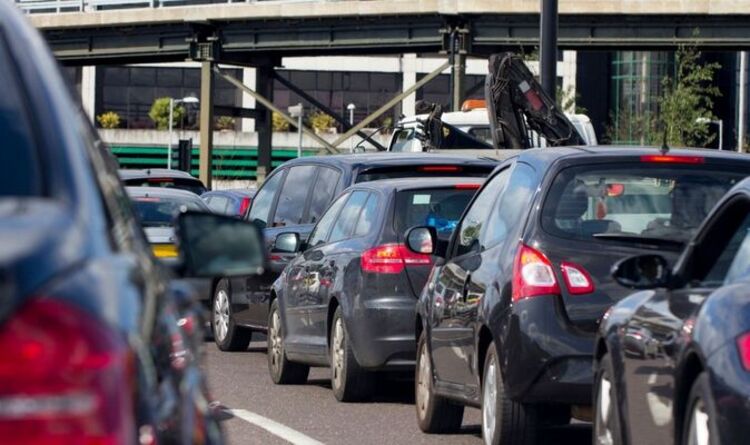 
The spiralling cost of motoring in the UK was laid bare yesterday as petrol prices broke all records and a major city began charging all drivers to enter as part of a Zero Emissions Zone (ZEZ). Oxford’s new scheme was met with anger by drivers across the country.

The zone launched yesterday in an area covering nine streets in the city centre and will charge the vast majority of drivers with a daily fee.

Only zero-emissions fully-electric cars are allowed in the charging zone without paying.

While the daily fee begins at £2 per day for Ultra Low Emissions vehicles, many petrol and diesel vehicle drivers will have to fork out £10 per day.

That amount will double from August 2025, and Express.co.uk readers were united in their fears the scheme could be the start of many rolled out across the UK.

“Clean air taxes that pay nothing towards solving the clean air problem.

“The public are over a barrel owning cars that were bought legally, now being penalised financially, daily and having to pay charges as they can’t afford to buy an electric vehicle.

“Pensioners, motorists and students have been shafted by this cabal of crooks – serious protests are required.”

Other readers noted the alleged double standards at play in the taxation, with ‘John 58’ writing: “So it’s fine to keep polluting the area as long as you pay a tenner. How pathetic.”

And ‘StephenDouglas’ added: “More legalised theft on drivers, but you can still have aviation fuel spray from aircraft taking off and landing over built up areas.”

‘Dogsbreff’ wrote: “That has just sounded the death knell for inner city centres then.

“You don’t need to go into a city anymore and I won’t be blackmailed into forking out a tenner for the dubious privilege.”

The rules did find some limited support among some readers however, with ‘SDM’ writing: “Taxes are used to alter behaviour.

“Oxford wants people to change their mode of transport in the designated area.

To stop using polluting vehicles and transition to an EV or walk/cycle. To do this, they have used local taxation. It’s nothing new…”

But ‘Figaro99’ spoke for many, adding: “For any Council to punish its own people retrospectively for driving petrol and diesel cars is absolutely disgraceful woke Left nonsense.

“The UK people are already buying electric and hybrid cars in their thousands, and this appalling legalised theft is totally unnecessary, and should be stopped immediately.”