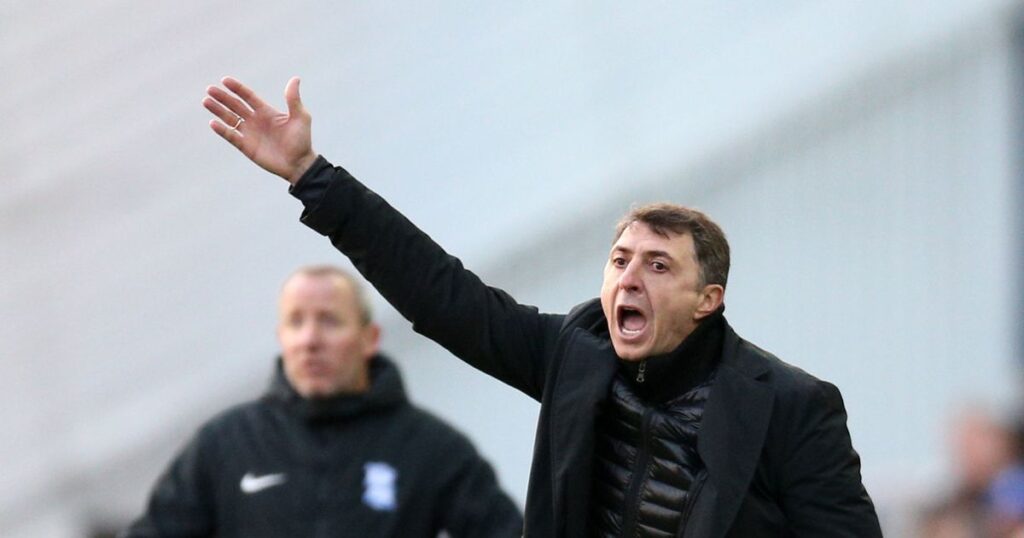 When Hull City beat Swansea City 2-0 at the MKM Stadium on January 29, Shota Arveladze must have thought managing in the Championship was a breeze, wondering what all the fuss was about. That was the Georgian’s first game in charge of the Tigers and came on the back of successive wins against Blackburn Rovers – at home – and Bournemouth away, both of whom were at the top end of the division and going well.

City, by comparison, were at the opposite end of the table and facing a nervous end to the campaign hoping they could scrap and fight their way to survival building on a rare commodity in recent Championship seasons – back-to-back home wins. Since that January afternoon, results at the MKM Stadium have gone downhill in drastic fashion with last Saturday’s 3-1 home defeat to Luton Town the fifth on the spin, and but for a stoppage-time goal from Tom Eaves, it would have been the fifth without even managing to score a goal.

The fact that Eaves was able to break that run has probably saved City from more scathing criticism because to go five games in front of your own fans is diabolical, whichever way you dress it up – and it has been. Off the pitch, new owner Acun Ilicali and the staff behind the scenes have worked hard to gradually increase attendances, games against Barnsley and Luton both reached and surpassed the biggest crowds seen at the MKM for a decent amount of time, yet the players failed to deliver and for those fans hoping to be tempted back by winning football, would have gone home disappointed.

The two-week international break has given City a much-needed break, a chance to reset themselves, according to Arveladze, and give him the most concise amount of time on the training pitch he’s had in his short time at the club, and it will be valuable to those players not away on duty with their respective countries.

Friday night, however, will soon arrive and once again it will give the Tigers a chance to put on a display in front of their own supporters against a side chasing the dream of promotion back to the Premier League. Huddersfield Town could move second with victory at the home of the East Yorkshire club, and given the state of the form book, you’d have to be brave to go against anything other than an away victory, so bereft of confidence at home are City.

George Honeyman, speaking after the Luton defeat, admitted that if his players were not careful, then the home ‘thing’ could become a problem – the reality is, the home form is already a problem and a significant one at that, it has been all season. Barring the odd game here and there, City at home this season has been a tough, tough watch and anything but enjoyable, and it’s something that Arveladze must find a way of solving, beginning with the next four games.

Four of City’s seven remaining games come in front of a fan base hoping to be enthused, desperate to be entertained and above all else, actually go home having won a football match because they’ve been able to do that on just five occasions this term. If that wasn’t uninspiring enough, no team in the Championship has lost more than the 11 City have, while the match-paying public of Hull have seen just 16 goals scored by their side in the 19 games they’ve been to, the joint-worst along with Barnsley in the league.

Some will blame the fans in part for a lack of atmosphere, getting on the players’ backs and any number of other reasons, but the fundamental issue here lies with the manager, his coaching staff and players. They’re the only ones who have the power to change that by delivering a performance that excites the supporters, get them off their feet and in turn generates a positive atmosphere, just like against Rovers and Swansea. The power of an early goal was key, it lifted the mood, it created vibrancy on the pitch and in the stands – confidence was evident and that’s what’s needed.

City need to be positive, they must be proactive and play on the front foot against Huddersfield, and the remaining four games must be used as an advert for City fans to be positive going into a summer of unknowns – there is going to be significant change at the club this summer and if fans are going to buy into it, they need to see some light, to be given something to cling onto.

Huddersfield, Cardiff, Reading and Nottingham Forest will all provide different levels of opposition with differing levels of importance in the context of the league, but for City, each and everyone is absolutely critical.