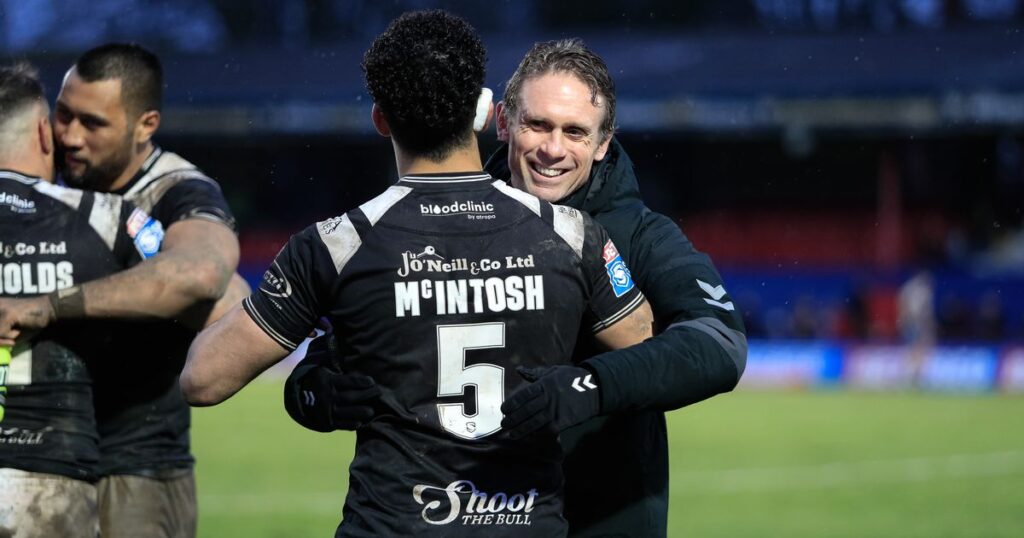 Brett Hodgson can feel momentum starting to build around Hull FC’s season as they aim to pick up their fourth straight win in all competitions. The Black and Whites struggled for consistency over the first few weeks of the campaign and came in for criticism as morale boosting wins were following up by frustrating losses.

However, since the disappointing defeat to Castleford Tigers at Wheldon Road, Hodgson’s side have produced three wins and they’ve looked more than capable of working their way up the Super League ladder. Of course, the season is only six games old, but FC would move level on points with league leaders St Helens, Catalans Dragons and Wigan Warriors with a win at the DW Stadium tomorrow night.

Hodgson thinks it’s too early in the season to say the clash against Wigan is a yardstick opportunity, but he does believe FC are on the right track.

“It’s enjoyable coming to work and that helps,” Hodgson said when asked about his side’s momentum. “I think we’re understanding now, I’ll refer back to that Castleford game, we lacked the balance in that game and thought we could just turn up and win easy.

“You can’t do that against any team, whether it’s Castleford or St Helens you have to turn up willing to do the hard stuff to then get the rewards. Even against Sheffield on the weekend, I felt we started the game with the right intent, we were strong defensively and ran hard and the joys came off the back of that and that’s what we have to make sure we’re turning up for.”

He added: “We’re just looking for consistency in our performances in the way that we start games and I think we’ll see this week if we’re able to turn up and do that off a short turnaround and a long trip to Wigan. There’s a lot of challenges there but none of them can be an excuse and that’s what we’ve spoken about.”

Hodgson has been able to bring Luke Gale, Kane Evans and Darnell McIntosh back in his 21-man squad and although some key men are still missing, he believes this week’s round seven line-up could be the strongest he’s named all season.

“There’s still a few missing but it’s good to have a couple of headaches,” Hodgson said. “There’s been times where it‘s been hard to put a team together and we’ve had to play players out of position.

“It’s been pleasing that we’ve got through that period with some results as well. Hopefully we’ll be able to keep everyone on the field now.”