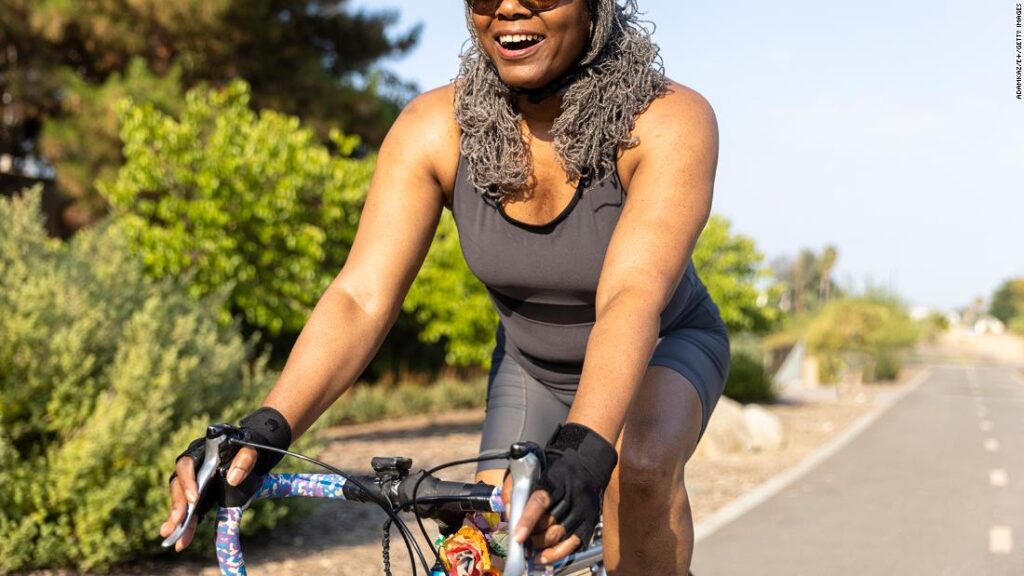 A delay in the brain’s processing speed is one of the key aspects of cognitive aging. Being able to think more quickly helps with planning, problem-solving, staying focused on tasks and the ability to easily engage in conversations with others.

“We found that greater physical activity was associated with greater thinking speed reserve in women, but not in men,” said study author Judy Pa, a professor of neurosciences at the University of California, San Diego, School of Medicine, in a statement.

Mental processing speed in both sexes also benefited from cognitive activities such as playing card games and reading, according to the study, which Neurology, the medical journal of the American Academy of Neurology, published Wednesday.

“Taking part in more mental activities was associated with greater thinking speed reserve for both men and women,” said Pa, who is co-director of the Alzheimer’s Disease Cooperative Study at UC San Diego.

However, any positive association between cognitive activities and memory reserve only applied to women, the study found.

“Any woman reading this story can feel empowered to take control of their brain health today by staying physically active and cognitively engaged,” said Dr. Richard Isaacson, director of the Alzheimer’s Prevention Clinic in the Center for Brain Health at Florida Atlantic University’s Schmidt College of Medicine. He was not involved in the study.

The study asked 758 people with an average age of 76 about their weekly physical and mental activities. Participants earned points for each of three categories of cognitive engagement: taking classes on various subjects; playing cards, games or bingo; and reading magazines, newspapers or books.

Each person in the study underwent a brain scan and took thinking speed and memory tests: Some people showed signs of cognitive impairment and dementia while others had no thinking or memory problems. The researchers then compared those test results with brain scans of the hippocampus, a part of the brain associated with dementia.

Each additional mental activity, such as playing cards or reading, lessened the aging of that person’s mental processing speed by an average of 13 years — 17 years among men and 10 years among women, the study found.

“As we have arguably few-to-no effective treatments for Alzheimer’s disease, prevention is crucial. An ounce of prevention is worth a pound of treatment,” Pa said. “To know that people could potentially improve their cognitive reserve by taking simple steps such as going to classes at the community center, playing bingo with their friends or spending more time walking or gardening is very exciting.”

However, the study did not find any significant impact on memory. For example, greater physical activity was not associated with additional memory reserve in men or women. Why? That’s a complicated question, said Isaacson, who also serves as a trustee of the McKnight Brain Research Foundation, which focuses on cognitive aging research and education.

“Was the memory test being used sensitive enough to detect change? Were the people in the study exercising enough to really move the needle?” Isaacson asked.

“In our work, we have found that certain people need to really commit to their exercise program to demonstrate effects on the memory domain,” he said. “For example, people with one or more copies of the APOE4 genetic variant need to participate in more intense cardiovascular exercise programs, such as high-intensity interval training on a regular basis, to show positive effects.”

A genetic risk for Alzheimer’s

People who carry at least one copy of a gene called APOE4 have a greater risk of developing the characteristic beta-amyloid plaques and tau tangles of Alzheimer’s as they age.

Women in the new study carrying an APOE4 gene did not see the same benefits to their cognitive reserve from additional physical and mental activities.

“The most interesting aspect of the study is that APOE4 differentiated women from men,” said Rudy Tanzi, professor of neurology at Harvard Medical School and director of the genetics and aging research unit at Massachusetts General Hospital in Boston.

“It’s possible that APOE4 either increases amyloid burden in women more than men. Or, perhaps, once amyloid accumulates, it leads to a fast cascade of pathology and neurodegenration in women versus men,” said Tanzi, who was not involved in the study.

“The study also implies that women who carry the APOE4 risk (gene varient) for Alzhiemer’s may need to be extra diligent about practicing a more brain-healthy lifestyle,” he added.

The study had limitations: Participants self-reported physical and mental activity, so people may not have remembered correctly. Nor did the study control for other factors, such as education, that impact how well a person’s brain ages.

“While exercise and staying mentally engaged shined through in this study, a comprehensive approach toward reducing Alzheimer’s risk factors is the best recipe for success,” Isaacson said.

“Any prevention plan should also include regular follow-up with a primary care physician, management of vascular risk factors like blood pressure, blood sugar, and cholesterol, avoiding smoking, minimizing alcohol use, prioritizing sleep, managing stress, and following a Mediterranean-style diet, among many other suggestions,” he said.