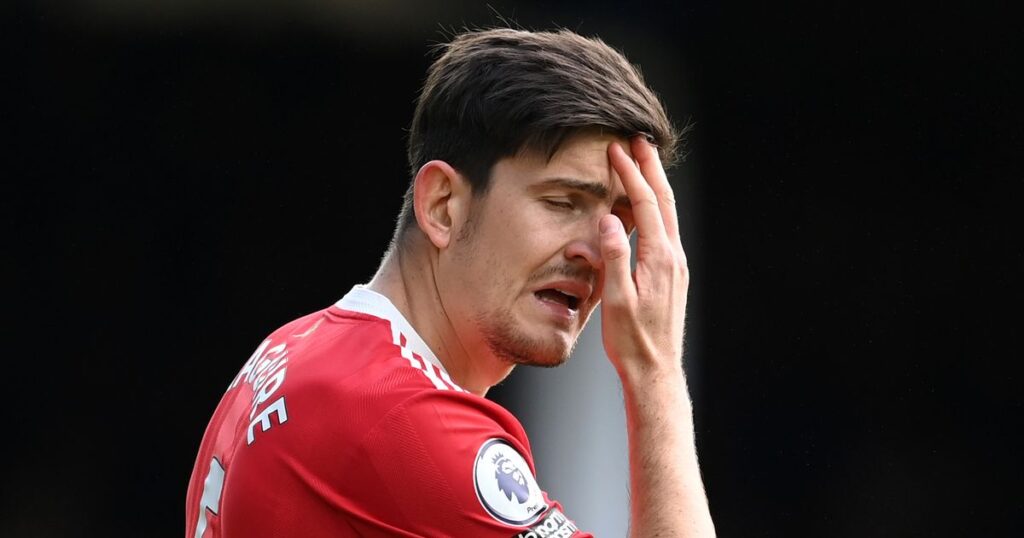 The 29-year-old has been subject to widespread scrutiny and criticism during what has been a poor season for all connected to the Old Trafford giants. United’s £80m skipper Maguire has now had to report a bomb threat to police, leading to Cheshire Constabulary conducting a sweep of the home he shares with his fiance and two young children in Wilmslow.

A spokesman for the England international told the PA news agency: “In the last 24 hours, Harry has received a serious threat to his family home. He has reported this to the police who are now looking into the matter. The safety of his family and those around him is obviously Harry’s number one priority. He will continue to prepare for this weekend’s fixture as normal and we will not be commenting in any further detail at this time.”

“On Wednesday 20 April Cheshire Police were called to reports of a bomb threat at an address in the Wilmslow area,” Cheshire police said in a statement. “No evacuations took place, but as a precautionary measure a police explosives dog has attended the address this afternoon, Thursday 21 April, to conduct a search of the gardens and surrounding area.”

United will travel to Arsenal for Saturday’s lunchtime kick-off looking to respond to Tuesday night’s embarrassing 4-0 defeat at arch-rivals Liverpool, leaving the Red Devils with a task to qualify for the top four and a Champions League place. Ajax boss Eric Ten Hag was appointed the club’s new manager on Thursday, with the Dutchman replacing interim boss Ralf Rangnick at the end of the season.

Maguire remains revered in East Yorkshire, and Tigers fans leapt to his defence on social media in the aftermath of the disturbing news which emerged.