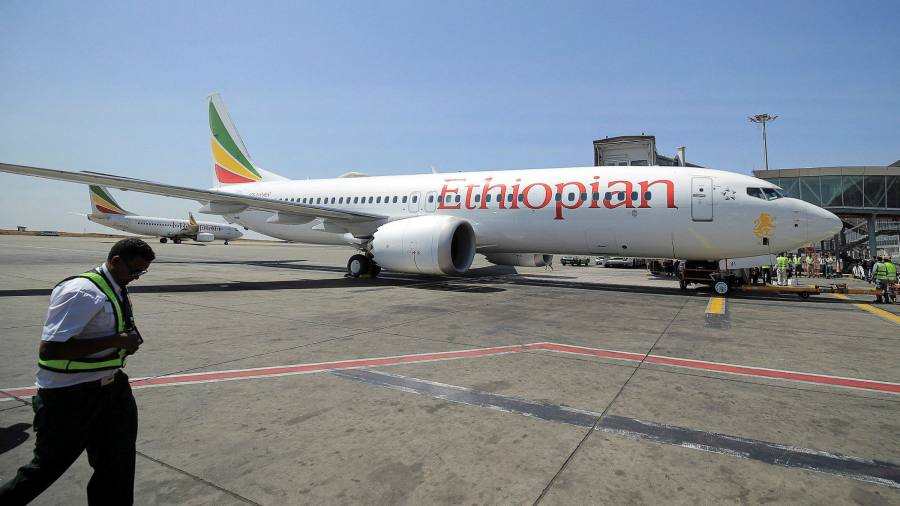 
Ethiopia is seeking billions of dollars of foreign investment as it presses on with reforms to open up its state-managed economy and boost flagging growth.

Addis Ababa this month launched a fund, aimed at attracting investment for at least $150bn worth of state-owned companies and assets. Ethiopia is keen to regain economic momentum after it slowed during the Covid-19 pandemic and a civil war in the northern region of Tigray.

By allowing a degree of private investment, officials in Africa’s second-most populous country said the launch of Ethiopian Investment Holdings marked a key step away from the longstanding state-led development model that promoted national control of sectors such as banking, logistics and telecoms.

“The establishment of EIH is a strong testament that the government’s economic reform agenda for growth and resilience is well on track,” Mamo Mihretu, the fund’s founding chief executive, told the Financial Times.

Ethiopia’s economy grew at near double-digit rates for the best part of two decades. However, the IMF said in its latest forecast that it expanded only 2 per cent last year, and it omitted growth projections for 2022 “due to an unusually high degree of uncertainty”.

Ethiopia has historically followed a state-led development model, partly funded by infrastructure investment from China and a high level of local savings. The EIH is the latest stage in a reform process aimed at encouraging expansion of the private sector in one of the region’s economic powerhouses, a country of 115mn people.

Under Abiy Ahmed, prime minister since 2018, Ethiopia has committed to opening up its economy and has planned a series of privatisations, including the sale of a stake in Ethio Telecom. The government allocated the country’s first telecoms licence last year, while Abiy this week pledged in parliament to open the banking and financial sector to foreign investors.

“The Covid pandemic and the conflict in Tigray are subsiding, so now the talk here is how we can revamp the Ethiopian economy,” said Mehrteab Leul, managing partner at Ethiopian corporate lawyer MLA, which advises foreign investors. “Years back, the underlying principle of the Ethiopian economy was a developmental economy with the state having the leading role. But now the thinking is that the private sector should have a big role.”

Ethiopia has joined two dozen other African countries that have established sovereign wealth funds. The first was Botswana’s Pula Fund, set up in 1994.

Ethiopia has more than 40 state-owned enterprises, including Africa’s largest carrier Ethiopian Airlines; Commercial Bank of Ethiopia, the country’s biggest bank; and significant federal land holdings. However, it is unclear how much interest there will be from international investors. Of several companies that had expressed interest in last year’s telecoms auction, only two consortiums submitted offers.

The aim of the EIH was to “make the most” of the value of state-owned assets through professional management, Mamo said. “By optimising the value of the range of assets the government owns, EIH will be a booster to the Ethiopian economy.” Mamo, previously a senior economic adviser to Abiy, sees the EIH as a strategic development sovereign fund on similar lines to Singapore’s Temasek Holdings and Abu Dhabi’s Mubadala Investment Company.

Temasek was established in 1974 to manage the government’s stakes in telecoms, airline, manufacturing and shipping companies. The Turkey Wealth Fund, set up in 2016, is anchored in government stakes in some of the nation’s biggest companies, including Turkish Airlines, Turk Telekom and three large banks.

Analysts described these types of sovereign funds — which are not tied to commodities, as in Chile and Norway — as akin to holding companies that help enterprises develop best practice and identify poor management. They can also act as a partner for foreign direct investment.

“Sovereign wealth funds in countries like Turkey, Morocco or Egypt, which don’t have ‘excess’ profits to bank from commodities, are . . . a way for the state to retain primacy in a private sector and . . . help leverage state assets to up investment. I think both apply in Ethiopia’s case,” said Charlie Robertson, global chief economist at Renaissance Capital.

“This is Ethiopia’s attempt to find more sources of investment inflows via debt, which would support its investment-led growth model,” he added.