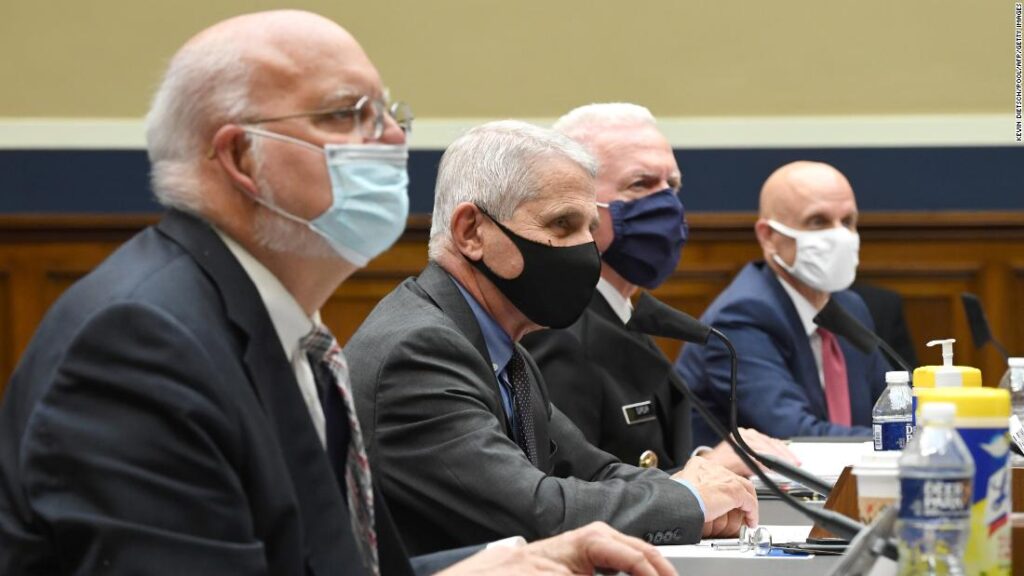 The US Government Accountability Office released a report Wednesday detailing how four public health agencies that were reviewed — the US Centers for Disease Control and Prevention, the Food and Drug Administration, the National Institutes of Health and the Office of the Assistant Secretary for Preparedness and Response — do not have procedures in place that define political interference in scientific decision-making. The report also recommends how such incidents of interference should be reported and addressed.

Yet the GAO report notes that employees at the CDC, FDA and NIH have revealed in interviews and via a confidential hotline that they observed incidences they perceived to be political interference but did not report them for various reasons: being unsure how to report the issue, believing that agency leaders already were aware of the incident and fearing retaliation.

“For example, in May 2020, a senior official from ASPR claimed HHS retaliated against him for disclosing, among other things, concerns about inappropriate political interference to make chloroquine and hydroxychloroquine available to the public as treatments for COVID-19,” GAO officials wrote in the report.

A previous GAO report, released in November 2020, recommended that the FDA should be clearer, more consistent and more transparent in disclosing to the public the information from its scientific reviews of safety and effectiveness data when authorizing therapeutics and vaccines.
During the Trump administration, and as the Covid-19 pandemic arose, congressional lawmakers alleged that the White House interfered in the FDA’s and CDC’s scientific messaging around the coronavirus.
Trump officials at the time, such as former FDA Commissioner Dr. Stephen Hahn and former CDC Director Dr. Robert Redfield, claimed that there was no political interference and that agency leaders were putting the science first.

‘They observed but did not report’

For its new report, the GAO requested data from each public health agency on internal allegations of political interference, dating from the years 2010 to 2021.

“Agency officials did not identify any formally reported internal allegations of political interference in scientific decision-making from 2010 to 2021, but respondents from CDC, FDA, and NIH we interviewed told us they observed but did not report such issues,” the GAO report states.

The report finds that all four agencies — CDC, FDA, NIH and ASPR — train staff on some scientific-integrity-related topics, but only NIH includes information on political interference in scientific decision-making as part of its scientific integrity training.

“The absence of specific procedures may explain why the four selected agencies did not identify any formally reported internal allegations of potential political interference in scientific decision-making from 2010 through 2021,” the report notes.

The GAO makes several recommendations in its report to the CDC, FDA, NIH and the US Department of Health and Human Services, where the agencies are based, to help improve the reporting and addressing of political interference allegations.

“To help reduce employees’ fear of retaliation and encourage appropriate reporting, agencies could include information on whistleblower protections, and clarify any reporting requirements for employees who believe they observed potential political interference in scientific decision-making,” according to the GAO report. “Training agency employees and contractors performing scientific activities would help agencies ensure that employees and contractors understand how to report allegations of political interference.”

HHS “concurred with the recommendations,” according to GAO. The report notes that HHS also stated that it has formed a working group to develop updates to HHS’s scientific integrity policy.