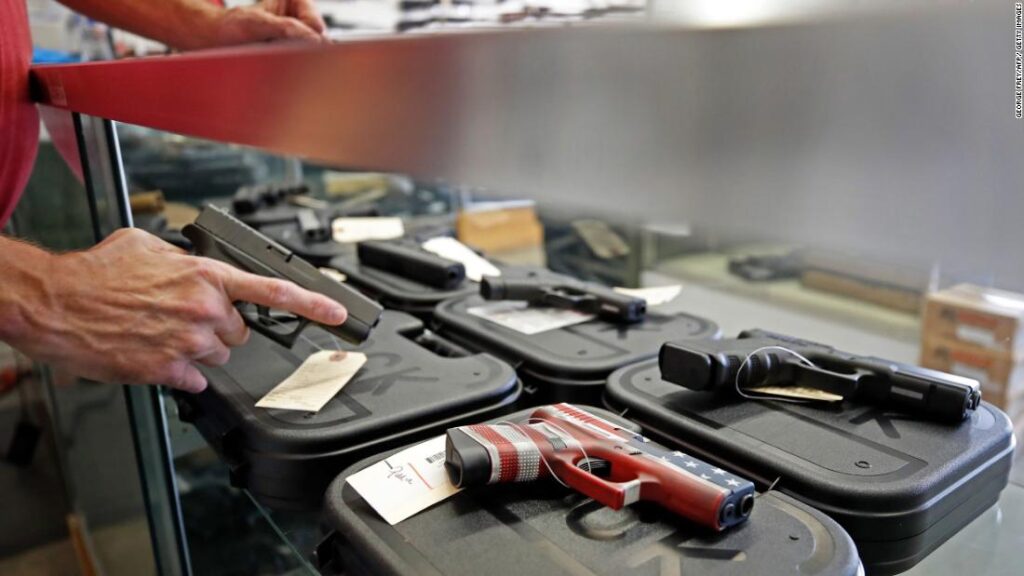 The researchers analyzed 10 years of health data on more than 6,000 survivors and more than 12,000 family members from IBM and Medicare databases.

They found that in the month after a nonfatal firearm injury, survivors had a 249% increase in the rate of pain diagnoses, a 200% increase in a psychiatric disorder diagnosis and a 670% increase in substance use disorders compared with the control group.

In family members, psychiatric diagnoses increased 18% in the month and 12% in the year after a nonfatal injury.

In the year after an injury, health spending rose $2,495 per person per month, a more than 400% increase, for survivors.

“Our findings demonstrate that the roughly 40,000 U.S. firearm deaths each year underrepresent the overall toll of firearm injury,” the study authors wrote.

“Nonfatal firearm injuries are more than twice as frequent and have economic and clinical implications for survivors and their family members, with direct costs largely borne by society through commercial insurers, self-insured employers, and public programs like Medicare.”

Early, specific intervention may be needed to reduce handgun carrying in adolescents and young adults in rural areas, according to a study published Monday in JAMA Network Open.

The researchers examined data from about 2,000 people who reported their handgun use from when they were 12 to 26 years old between 2005 and 2019.

For those who carried handguns, “the age at initiation was young, starting at 12 to 14 years.”

The researchers compared data on rural carrying with existing research on urban handgun carrying and found that differences between the two communities “point to the need for prevention approaches tailored for rural contexts.”

Previous research on urban handgun carrying identified only four carrying trajectories. Trajectories in urban research have a “bell-shaped” curve and peak at age 21, but rural trajectories in this study did not peak through age 26, the highest age the researchers examined.

This difference could signal a need for different ways of intervening in rural areas, the authors said.

“Given the early age of handgun carrying initiation in rural areas for most trajectories, programs established for educational and youth-serving organizational settings to educate adolescents about firearms, firearm violence, and how to resolve conflicts without firearms may be suitable for rural areas, especially if those programs connect to the firearm culture of that community,” the authors wrote, noting that “almost all” current intervention programs focus on crime, which may not apply in rural settings.

Other researchers say enforcement is the answer

In an editorial published alongside that study, researchers with Duke University and the University of Michigan pushed back on the conclusion that early intervention should come in the form of education, noting higher rates of suicide in rural adolescents.

” ‘Promoting handgun safety’ by educating rural children is of limited value, especially given that the predominant gun problem for adolescents in rural areas is suicide,” Philip Cook and Susan Parker wrote.

Cook and Parker argued for the enforcement of existing regulations, including those banning the sale of handguns to anyone under 21, banning the possession of handguns by those under 18 and focusing intervention efforts on parents.

The study’s authors “focus their recommendations on programs to teach gun safety to youths, although there is little evidence that training or educational programs are effective in reducing risky behavior,” Cook and Parker wrote.

“Any comprehensive campaign to reduce youth suicide should include measures to persuade, facilitate, or incentivize parents to maintain control over guns in the household.”