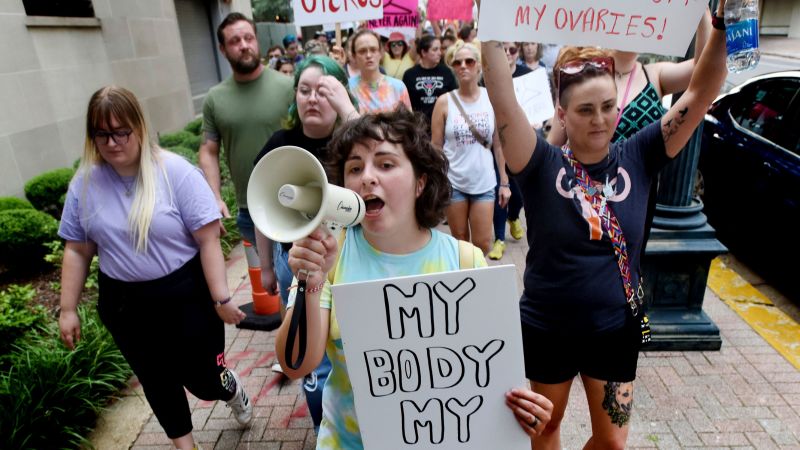 In clarifying guidance announced Wednesday, the Biden administration says federal law does not allow pharmacies to turn away people who have a prescription for a drug that may end a pregnancy.

The US Health and Human Services Department Office for Civil Rights sent guidance to more than 60,000 pharmacies across the country with a reminder that under federal civil rights law, pregnancy discrimination is a form of sex discrimination, and that is illegal.

“We are committed to ensuring that everyone can access health care, free of discrimination,” HHS Secretary Xavier Becerra said in a news release Wednesday. “This includes access to prescription medications for reproductive health and other types of care.”

The federal law applies to any pharmacy that receives federal financial assistance, including through Medicare and Medicaid payments.

A senior HHS official said Wednesday that the Office for Civil Rights has received a lot of questions and possible complaints in the wake of the US Supreme Court’s decision to end the constitutional right to an abortion. The official could not quantify the number of calls or emails received.

The guidance gives several examples to define what this kind of discrimination might look like but did not specifically address medication abortion. The examples included a person who had a prescription for an emergency contraceptive to keep them from becoming pregnant after they have been sexually assaulted, as well as a pharmacy selling other contraceptives like condoms but refusing to fill a prescription for emergency contraception. These may be discrimination on the basis of sex.

Another potential case could be if a pharmacy refuses to stock or fill a prescription for methotrexate, a drug that reduces pain and swelling in people with rheumatoid arthritis but could also potentially terminate a pregnancy. This may be discriminating on the basis of disability.

One more example was someone with a bleeding disorder who is scheduled for a surgical abortion and is prescribed hemoglobin to lower the risk of bleeding during the procedure. If the pharmacy finds out why the person is using the drug and refuses to fill the prescription, they may be discriminating on the basis of sex.

Several professional associations have told CNN that they are aware that women have been denied medicines from pharmacies that had the potential to terminate a pregnancy, even if the prescription was for a condition that has nothing to do with pregnancy like lupus, rheumatoid arthritis and certain skin conditions.

A spokesperson for Walgreens said Wednesday that it will review the guidelines.

“Our pharmacy staff will continue to work closely with prescribers as needed, to ensure that any prescription medications are dispensed in compliance with applicable pharmacy laws and regulations,” said Fraser Engerman, the company’s senior director external relations, in an email. “We provide ongoing training and information to help our pharmacists understand the latest requirements in their area, and with these supports, the expectation is they are empowered to fill lawful, clinically appropriate prescriptions.”

HHS encouraged people who feel like they have been discriminated against to call or file a complaint on the agency’s website. This includes discrimination based on current pregnancy, past pregnancy, potential or intended pregnancy, and medical conditions related to pregnancy or childbirth.

The US has the highest maternal mortality rate among developed nations, according to HHS, and most maternal deaths in the US are preventable.

Over the past two decades, maternal mortality rates have been rising, according to the US Centers for Disease Control and Prevention.

Just since the Supreme Court decision June 24, more than a dozen states are in legal fights over abortion bans and other laws that strictly limit the procedure.

The Biden administration has also taken several steps with regard to abortion in the wake of that decision.

Biden directed Becerra to submit a report on actions his department is taking to ensure reproductive health care access. HHS will take action to expand access to emergency contraception and long-acting reversible contraception like intrauterine devices.

On Monday, the Biden administration said that federal law preempts state abortion bans when emergency care is needed and that the federal government can penalize institutions or providers that fail to provide abortions as needed to treat medical emergencies.

The administration said examples of emergency medical conditions include, but are not limited to, ectopic pregnancy – when the fertilized egg grows outside a woman’s uterus – and complications of miscarriages. Stabilizing treatment could include abortion.

On Tuesday, the US Department of Justice announced a task force aimed at identifying ways to protect reproductive rights.