Why the A380 superjumbo is staging a comeback 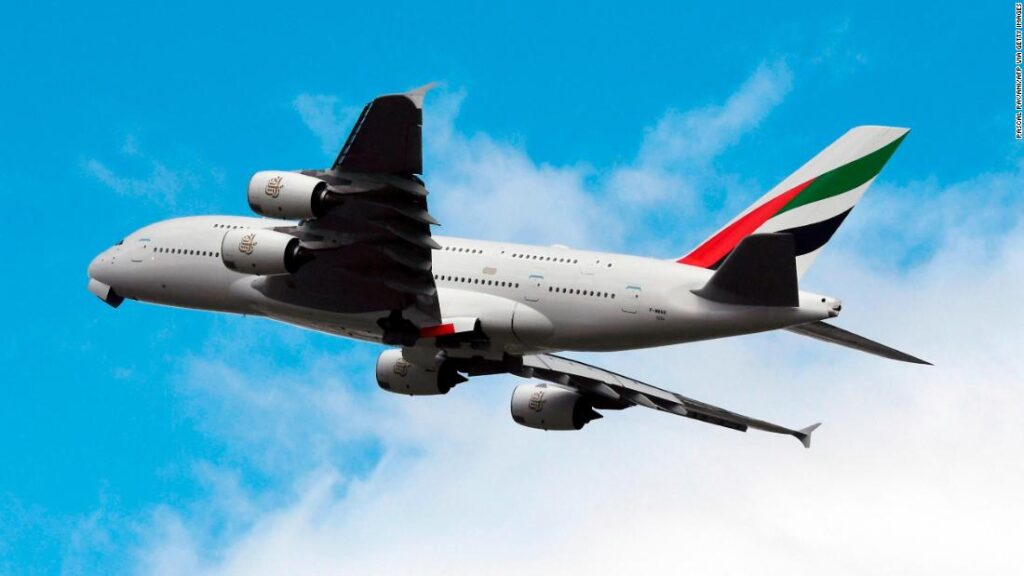 
(CNN) — The post-pandemic recovery of commercial aviation may have an early, unlikely protagonist: the A380 superjumbo.

The world’s largest passenger plane seemed to be on the scrapheap just two years ago, as airlines grappled with the spread of the coronavirus. The entire fleet was grounded, many of the planes went into long-term storage, and some airlines even took the chance to get rid of their A380s altogether, with Air France retiring its fleet in May 2020.
But now, as passenger numbers rise and air traffic returns to pre-pandemic levels, the plane is enjoying a resurgence. More than half the global fleet is already back into service, according to data from Flightradar24.

Emirates has the world’s largest fleet of A380s.

Lufthansa was the latest carrier to announce the plane’s return — although not before 2023 — and there are reasons to believe that more A380s will progressively soar back into the skies.

“It’s definitely having a comeback,” says Geoff Van Klaveren, an aviation analyst and managing director of advisory at IBA. “Operators were quite reluctant to bring it back because it’s a very costly airplane, but I think we’ve seen demand recovering faster than people expected.”

Airbus produced and delivered 251 A380s, and 238 remain available for service today, with the rest having been retired or scrapped. The plane, which is no longer in production, is popular with passengers and crews but not with airlines — only 14 have operated it to date.

Out of those, nine are currently flying it: British Airways, All Nippon Airways, Emirates, Singapore Airlines, Qantas, Qatar, Asiana, Korean Air and China Southern Airlines. Some of these already have plans to press even more of their A380s back into service.

Singapore Airlines, for example, is currently flying 10 A380s out of its fleet of 12, but confirmed to CNN Travel that the remaining two are currently being retrofitted and will re-enter the fleet soon. Korean Air also said that it will bring back a third A380 out of its fleet of 10, to join the two already in service.

Qantas, which is operating three out of its 12 A380s on the Sydney-Singapore-London route, confirmed to CNN Travel that it aims to have a total of six back into service before the end of the year, with a plan to reinstate four more by 2024 (the remaining two are to be scrapped).

Emirates, the largest A380 operator with 123 of the aircraft, is also ramping up. “Today we operate […] more than half of our A380s,” says Richard Jewsbury, divisional vice president UK at Emirates. “By the end of the year, we’re aiming to operate close to 90 A380s across our entire network.” That means that over a dozen more A380s will join the ones currently flying.

The very last A380 ever produced, in late 2021, went to Emirates. It’s among a handful of Emirates A380s to include a premium economy section — a middle ground between basic economy and business class.

It has proven popular enough that the airline plans to retrofit 67 more of its A380s with it, over the course of 18 months and starting later this year. In that configuration, with four classes including first, business, premium economy and economy, the aircraft can seat 484 passengers. In the densest, two-class configuration with business and economy only, Emirates A380s have capacity for 615 passengers.

Lufthansa has announced it’s bringing its A380s back in 2023.

There are several reasons why airlines are circling back to the superjumbo. “There’s a lack of wide-body capacity, as some operators such as British Airways retired older airplanes like the Boeing 747. There have also been some production issues with the new A350 and so forth. So some airlines need the capacity,” says Van Klaveren.

That’s not all. For some airlines, putting the plane back into service makes sense because the value of the aircraft has fallen so much that it’s no longer possible to sell them.

“Some operators have realized that it’s a very difficult airplane to sell, for many different reasons. If you don’t have any A380s you’re definitely not going to bring it into your fleet, because that’s very risky and expensive,” says Van Klaveren.

“The value of a 10-year-old A380 fell 60% compared to pre-pandemic, to $30 million compared to around $76 million, which is quite extraordinary. So a lot of [airlines] think they might as well operate them, because it’s costing them money to keep them airworthy.”

Two airlines, Thai and Malaysia, have in fact put all of their A380s up for sale, but haven’t found any buyers yet. The only other holdout so far is Etihad; the Abu Dhabi-based airline has 10 in its fleet, but isn’t operating any and it currently has no firm plans to do so.

Emirates has recently launched a new A380 cabin including a premium economy class.

Compared to the gloomy predictions of two years ago, it might now be time to imagine a rosier future for the superjumbo.

“I think most of the airlines will continue to operate the planes to the end of their life,” says Van Klaveren. “The question mark is whether that life is more like 18 years rather than 25 years, which is the lifetime of most aircraft. If you compare it to the new generation aircraft, it really is not particularly fuel efficient, so that would suggest that its average age will come down.”

Because Emirates has so many A380s, the destiny of the plane will largely rest in its hands. “I think they will get them all flying again, because they’re pretty critical for their business model,” says Van Klaveren.

The Dubai-based airline continues to show enthusiastic support for the aircraft.

Tim Clark, Emirates’ president, told AirlineRatings that once the A380 is gone, it will leave a void that can’t be filled by any other aircraft currently in production: “I would build another A380 twice the size because of the zero-emissions engines we have now, with four, possibly three engines,” he added.

For now, the A380 continues to be well received by customers across the globe and will remain the airline’s flagship aircraft for many years to come, says Emirates’ Richard Jewsbury.

“For us, the iconic double-decker redefines the travel experience and it will continue to be a vital pillar of our network plans.”

Share. Facebook Twitter Pinterest LinkedIn Tumblr WhatsApp Email
Previous ArticleBiden administration says pharmacies can’t turn away people who have a prescription for a drug that may end a pregnancy
Next Article Officials urge Americans over 50 to get Covid-19 booster right away, but younger adults have to wait