What is medication abortion, and who has access to it? 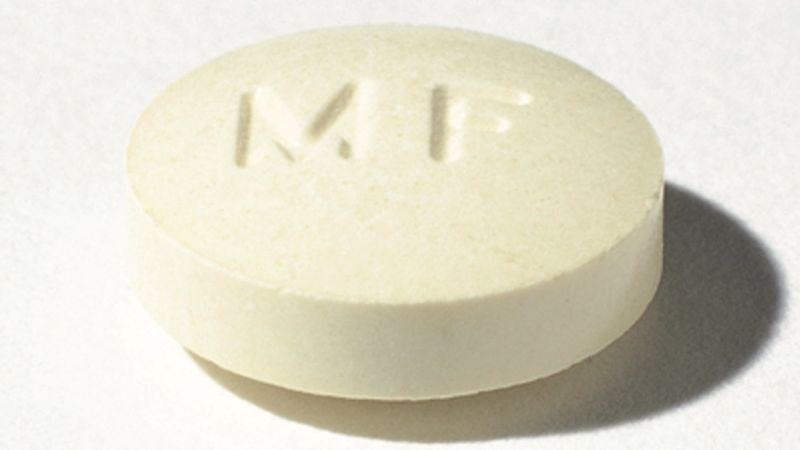 A leaked draft of a majority opinion says the US Supreme Court is set to overturn Roe v. Wade, the case that established the federal right to an abortion, meaning access to medication abortion may be more important than ever.

Some states have restricted the practice, but in December, the US Food and Drug Administration relaxed certain federal regulations on what is now the most commonly used abortion method in the United States.

What is medication abortion?

Medication abortion, also known as abortion with pills or medical abortion, is a method by which someone ends their pregnancy by taking two pills, rather than having a surgical procedure.

The first pill is mifepristone, sold under the brand names Mifeprex or Korlym. It’s also known as RU 486. The second pill is called misoprostol.

How does it work?

Mifepristone blocks a hormone called progesterone, which the body needs for the pregnancy to continue. The hormone helps maintain the inside of the uterus. When the hormone is absent, the uterus will expel its contents.

After taking mifepristone, the patient waits 24 to 48 hours to take misoprostol. That helps empty the uterus through bleeding and muscle contractions.

The drugs typically cause intense cramps and heavy bleeding for about 3 to 5 hours. A regular menstrual period will usually resume in a couple of weeks.

Within 14 days of taking the medicine, the patient will typically go back to a health clinic or doctor’s office for a follow-up appointment. A health care professional will do a lab test or an ultrasound to confirm that the abortion is complete. They will also check the patient for infection.

When can you have a medication abortion?

The drugs can be taken immediately after someone learns that they’re pregnant, up to 11 weeks after the first day of the last menstrual period, depending on where the person lives. State laws vary.

Can you get pregnant again after having it?

Yes, but a person who takes these drugs should use a birth control for at least a month afterward.

When was the process approved?

The FDA approved mifepristone, coupled with misoprostol, for abortion use in 2000. This combination is also available in more than 60 other countries.

In 2016, the FDA approved a supplemental application from the maker of Mifeprex to change the regimen and the drug label.

Who shouldn’t take the drugs?

Medication abortion medicines shouldn’t be taken 70 or more days after the start of the last menstrual period.

People who have certain health conditions or who have had an ectopic pregnancy, a rare event in which the fertilized egg implants outside the uterus, shouldn’t have a medication abortion.

It’s not recommended for people who have an intrauterine device (IUD) for birth control, although the device can be removed before the medication abortion. People on long-term systemic corticosteroid therapy and those who are allergic to the drugs or similar medications also shouldn’t use them.

People with anemia can take the drugs, but they may need more monitoring because of the bleeding that happens.

How many people use this method?

The number of people seeking abortions overall has fallen, according to the US Centers for Disease Control and Prevention. But the percentage of people using an abortion pill has increased among those who chose to have an abortion. A February study from the Guttmacher Institute, a reproductive rights think tank, found that an estimated 54% of people chose this method in 2020. In 2017, 39% did.

How do you get the pills?

Unlike with most medications that you can pick up at a nearby pharmacy, only a health care provider who is certified can order, prescribe and dispense the pills for a medication abortion.

Since 2011, the medicine has come from a restricted program called the Mifepristone Shared REMS Program. REMS stands for Risk Evaluation and Mitigation Strategy, a program the FDA uses for specific drugs to make sure the benefit outweighs any risk. Typically, drugs are in this program have some complications or contraindications.

There are 62 drugs in REMS programs, including some cancer drugs, drugs used to treat MS, antipsychotics, opioids and testosterone. Drugs in this program usually require a provider to be certified to administer them, and some require the provider follow a specific plan to educate the patient about how the drug works.

Are the rules the same about access to abortion pills across the US?

Access to pills is not equal in all states.

In April 2021, the FDA allowed medication abortion pills to be sent by mail during the Covid-19 pandemic and said it would no longer enforce a rule that required women to get the first of the two pills in person at a clinic or hospital.

As of April, 33 states permit only licensed physicians to prescribe mifepristone pills. Seven states put laws on the books that require providers to tell patients that the process could be reversed if they are given a high amount of progesterone, but scientific evidence does not support this claim. Similar laws in Arizona and North Dakota have been held up or delayed in court.

The American College of Obstetricians and Gynecologists and several other medical associations have long advocated for the removal of restrictions on how the drugs are administered.

The restrictions, the group argues, “do not make the care safer, are not based on medical evidence or need, and create barriers to clinician and patient access to medication abortion.”

Are there side effects?

Studies show that this abortion method is considered safe and highly effective.

Common side effects include vomiting, diarrhea, nausea, weakness and dizziness. These usually happen in the first 24 hours after taking the second drug.

Rare side effects include a fast heartbeat, fainting and fatal infections.

There is a 0.4% risk of major complications. The associated mortality rate is less than 0.0001%, studies show.

What if it doesn’t work?

If the abortion is not complete, the woman may need to take the medicine again. In rare cases, they may have to have a surgical abortion.