What you need to know about coronavirus on Wednesday, September 16 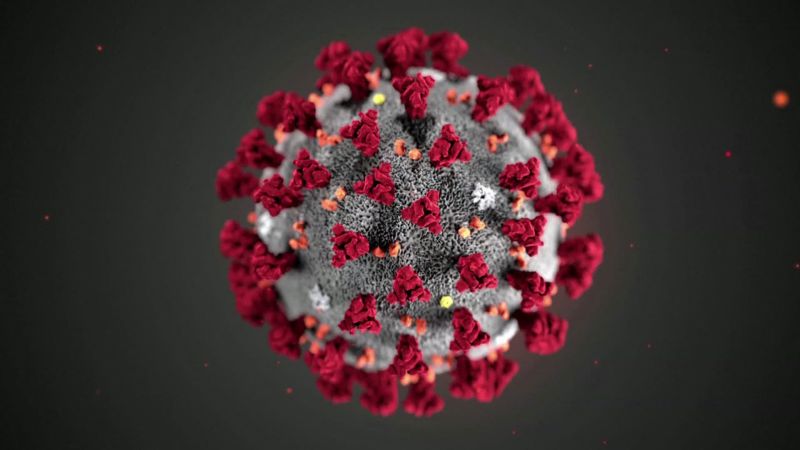 At an ABC town hall in the crucial swing state of Pennsylvania, the President hit back at a question over his remarks to renowned journalist Bob Woodward that he deliberately downplayed the threat of the virus, despite knowing the risks.

“Well I didn’t downplay it. I actually, in many ways, I up-played it in terms of action,” he claimed in response to a question at the town hall. He pointed to his government’s travel bans on China and Europe as examples of “very strong” action.

It was an invitation to the audience to refuse to believe their own ears, as Stephen Collinson writes. Trump repeatedly told Americans the virus would “just disappear,” and he privately told Woodward in mid-March: “I still like playing it down, because I don’t want to create a panic.”

Trump and the White House have been widely criticized for flouting government guidelines designed to limit the transmission of Covid-19, including social distancing and wearing a mask. On Tuesday, Trump met with Israeli Prime Minister Benjamin Netanyahu and the foreign ministers of the United Arab Emirates and Bahrain at the White House to sign normalization agreements between Israel and the two Arab countries. None of the officials wore masks, and after the meetings, a large crowd sat shoulder-to-shoulder outside to watch the leaders sign the agreements.

Q: Since there are multiple vaccines in trials, what happens if you get a vaccine, but a more effective one comes out later? Can you take more than one Covid-19 vaccine?

A: If people from different households are in a car together, they should wear face masks, said Dr. Aaron Hamilton of the Cleveland Clinic. “You should also wear one if you’re rolling down your window to interact with someone at a drive-thru or curbside pickup location,” Hamilton said. It’s also smart to keep the windows open to help ventilate the car.

A new report confirms that while deaths in kids infected with Covid-19 are very rare, children and teens from ethnic-minority groups are disproportionately impacted.

The US Centers for Disease Control and Prevention said in its weekly report Tuesday that while Hispanic, Black, Native American and Asian or Pacific people represented 41% of the US population under the age of 21, they accounted for approximately 75% of deaths in that age group.

If rich countries get the vaccine first, twice as many people will die: study

New modelling from Northeastern University shows that a coordinated vaccine response that provides countries with a number of doses proportionate to their population will save twice as many lives as if rich countries were prioritized.

If the vaccine is distributed based on population numbers, it could avert 61% of global deaths. But if higher numbers of doses are given to wealthier countries, just 33% of deaths could be prevented. The US and China are among nations that have not joined an international effort to develop and distribute a vaccine ahead of a deadline on Friday.

That’s the stark warning from the World Health Organization’s chief science officer, Dr. Soumya Swaminathan, who said there needs to be 60% to 70% of the population with immunity before a dramatic reduction in viral transmission is realistic. “We’re looking at 2022 at least before enough people start getting the vaccine to build immunity.”

A WHO special envoy, David Nabarro, also warned that the pandemic has just begun. “This is really serious – we’re not even in the middle of it yet,” he told British lawmakers. “And it’s getting nastier as we go into this particular phase in Europe of watching the thing come back again.”

In times of stress, we often turn to comfort sugary indulgences. Cutting sugar comes down to knowing how much is in what you eat and drink. A committee on dietary guidelines in the US has recommended that adults limit their sugar intake to around 6 teaspoons a day — less than a can of soda, or around two-and-a-half choc chip cookies. One tip is to replace high-sugar desserts with fresh fruit. Here are more strategies for cutting back.

“What I’m optimistic about is that we’re realizing that these systems have been broken and they’re not working for working women … who can work from home, and they’re definitely not working for women whose jobs are a bit more precarious,” said Nicole Mason, President and CEO of the Institute for Women’s Policy Research

The economic recession caused by Covid-19 is a She-cession — it has disproportionately affected women, especially women of colour. CNN Senior Global Affairs Analyst Bianna Golodryga speaks to Nicole Mason about how the pandemic has exposed the gaps in our childcare and employment systems. Listen Now.