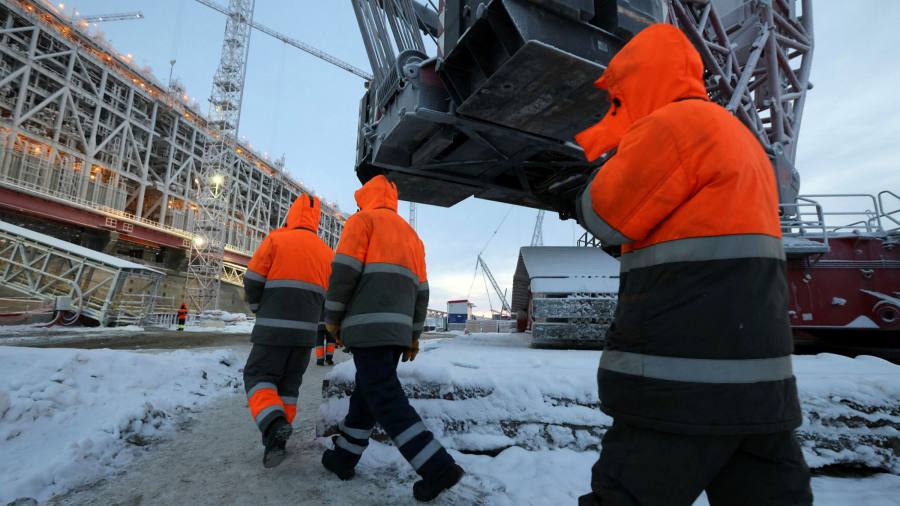 TotalEnergies is examining how to implement EU sanctions on its Russian business as the French oil and gas group comes under pressure to follow rivals in cutting ties with the country.

BP, Shell and Norway’s Equinor have said they will dump stakes in projects and sell out of Russian state-backed oil groups following Russia’s invasion of Ukraine, in moves that have rippled across the industry.

Total on Tuesday condemned “Russia’s military aggression” but stopped short of announcing an exit, saying it would not provide capital for new projects in Russia and was reviewing how to deal with its existing business.

“TotalEnergies supports the scope and strength of the sanctions put in place by Europe and will implement them regardless of the consequences (currently being assessed) on its activities in Russia,” the company said.

The group, which has a large exposure to Russia and operates liquefied natural gas plants that are largely turned towards Asian markets, is under mounting pressure from within France to take action.

“I think that from now on there is a problem of principle to work with any political or economic figure close to Russian power,” French finance minister Bruno Le Maire told France Info radio when asked whether Total should leave the country.

Total has invested heavily in two projects in the Yamal Peninsula in Russia’s frozen north alongside local partner Novatek. Total owns 19.4 per cent of the Russian company, which has been under US sanctions limiting its access to finance since 2014 when Russian president Vladimir Putin annexed Crimea.

Novatek’s other main shareholders include the Volga group, the investment vehicle of Gennady Timchenko, who featured among businessmen on a list of individuals sanctioned by the EU over the invasion of Ukraine.

Unlike BP, ExxonMobil and Shell, whose large Russian investments predated the annexation of Crimea and associated sanctions, Total has continued to expand its footprint in Russia since 2014.

Novatek’s Yamal LNG project, in which Total owns a 20 per cent direct stake, began shipments in 2017. The French energy major in 2019 acquired a 10 per cent direct stake in a second Novatek project, the Arctic LNG 2 development in the Gydan Peninsula, which is expected to begin production in 2023 and ship 19.8mn tonnes of LNG a year.

Russia last year delivered 16 per cent of Total’s global oil and gas production, according to investment bank Jefferies, and cash of $1.5bn.

“He is acutely aware of the gravity of the situation and the problem it raises,” Le Maire said. “We will be able to take decisions together in the coming days.”

Le Maire also said he would talk to the head of energy group Engie, which was one of the financial backers of the Nord Stream 2 pipeline project that has been frozen.

Total said it was looking to provide fuel to help Ukrainian authorities and aid for Ukrainian refugees.