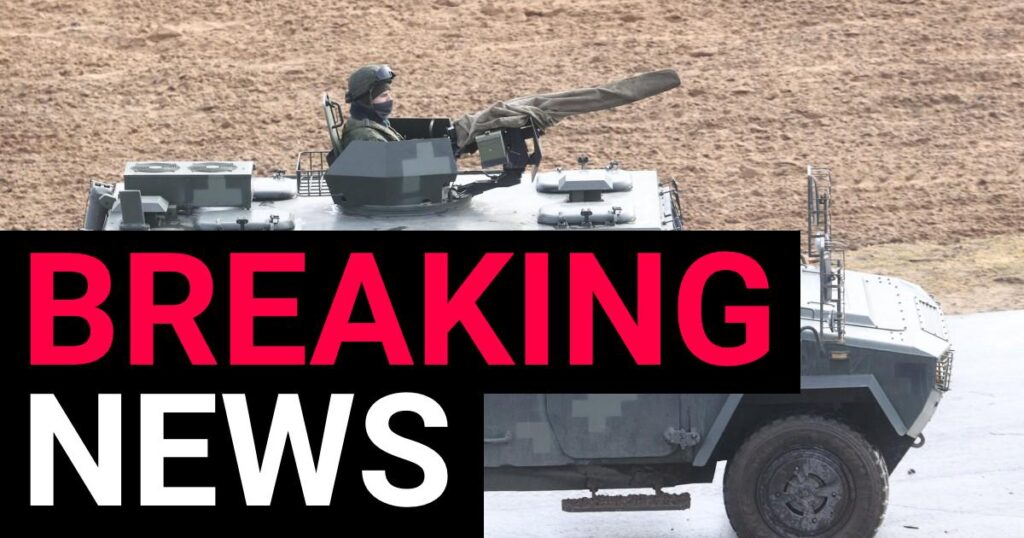 
Ukrainian authorities have claimed that Belarus has now joined Russia’s invasion, with troops said to have crossed the northern border.

In a statement on Twitter, the country’s parliament said Belarusian troops had entered the Chernihiv region, adding: ‘The information was confirmed to the Public by Vitaliy Kyrylov, spokesman for the North Territorial Defense Forces.’

Belarus is a strong Russian ally and has been a launch pad for the invading troops.

President Alexander Lukashenko has fallen in line with Vladimir Putin’s military assault after earlier playing an intermediary role between the two neighbours.

He said last week that troops from his ex-Soviet country could take part in Moscow’s military operation against in the country if needed.

State news agency Belta reported that he would be deploying more forces to the border.

He is quoted as saying: ‘Those are well trained rapid deployment groups which are ready to stop any provocation and any military action against Belarus.’

This is a breaking news story, more to follow soon… Check back shortly for further updates.

Got a story? Get in touch with our news team by emailing us at webnews@metro.co.uk. Or you can submit your videos and pictures here.

You can now also get Metro.co.uk articles sent straight to your device. Sign up for our daily push alerts here.