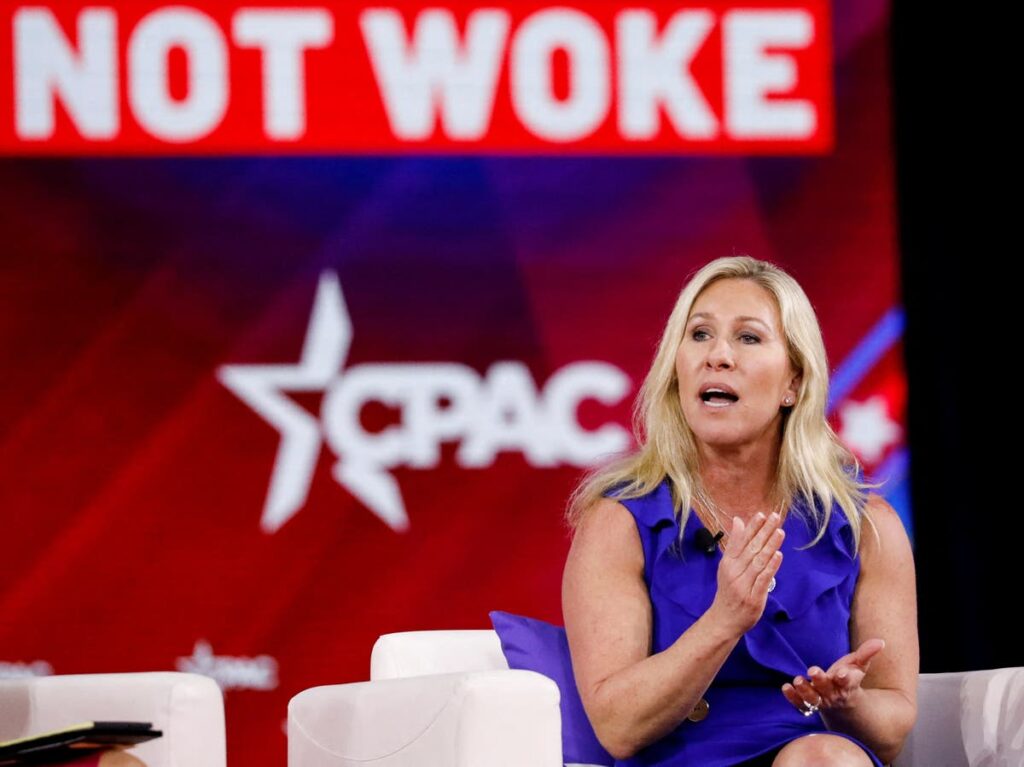 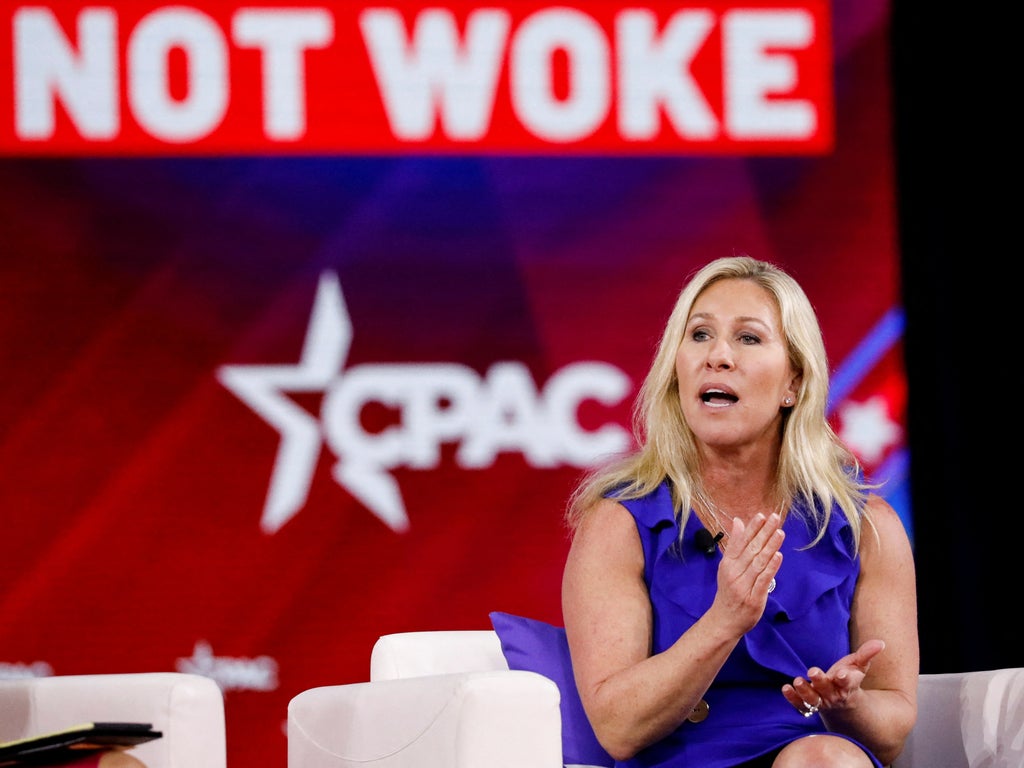 Republican House leader Kevin McCarthy has been called “toothless” for inadequately dealing with Reps Marjorie Taylor Greene and Paul Gosar after their appearance at a white nationalist event.

The Republican, who has faced accusations of facilitating far-right members of his caucus, said he would talk with both representatives in the coming days following a backlash.

He told CNN on Monday that appearing at a white nationalist event “was appalling and wrong”, and that there was “no place in our party for any of this”.

Hours later, Rep Alexandria Ocasio-Cortez condemned Mr McCarthy for inadequately addressing the issue and what she called “the KKK caucus”, in a reference to Ms Greene and Mr Gosar.

“McCarthy has been protecting his little KKK Caucus for years with these toothless statements and meetings,” the New York congresswoman tweeted. “It’s how he covers for them.”

Ms Greene and Mr Gosar have both been rebuked by Democrats and Republicans for associating themselves with the America First Political Action Conference, which is known for being both anti-Semitic and far right.

The Georgia Republican has, however, dismissed the backlash from her party and Democrats as “disingenuous allegations” and “tasteless”. Mr Gosar, who reportedly appeared at the same event last year and delivered a recorded video message this year, has not commented on the recent controversy.

Ms Ocasio-Cortez continued on Monday by attacking Mr McCarthy for condemning the two House members and not going further in his actions. Last year, Mr Gosar, an Arizona Republican, tweeted an animation of him killing the congresswoman,.

Ms Ocasio-Cortez wrote: “McCarthy stood on the House floor and passionately defended Rep Gosar, who also headlined fundraisers for white nationalist orgs and escalated into inciting violence in the House.”

“He made it fair game. It’s not an exaggeration in the slightest to say he works to protect them.”

The Republican leader in the Senate, Mitch McConnell, said on Monday, “There’s no place in the Republican Party for white supremacists or anti-Semitism,” following criticism of Ms Greene and Mr Gosar associating with the America First Political Action Conference.

The conference was organised by Nicholas Fuentes, a white nationalist activist with a history of making anti-Semitic statements. It ran alongside the CPAC conference – an annual conservative political event, that was held in Orlando, Florida.