This Won’t Be the Last Breakdown in the House 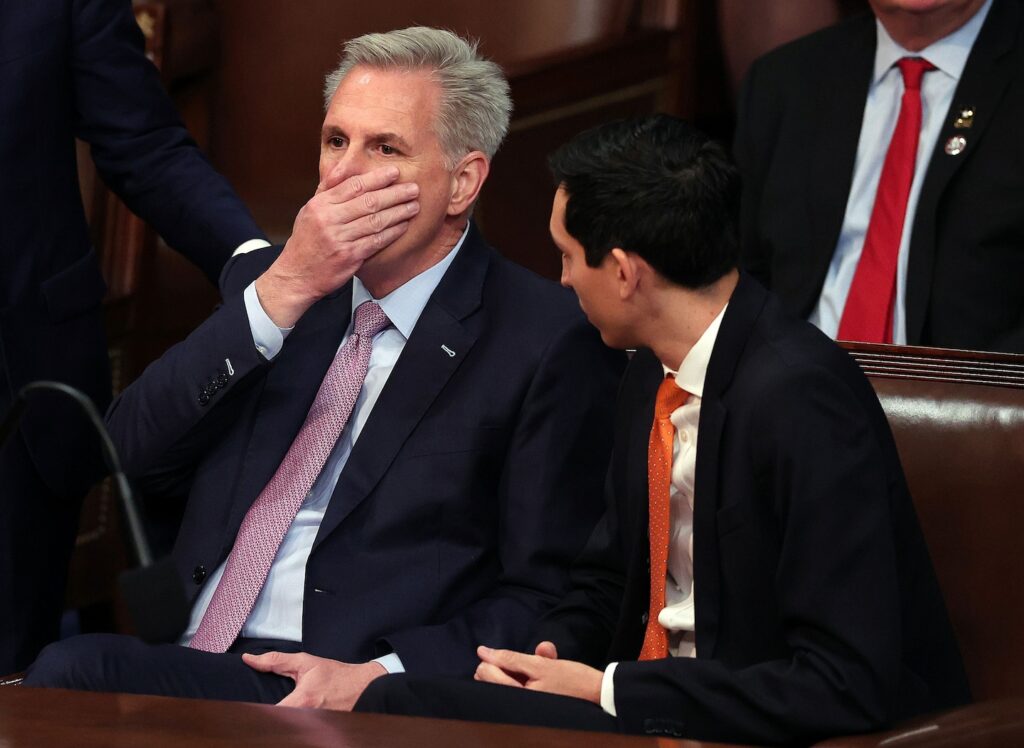 Representative Kevin McCarthy seems likely to be elected the next speaker of the House, perhaps by Friday night. We don’t yet know the details of what he promised rogue Republicans, some of whom opposed him for 13 votes. McCarthy was still a couple of votes short when the House adjourned Friday afternoon for a few hours. But the very fact that the dissident Republicans appeared to secure significant concessions lets us know what’s most important: This is going to be an extremely dysfunctional House, where any small group from the majority party knows that tantrums will be rewarded.

Republicans already had a tough road ahead in the majority given their very slim margin of power. With only 222 Republicans, all it takes is five (combined with all the Democrats) to defeat any measure brought to the House floor. It’s hard to keep that many members of Congress together even if they are from a unified party with experienced leaders who have a reputation for winning votes. This party is anything but unified. And we’ve just seen in as dramatic a form possible that the party leadership can be rolled.

Granted, it’s also the least ambitious new majority in decades. I listened to most of the speeches from Republicans nominating speaker candidates this week, and I don’t think I heard them mention a single piece of legislation that they intended to pass. They talked about problems — the border, fentanyl, inflation, budget deficits — but they didn’t come close to proposing bills to address these challenges.

It’s been a post-policy party for a long time. But back in 2011, the last time Republicans had a new House majority, they talked about repealing and replacing the Affordable Care Act and about tax cuts; when Republicans had unified party control, they envisaged building Donald Trump’s wall. Now? They didn’t even reach that (very fuzzy) level of what they’re going to do.

So don’t expect much legislating.

The question now is whether they will be able to pass normal yearly spending bills before the current ones expire at the end of September, and whether they will approve an increase in the debt limit when that’s necessary at some point in the second half of the year. It seems extremely unlikely that they will be able to do either — let alone successfully cut a deal that would also pass in the Senate and be signed into law by a Democratic president. Indeed, it seems unlikely that they will even be able to pass temporary spending extensions to keep the government running.

That means one or more prolonged government shutdowns is likely. And President Joe Biden will probably need to take extraordinary measures to prevent a federal debt default — or else that economic cataclysm will occur, too.

Oh, and don’t expect emergency spending requests, whether for Ukraine or national disasters  or for anything else, to be easy lifts. They will just be another occasion for political hostage-taking. And one of the highest principles the dissident Republicans appear to believe in is that if there is a hostage available, take it, and worry about demands later.

So far, it’s the most radical faction that has taken the speakership hostage and won, apparently receiving a handsome ransom. Expect them to do so again. And it wouldn’t be entirely surprising if some other group — perhaps defense hawks, perhaps something else — get in on the game.

In other words, this week may have only been a taste of just how bad things might get in an incompetent House of Representatives.

Jonathan Bernstein is a Bloomberg Opinion columnist covering politics and policy. A former professor of political science at the University of Texas at San Antonio and DePauw University, he wrote A Plain Blog About Politics.