Oil blows past $116 a barrel; stocks poised for gains despite tensions 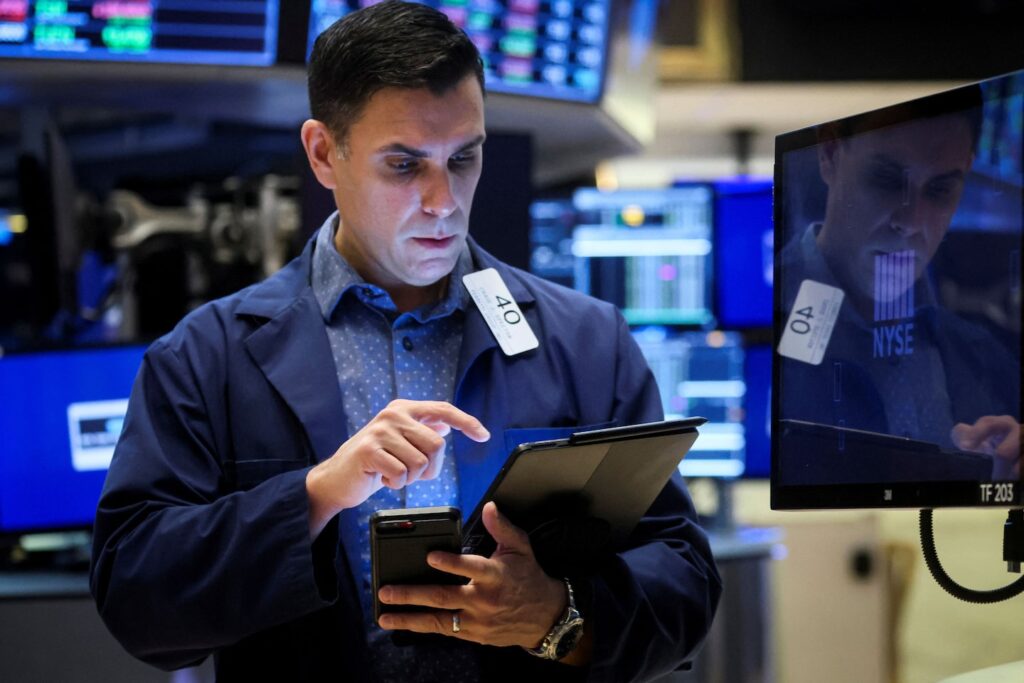 Oil prices were pushed to dizzying heights Thursday as investors maneuvered around Russian products. West Texas Intermediate, the U.S. oil benchmark, reached $116 per barrel in premarket trading for the first time since 2008. Brent crude, the international oil benchmark, was trading near $117 per barrel, its highest level since 2013.

Prices for aluminum, nickel and wheat — other exports tied to Russia and Ukraine — also have been pushed to multiyear highs as the conflict continues.

Shortly after the opening bell, the Dow Jones industrial average had gained 0.6 percent, and the broader Standard & Poor’s 500 had gained 0.3 percent. The tech-heavy Nasdaq was barely negative. All three indexes are down 6 percent or more year to date, according to MarketWatch.

Stocks rallied Wednesday after Federal Reserve Chair Jerome H. Powell signaled that he would support a smaller hike in interest rates than some investors had priced in as the central bank tries to rein in inflation. Powell, who is testifying again Thursday before the Senate Banking Committee, said Russia’s war in Ukraine has “highly uncertain” implications for the U.S. economy, and he signaled that the Fed would be nimble in its response.

Investors typically look past geopolitical tensions, but stocks have been gyrating in tandem with each headline since the invasion of Ukraine. Russia’s role as one of the world’s biggest energy producers means that the impacts of sanctions, and Russia’s array of possible responses, could trickle through the economy, further fueling inflation that has already surged to a 40-year high.

Markets loathe uncertainty, and the conflict is compounding the tangle of tensions that spurred a volatile start to 2022 trading. Companies were already being vexed by labor shortages, a deeply distressed global supply chain, soaring inflation and the coronavirus pandemic’s continued threats before the crisis in Ukraine.

Gold, a Russian export and investor safe haven in times of international turmoil, continued its upward march Thursday, edging up 0.4 percent to trade around $1,930 per troy ounce.

This week, the U.S. government and its European allies introduced sweeping penalties that banned all people in the United States and the European Union from trading with Russia’s central bank. The sanctions also apply to Russia’s Finance Ministry and its sovereign wealth fund. In recent days, officials have also moved to bar several major Russian banks from SWIFT (a global monetary transfer service), crack down on Russian oligarchs and prevent Russia’s central bank from bailing out the domestic economy.

Other costs are piling up: 33 countries, including the United States, Canada and European Union members, have closed their airspace to Russian planes — a move that Russia has reciprocated and that is likely to cause an increase in travel costs.

International sports organizations have been severing ties with Russia and stripping the country of the right to hold major events. Auto giants such as Volkswagen and Mercedes-Benz have halted exports to Russia, while home-furnishing giant Ikea said Thursday that it would close its Russian stores, pause production in the country and stop exporting goods there. Apple, Nike and H&M have halted Russian sales, while Republican governors have moved to restrict the sale of Russian vodka.

The value of the ruble plunged to less than 1 U.S. cent this week as Russia felt the full weight of the sanctions. The Bank of Russia has kept the country’s stock market closed for several days in an effort to stanch the flow of money out of its economy, which was already showing signs of severe distress before the new measures were implemented. Last week, as the incursion into Ukraine unfolded, Moscow’s MOEX index endured one of the steepest equity crashes in stock market history.

Russian stocks listed outside the country have also felt the pain. Index provider MSCI said Wednesday it would eject Russian stocks from its emerging markets indexes, arguing that the country’s equity market has become “uninvestable.” On Thursday, the London Stock Exchange blocked the trading of 27 companies with close Russian ties, including giants Gazprom, Lukoil and Rosneft.