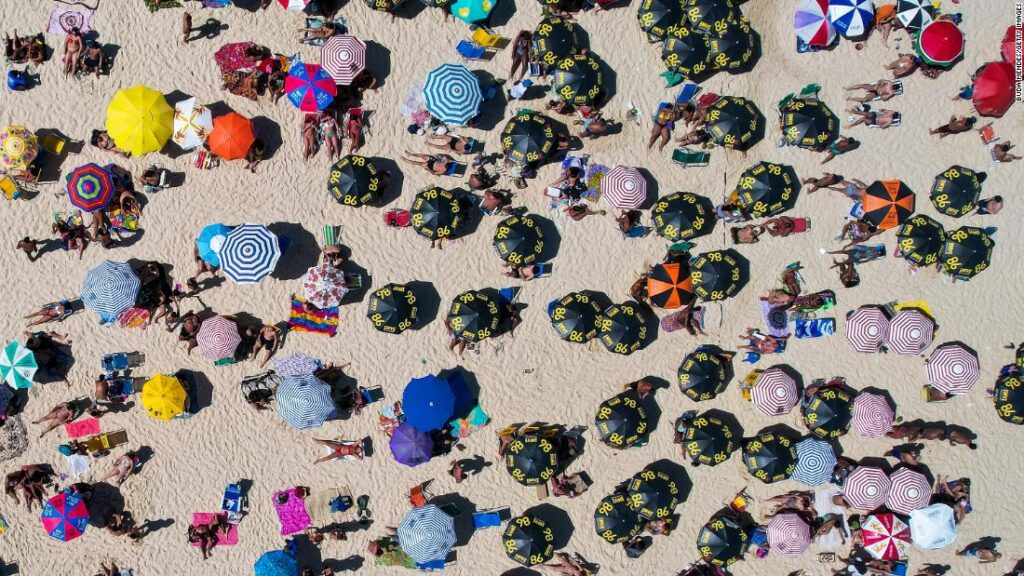 The next influx of infections will probably come from the newer Omicron subvariants BA.4 and BA.5, two closely related viruses that were first characterized in South Africa and that landed in the United States around late March, according to the gene sequence sharing site GISAID.

These variants are gaining ground against BA.2, particularly in the central part of the country. Recent research suggests that they escape immunity created by vaccines and past infections.

According to the most recent updates from the US Centers for Disease Control and Prevention and the genomics company Helix, BA.4 and BA.5 together accounted for an estimated 6% to 7% of new infections in the US in late May.

“It’s a serious threat,” Dr. David Ho, a professor of microbiology and immunology at Columbia University in New York City, wrote in an email. “Only a month ago, it was .02 percent.”

BA.4 has been detected in at least 30 countries, and BA.5 has been sampled in 32 countries, according to the website Outbreak.info, which is maintained by the Scripps Research Institute.

Ho and his co-authors recently tested antibodies from the blood of vaccinated and boosted people, as well as the antibodies of people who’d recovered from breakthrough Covid-19 infections, against engineered BA.4 and BA.5 viruses in the lab. In each case, they found a drop in potency against BA.4 and BA.5.

They found that that BA.4 and BA.5 viruses are more than four times as likely to escape antibodies in people who’ve been vaccinated and boosted compared with BA.2 viruses.

All of this means BA.4 and BA.5 are more likely to lead to breakthrough infections, even in people who’ve had Covid-19 before.

Without upgraded vaccines or boosters, Ho expects that a lot of Americans will get sick in the coming weeks to months. “I think we will see lots of infections but not necessarily more severe disease or deaths,” he said.

Ho’s research is posted as a preprint, which means it has not been scrutinized by outside experts or published in a medical journal.

South Africa, which is ahead of the US in its BA.4/BA.5 cycle, has seen infections rise but has not seen a corresponding increase in deaths, said Shishi Luo, associate director of bioinformatics and infectious disease at Helix.

“So I think if we extrapolate from South Africa, what we’ll see in the US is that BA.4 and BA.5 will increase, because it has some competitive advantages compared to existing strains, but fingers crossed, it is not going to lead to more severe outcomes,” Luo said.

One question variant hunters have asked is whether BA.4 and BA.5 can outcompete BA.2.12.1, the highly contagious strain that’s currently the main cause of Covid-19 infections in the US.

These branches of the Omicron family tree rose to prominence about the same time; BA.2.12.1 quickly took over the US while BA.4 and BA.5 were establishing themselves in South Africa.

They share some similarities, including changes at location 452 of their genome, a genetic address known for helping variants escape our immunity.

“You don’t know how to rank them if they haven’t ever fought,” he says.

But BA.4 and BA.5 have gone up against BA.2.12.1 in other parts of the world, like the UK. There, scientists found that the time it took the number of infections caused by a variant to double was about 5½ days for BA.2.12.1 and about a day less for BA.4 and BA.5, indicating that those viruses are spreading faster. The doubling times were included in a recent technical report from the UK Health Security Agency.

“The betting favorite now suggests that BA.4 and BA.5 would be able to take out BA.2.12.1,” Greninger said.

Ho and his team think they may have figured out what’s giving BA.4 and BA.5 an extra edge.

In addition to all the changes in other Omicron variants that help them shrug off our vaccines, these viruses pulled off a F486V mutation. That’s a big change that helps disguise them from our immune system. In the past, it came with a downside: It made the virus’ spike less likely to be able to bind to our cells, so they were less competitive. But BA.4 and BA.5 have an additional mutation, called R493Q, that restores their ability to bind to cells, restoring their ability to infect us.

Though BA.4 and BA.5 seem capable of overpowering BA.2.12.1, they haven’t squared off in the US, and the fitness of these strains depends a lot on the playing field. The variants aren’t following a rulebook.

But for the next few months, experts say, there’s just going to be a lot of Covid-19 around us.

“For the summer, going into the winter, I expect these viruses to be out there at relatively high levels,” Greninger said. “Just the number of cases, the sheer disruptions of the work force — It’s just a very high, high burden of disease.”