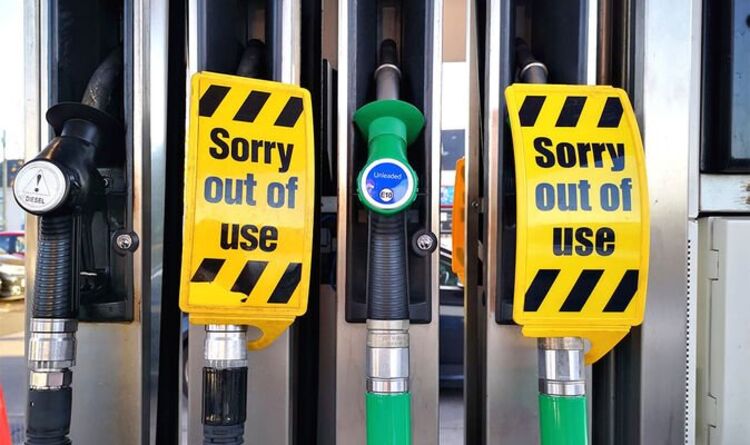 A motorist was left fuming after he noticed a Tesco petrol station was closed to the public, but a member of supermarket staff was being allowed to fill up their car. The supermarket chain, however, said that it was the customer’s behavior that was unacceptable.

Large queues built up outside the Tesco branch in Hamilton, Leicester over the last week as protests at fuel plants across the UK have led to a shortage of petrol.

As a result, the Tesco station has been forced to turn away customers.

However, frustration eventually boiled over for one member of the public after he noticed that the station was closed and coned off, but a member of staff was being allowed to fill up their car.

He then posted a video of him on TikTok confronting a worker at the petrol station and their colleague who was filling up.

The most recent shortage seems to be caused by climate protesters blocking major fuel depots.

This in turn is exacerbating existing supply issues due to increased demand post-Covid lockdowns and Russia’s invasion of Ukraine.

Several cities and towns across the UK, including London and Birmingham, saw a wave of petrol station closures last week.

Petrol stations have been suffering from supply chain issues after climate activism groups Just Stop Oil and Extinction Rebellion have teamed up to block key terminals across the country to protest the environmental effect of oil and gas.

Both groups said they want to disrupt fuel supplies to London and the South East of England and will continue to do so until the Government agrees to stop all new fossil fuel investments immediately.

Oil pipeline distributors ExxonMobil UK said the protest, which started on April 1, shut down three of its terminals as a result.

Cambridgeshire, Oxfordshire, and parts of the Capital have been particularly impacted over the last week, with many filling stations closed or suffering from long queues as people tried to fill up.