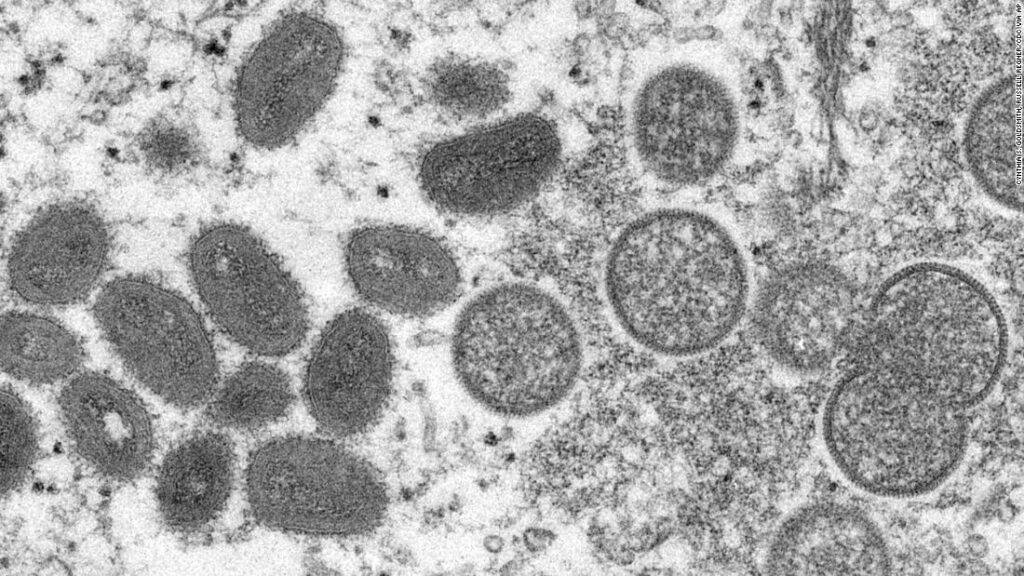 The case of monkeypox was confirmed in a man in Massachusetts who had recently traveled to Canada, state health officials announced earlier in the day.

The patient is hospitalized in stable condition at Massachusetts General Hospital, Dr. Paul Biddinger, the chief preparedness and continuity officer at Mass General Brigham, said during a news briefing.

The patient has been in an airborne infection isolation room since last Thursday.

“This patient, fortunately, is doing quite well now, although did have, have symptoms that require the hospitalization,” Dr. Erica Shenoy said.

Biddinger said they are not sure how the patient was infected, but emphasized “that historically, this has been a very rare disease, with very rare transmission around the world. What we have seen in the United Kingdom, in Spain and in Europe, has been novel and that gives us cause for concern, but, I think appropriately, people should not be afraid of monkeypox right now.”

He said the current patient is of “no public health risk,” adding people should “be aware of symptoms but not be afraid.”

Shenoy, medical director for the Region 1 Emerging and Special Pathogens Treatment Center, said the patient has the West African strain of monkeypox, which is known to be less severe.

The individual’s testing was first completed in the state’s public health laboratory Tuesday, and on Wednesday the CDC confirmed the case through its own testing.

Canadian health officials said no cases of monkeypox have been reported to the Public Health Agency of Canada.

Multiple clusters reported across the globe

The CDC says it is also tracking multiple clusters of monkeypox that have been reported within the past two weeks in several countries that don’t normally report monkeypox, including Portugal, Spain, and the United Kingdom.

“It’s not clear how people in those clusters were exposed to monkeypox but cases include individuals who self-identify as men who have sex with men,” the agency said in a press release.

“Many of these global reports of monkeypox cases are occurring within sexual networks. However, healthcare providers should be alert to any rash that has features typical of monkeypox. We’re asking the public to contact their healthcare provider if they have a new rash and are concerned about monkeypox,” Dr. Inger Damon, Director of CDC’s Division of High-Consequence Pathogens and Pathology, said in the press release.

The CDC says people who may have symptoms of monkeypox, and those who have close contact with them, should contact their doctor if they have any unusual rashes or lesions. Symptoms may include a flu-like illness, lymph-node swelling and a rash on the face and body.

Monkeypox is a rare but dangerous infection similar to the now eradicated smallpox virus. It is usually contracted from a rodent or small mammal, and it does not easily spread from one person to another. However, the monkeypox virus can spread through contact with body fluids, monkeypox sores, or items such as clothing and bedding that have been contaminated with the virus. It can also spread from person to person through respiratory droplets, typically in a close setting, according to the CDC.

The Massachusetts case is the first case reported this year. The first known travel-associated monkeypox case in the US involved a man traveling from Nigeria to Texas in July 2021. A second US case was identified later that year, also involving a traveler from Nigeria.