Middle schoolers launched a boat from New Hampshire in 2020. It was found in Norway 462 days later 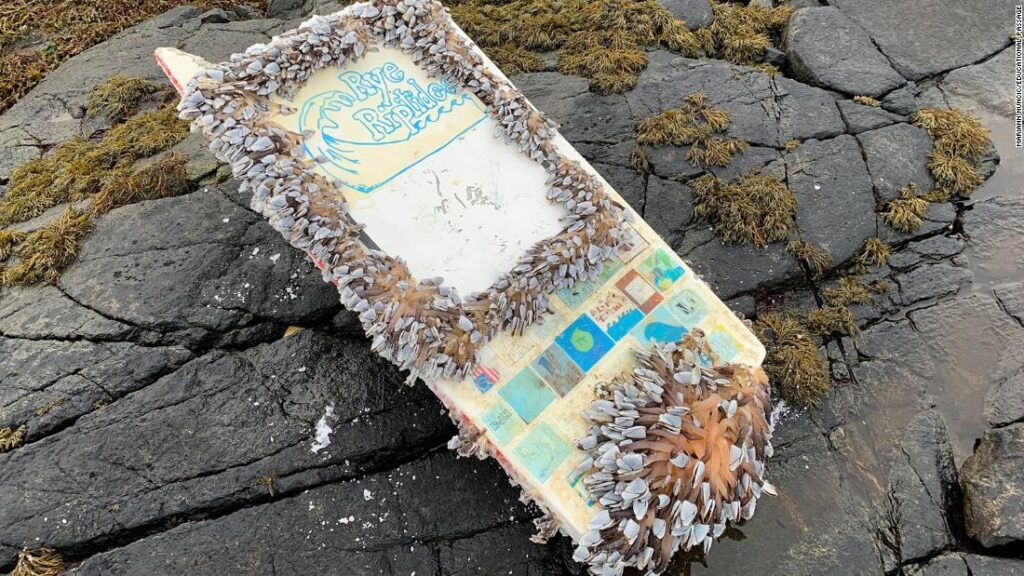 It began at Rye Junior High School, located about 50 miles east of Concord, through a not-for-profit program to spread ocean and environmental literacy called Educational Passage.

Students build the GPS-tracked boat, fill it with items, decorate it and send it on its way. “It’s like a 21st century message in a bottle,” Stymiest said.

The boat kit was originally purchased in 2018 by a now-retired teacher and each of her fifth-grade classes worked together to build it since then, according to Stymiest.

When the pandemic prevented this year’s class from finishing the decorating process, Stymiest volunteered to help out. Students sent their decorations to her and she put the finishing touches on the vessel, which they named Rye Riptides. On launch day, the students watched Riptides set off on Facebook Live.

In the months after the October launch, classes watched Riptides make its way up and across the Atlantic Ocean through data from the GPS tracker. Its last pinged location was on September 30, 2021, and Stymiest said they thought they had lost the boat when they didn’t see another notification for months.

But, on January 31, she noticed the location had changed. Riptides had landed on the coast of Smøla, Norway.

She immediately took to social media to reach out to the local community about retrieving the vessel. Then, on February 1, Mariann Nuncic responded that the boat was on an island near her house.

That afternoon, when her son, Karel, got home from school, the Nuncic’s got in their boat and searched the coast to find what was left of the miniboat.

And find it they did — Riptides was covered in Gooseneck barnacles, had lost its mast, and its hull and keel were no longer attached, but its precious cargo was still safe.

Karel, who also happens to be in the sixth grade, took the boat to his own class. They opened it to reveal the items inside, which including leaves, US quarters, and even a face mask with the students’ names on it.

The Rye Junior High students, who were now in sixth and seventh grade, were excited to hear about the recovery, Stymiest said.

The two classes are eager to meet each other and will do so on Thursday through Zoom, Stymiest said.

Going from New Hampshire to Smøla may seem like a lengthy journey for such a small boat, but Stymiest said it isn’t their longest. That award goes to a vessel sent from Massachusetts that landed in Australia.

Correction: An earlier version of this story misstated the ocean where the boat sailed. It was the Atlantic.

Underwater expedition aims to unravel mysteries of the Maldives