Airbus to use A380 to test hydrogen-fueled engine 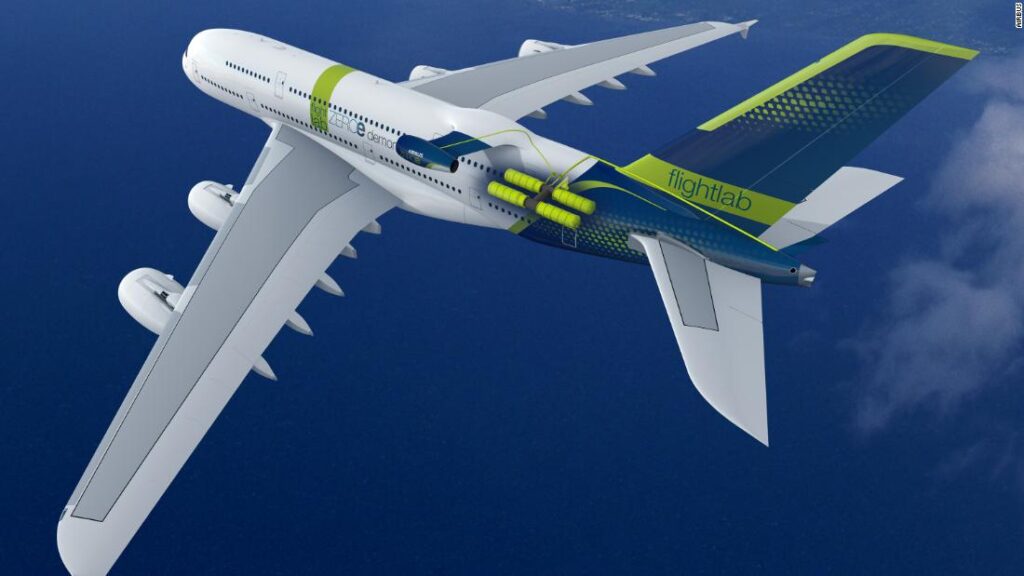 The French aircraft maker has announced plans to test hydrogen fuel technology using a modified version of one of its A380 jetliners, which were discontinued last year.

Airbus has partnered with CFM International, a joint venture between GE and Safran Aircraft Engines, on the hugely significant hydrogen demonstration program.

The plane manufacturer will use an “A380 flying testbed fitted with liquid hydrogen tanks” to trial propulsion technology for its future hydrogen aircraft.

“Our ambition is to take this (A380) aircraft and add a stub in between the rear doors at the upper level,” says Glenn Llewellyn, vice president for zero emission aircraft at Airbus, in a video posted on the Airbus YouTube channel. “That stub will have on the end of it a hydrogen powered gas turbine.”

He goes on to explain that the aircraft will be fitted with hydrogen storage and hydrogen distribution, which will feed its engine with the chemical element.

According to Llewellyn, the aim of the “flight laboratory” is to learn more about hydrogen propulsion systems in real ground and flight conditions, thus enabling Airbus to press on with its plans for a zero-emission aircraft in just over a decade.

Test flights are currently estimated to take place in 2026, provided everything goes to plan. The news comes over a year after Airbus unveiled three hydrogen-based concepts under the ZEROe banner.

A rendering of the A380 flight test platform, which will put hydrogen combustion technology to the test.

“This is the most significant step undertaken at Airbus to usher in a new era of hydrogen-powered flight since the unveiling of our ZEROe concepts back in September 2020,” Sabine Klauke, chief technical officer for Airbus, said in a statement.

“By leveraging the expertise of American and European engine manufacturers to make progress on hydrogen combustion technology, this international partnership sends a clear message that our industry is committed to making zero-emission flight a reality.”

The global aviation industry has pledged to slash emissions to half their 2005 levels by 2050.

A number of air carriers are moving towards sustainable aviation fuel (SAF) in order to help reduce the environmental impact of flying, with British Airways’ parent company IAG revealing plans to power 10% of its flights with SAF by 2030 and United Airlines completing its first successful flight by 100% sustainable fuel last year.

However, Airbus is hedging its bets on hydrogen, which can potentially reduce aviation’s carbon emissions by up to 50%, according to the airplane manufacturer.

“I strongly believe that the use of hydrogen — both in synthetic fuels and as a primary power source for commercial aircraft — has the potential to significantly reduce aviation’s climate impact,” says Guillaume Faury, chief executive for Airbus.

Meanwhile, aviation firm ZeroAvia is currently developing a 19-seater aircraft that will operate commercial hydrogen-electric flights between London and Rotterdam from 2024.