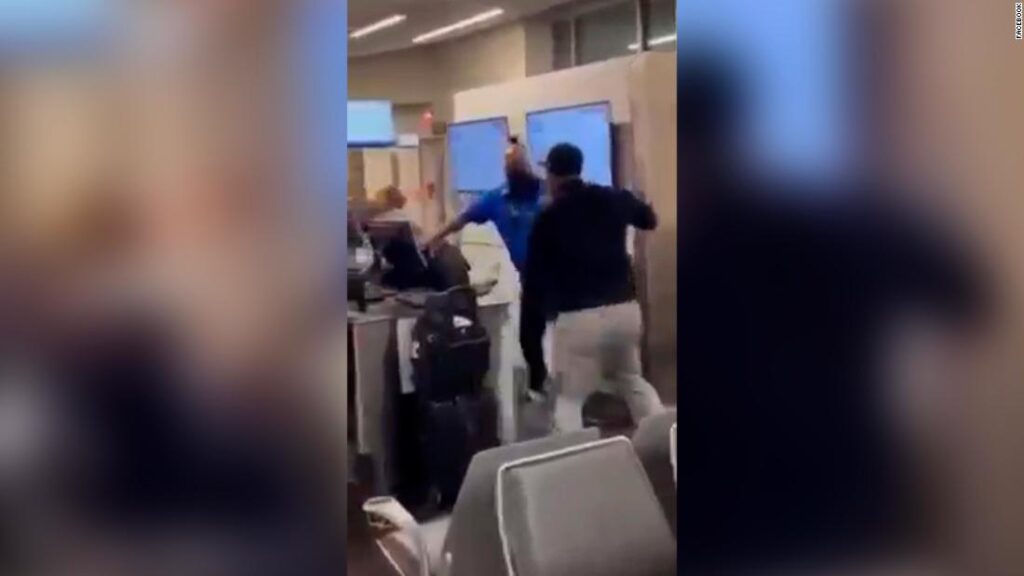 Social media video of the incident shows Courtney Drummond shouting as he approaches a counter, and punching an employee. The video also shows several employees intervening.

In a statement, the Atlanta Police Department said Drummond refused to comply with flight attendants as a Southwest flight was being taxied from the gate to the tarmac.

Police said Drummond was asked to leave the flight after the plane was forced to return to the gate due to his “aggressive behavior.”

“After Mr. Drummond was escorted off of the plane, he threatened a Southwest Gate agent several times and ultimately assaulted him,” police said.

Drummond was arrested on charges of simple battery, battery, and obstruction, and was taken to the Clayton County Jail.

Southwest Airlines also commended the actions of their employees “who responded to protect their colleagues during this unacceptable event,” and thanked law enforcement for their response.

Drummond’s mother, Gwendolyn Foster, confirmed to CNN her son is still in custody in Georgia, and apologized for the incident.

“My heart goes out to everyone, the staff at Southwest — they are in my prayers. I’m sorry this happened and this was caused by him,” Foster said. “He comes from a godly family. My husband is a pastor of a church here.”

Foster said the family is sorry and “very hurt” by the incident.

“I pray in due time that God will heal all wounds and let’s move forward and continue to love each other as God loves us,” Foster said.

According to the Clayton County Jail log, Drummond is being held on three charges, and his bonds equal $10,000 with $1,600 in fees.